For the first time, Facebook intervened in the content of the official page of the President of the United States, and Twitter completely deprived Trump's election headquarters of the right to post new messages, saying that the head of the White House was spreading false information about the coronavirus, writes Air force. 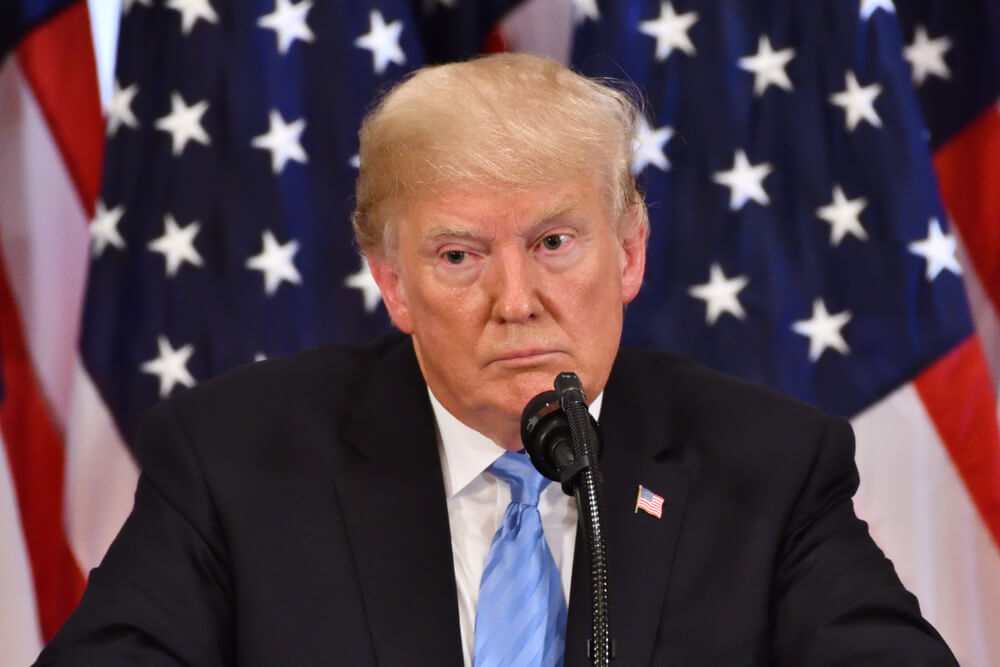 In a video clip released, the head of the White House said that he continues to insist on the opening of schools in the United States and the resumption of classrooms for all students, since, in his opinion, children are "almost completely immune" from the coronavirus.

A few hours later, the message was removed from the official page of the US President on the social network. A company spokesman said Facebook was forced to do so because the posted "video contains false claims that a certain group of people is immune from the coronavirus."

Previously, the social network has already removed advertisements posted by Trump's campaign headquarters, but the official page of the 45th President of the United States has so far managed to avoid censorship.

Twitter spokeswoman Liz Kelly said the message posted by the presidential campaign violated the rules of the social network.

She explained that the president's employees have the right to appeal this decision, but the official headquarters page will be blocked until the post that caused discontent is removed.

“The account owner will not be able to post new messages until they delete it,” she explained.

During a telephone interview broadcast by Fox News, the US president said children are immune to the coronavirus, so teachers and parents fears about his administration's demands to reopen schools are unfounded.

“It’s hard to believe,” the head of the White House developed his thought. “I don’t know how you feel about it, but children have stronger immune systems than we do. Especially in relation to this [coronavirus. - Red]. And they have no problem with that. They just don't have a problem. ”

Trump also saw fit to explain that he did not want to talk about "full immunity" in children in order to avoid critical press comments.

“The facts show that they are not affected by this problem, and we must reopen our schools,” the US President summed up.

A week earlier, answering questions from reporters at the White House, Donald Trump made similar statements.

“I will say it again: young people are almost completely immune from this disease,” he said. - The younger the better. They are stronger and they have a stronger immune system. ”

According to WorldometersBy August 6, the coronavirus had killed 161 people in the United States. These statistics include people of all ages, including teens and nursing infants.

The official website of the US Centers for Disease Control and Prevention (CDC) emphasizes that children, just like adults, are at risk of contracting the virus.

The Center recommends that parents limit as much as possible any contacts of children, including joint games with peers, and suggests replacing them with “virtual contacts”.

Most US states have already announced that schools will remain closed until at least mid-January 2021, and lessons for all students will be held online only.

On the subject: Trump will block TikTok if the app is not sold to an American company

Representatives of the Trump re-election campaign accused Facebook of displaying "blatant bias" against the president, writes The Hill... They disagreed with Facebook's claim that what the president said was actually wrong.

“The President stated that children are less susceptible to coronavirus,” said Courtney Parella, deputy campaign spokeswoman for Trump's campaign. “Another day, another demonstration of Silicon Valley's blatant bias against this president, where the rules apply in only one direction. Social media companies are not arbiters of the truth. "

Facebook previously removed Trump's campaign ads, but this time for the first time removed a post on COVID-19 from the president's page.

The White House has not yet commented on the incident.

Social media users claim that they broke a full house at the Trump rally: how did they succeed