Home Page World Trump will save the world, but coronavirus does not exist: QAnon movement is gaining popularity in the world

QAnon theorists believe that Donald Trump will save the world and that COVID-19 does not exist. They are also convinced that the world is ruled by pedophile Satanists. During the pandemic, more and more people began to believe in this theory and try to attract others to this movement. The details are shared by the publication Air force. 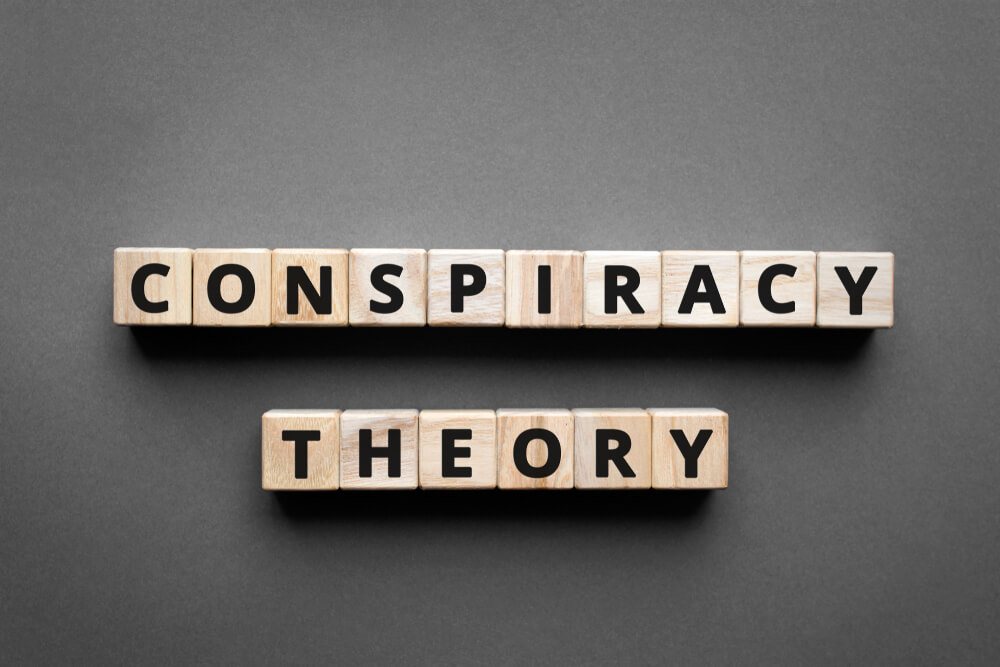 Proponents of the QAnon theory, which originated in the United States in late 2017, believe that the world is controlled by an elite group of pedophile Satanists. They are convinced that only the current President of America, Donald Trump, can save the world, and this can be done with the help of high-ranking military intelligence officers.

During the pandemic, more and more people began to believe in this theory, as evidenced by the increase in the number of participants in relevant groups on social networks. For example, one of the largest QAnon Facebook groups has grown by 700% in just four months. And the movement's popularity continues to grow.

To become a QAnon member, you need to swear allegiance to the movement. “Where we go one at a time, there we go together,” the movement's supporters repeat, raising their right hand up.

Adepts are confident that Trump is waging a secret fight against the Satanist pedophile sect in the US Democratic Party. The latter, according to the participants in the movement, control the whole world - the media, Hollywood, and especially politicians, for example, Hillary Clinton. They also believe that Donald Trump is posting hidden messages on anonymous forums like 4chan, 8chan and 8kun.

Initially, not all supporters of the theory supported the current US president. However, the movement gradually turned into a real Trump cult. “I have never voted in my life, I do not believe in the voting system,” said musician Nick Nittoli. "When Trump came along, I first thought he was a pawn in the hands of the Illuminati." In his opinion, the American government is working for the benefit of "a certain group of people trying to control us." Nittoli himself began publishing information on the Internet a few months ago. But the number of responses received, he admitted, was staggering.

When the QAnon theory first appeared, it had few supporters. But in March 2020, there was a sharp jump. Most of the movement's supporters are based in the United States, but users from the UK, Germany and Brazil are increasingly joining them.

Aoife Gallagher, a spokesman for the Institute For Strategic Dialogua think tank, says the astounding surge in interest has occurred "at a time of social instability and confusion for a huge number of people." “People needed answers to the question of why this is happening to them,” the expert said. “In addition, they found themselves locked at home, in their computers, in their phones. All day long. Posts with QAnon began to catch their eye more often. "

Last year, the FBI identified QAnon as one of its homeland security threats. QAnon has appeared on platforms associated with radical right-wing extremists and white supremacists. And although the supporters of this movement themselves cannot be attributed to extremists, Gallagher believes that "the theory itself gravitates towards extremism." “It includes anti-Semitic ideas. And it is directed against the same groups of people as the activities of extreme right-wing extremists, ”the expert noted.

Meanwhile, members of the Reddit group at Facebook share personal stories of their loved ones being sucked into the movement and express concern about it. One of the users said that his loved one believes that the coronavirus was invented by Bill Gates. That he created a vaccine, with the help of which microchips are implanted into the bodies of people to monitor their movements.

Some are convinced that their relatives have ended up in the sect. Among the supporters of the QAnon movement, it is true that it is customary to actively involve as many friends and relatives as possible. They call it "red pill" (from the English. Red pill - red pill, a reference to the movie "The Matrix").

People who do not believe in coronavirus because of their belief in QAnon are in particular danger. They refuse to maintain social distance, wear protective masks in public places, putting themselves and others at risk. "My father is a cancer survivor and is immunocompromised," said the American, who worries his father's life would be in danger "if he starts to believe it."

Several members of the movement are planning to take part in the US presidential elections in 2020. There will be at least 14 QAnon supporters on the candidate list. And one of the candidates - Marjorie Taylor Greene - may even make it to Congress.

Twitter recently declared war on the QAnon conspiracy theorists. The social network began blocking posts and accounts related to traffic. “We have always made it clear that we will deal with behavior that can cause harm offline. Following this principle, we will apply measures to the so-called QAnon traffic on our service, ”the statement said.

As writes edition «Medusa», the QAnon movement started after a particular news feed. It happened at the end of October 2017 on the political forum / pol / of an anonymous imageboard 4chan in a thread called “Calm Before the Storm”. The phrase "This is probably the calm before the storm" Trump himself uttered at a meeting with his military advisers on October 5, 2017, puzzling everyone with its mystery - no comments were made to clarify what he meant, neither from the president himself nor from the White House.

Demand for bunkers sharply increased during the pandemic in the USA: how much does shelter cost and what is inside

'Threat and blessing': how one of the few countries lives without coronavirus

Interesting facts and conspiracy theory: in the United States celebrate the 50 anniversary of the moon landing