Home In the U.S. What will be the new capital of marijuana in America

What will be the new capital of marijuana in America

Cannabis should be the new gold of the XXI century. At least, the company’s CEO thinks so American green, which bought out an entire city in California and intends to turn it into a marijuana mecca. "Lenta.rI figured out what will be the new "grass capital" of America.

“The marijuana revolution is sweeping across the US. It can give new life to our cities just as the gold rush did in the 19th century, ”the head proudly said. American green David Guyter after the news of his purchase by the corporation of the California town Nipton.

The historic deal was valued at five million dollars. For American Green, which, since 2009, has been developing new technologies for growing and producing medical marijuana, the deal looks rather momentous. The corporation wants to turn Nipton and its surroundings into an environmentally friendly resort of 48,5 hectares. According to the creators, he will provide himself with the energy of the sun and will gladly accept lovers to relax under the bong.

Ganjubas in the Wild West

“I like to say that we are practically located in the heart of the wilderness,” jokes the former owner of the city Roxana Lang. Nipton was laid in the 1905 year at the end of the California gold rush - large deposits of gold and silver were found nearby. The railroad was led through, and prospectors reached out to Nipton, farmers brought cattle to the city in order to load it into wagons and send them to buyers.

But the gold rush came to an end - and life in Nipton froze. There were almost no cars here: the nearest highway passes in 16 kilometers, and almost a hundred kilometers to the major city - the American gaming capital, Las Vegas. The 1930's buildings deteriorated, the trains rush past the abandoned station without stopping. Nipton was literally extinct and turned into a real "ghost town."

In 1950, geologist Gerald Freeman came across lifeless buildings in the desert - and they liked him. “I always felt calm in the desert, when there is plenty of free space around. Los Angeles was becoming too expensive and crowded, ”he recalled. In the end, in 1984, Freeman bought the city from the authorities - as reported Los Angeles Timesfor 200 thousand dollars.

Freeman and his wife Roxana Lang have invested almost a million dollars in the city for more than 30 years - a hotel, a specially equipped parking for motor homes, a camping ground and even a solar power station appeared.
Through the efforts of spouses, Nipton has become a kind of amusement park for those who want to plunge into the atmosphere of the Wild West: tourists came here not only from all over the state, but also from other parts of the country. Freeman and Lang earned about 200 thousands of dollars a year from their brainchild: they enjoyed a favorable geographical position and sold tickets to the residents of the state of Nevada, California regional lottery tickets (the city is located on the border of two states). At the same time, only about 20 people lived in the city.

Authentic streets and Nipton Squares often served as scenery for filming: for example, the films "Hit the bone" were shot with Antonio Banderas and "The Fall" with Kurt Russell. “Russell was brought by helicopter from Malibu every day. He even left us a guestbook entry, ”Freeman said.

In 2015, the couple put the city up for sale: 83-year-old Freeman could no longer take care of his brainchild. “We have no one to pass it on. The city was our love, passion, but it's time for us to let it go free. There is so much to do! Someone should take up the work with great zeal: after all, this is a unique place, ”Lang shared experiences after the city was decided to be auctioned off.
Freeman did not live to see the sale: he passed away on 26 on September 2016 of the year and didn’t know what a wonderful future awaits the city, raised from the dead.

Lang, fortunately, waited. Answering question The Guardian about how the deceased husband took the deal, she laughed: "I think we would find it very funny." According to her, Freeman was a libertarian and treated both the marijuana lovers and supporters of clean energy perfectly: after all, it was under him that the city acquired the first solar power station.

"Our project opens up tremendous opportunities for both our company and the entire marijuana industry," the press release says American green.

The company’s plans are ambitious: no doubt it will be possible to buy plenty of grass in the city, but the company promises to bring the marijuana industry to a new level.

In Nipton, an almost inexhaustible underground source of drinking water: American green plans to saturate it with cannabidiol and bottled. Cannabidiol, unlike other components of marijuana, does not affect the psyche, but it helps to cope with inflammatory processes and calm down. 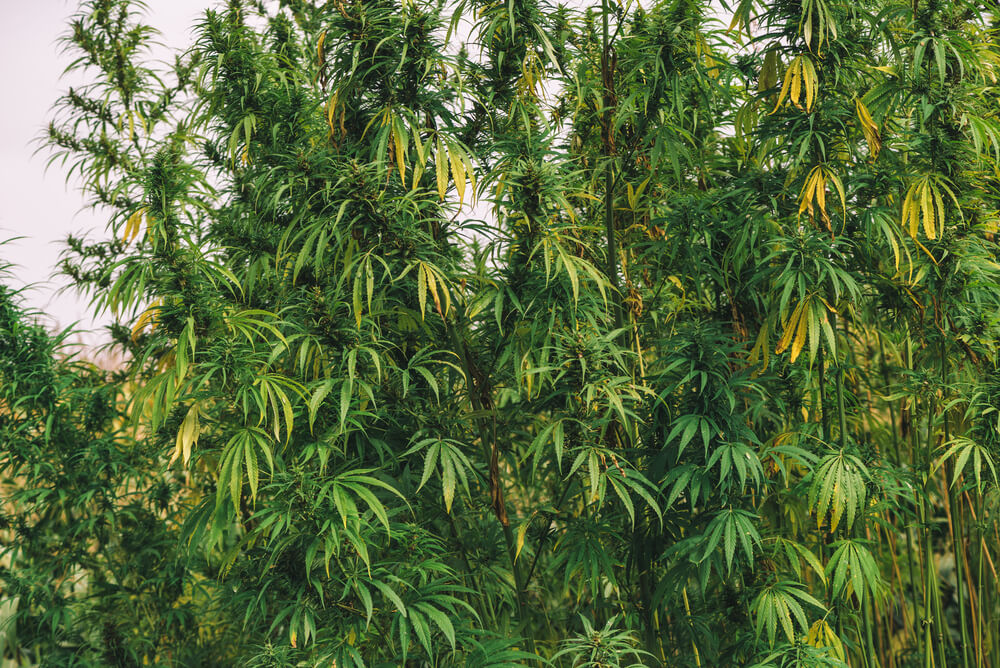 The city is planning to open hotels, organize mineral and cannabidiol baths, create points for selling marijuana, invite artists and artists, hold culinary competitions: in short, Nypton should become a large environmentally friendly resort where tourists from all over the country can enjoy not only natural beauty and atmosphere Wild West and impeccable ecology, but also steaming "jamb".
Nevertheless, on the way of tourists wishing to join the limitless happiness of happiness, there may be several obstacles. The first is the suspicious financial position of the company. As can be seen from the last available report (March 2017 of the year), the situation is more than deplorable: American green 191 total one thousand dollars in cash, two million dollars in property and nearly nine million debts. Stock quotes of the company also leave much to be desired - from the middle of the 2015-th stock invariably traded at the minimum values.

“During its existence, the company has repeatedly issued ambitious press releases, and then did nothing,” said economist Alan Brochstein, who specializes in evaluating marijuana companies.

The second possible obstacle is the policy of the current US President Donald Trump. Cannabis is now legalized in 28 states, but the ruling administration has repeatedly hintedthat lovers indulge in weed without a doctor's prescription, their favorite pleasure may be prohibited.

Legal use of marijuana: what you need to know

In California, a confrontation between winemakers and marijuana growers

15 cities in the US, where most of all fans of marijuana