Home In the U.S. It's dangerous: law enforcement officers ask residents of San Francisco not to visit the city's most popular park

A union representing US parks officers is advising people to stay away from Golden Gate National Recreation Area and San Francisco's Presidio National Park this summer "due to a personnel crisis" that makes parks unsafe for visitors, reports SFChronicle. 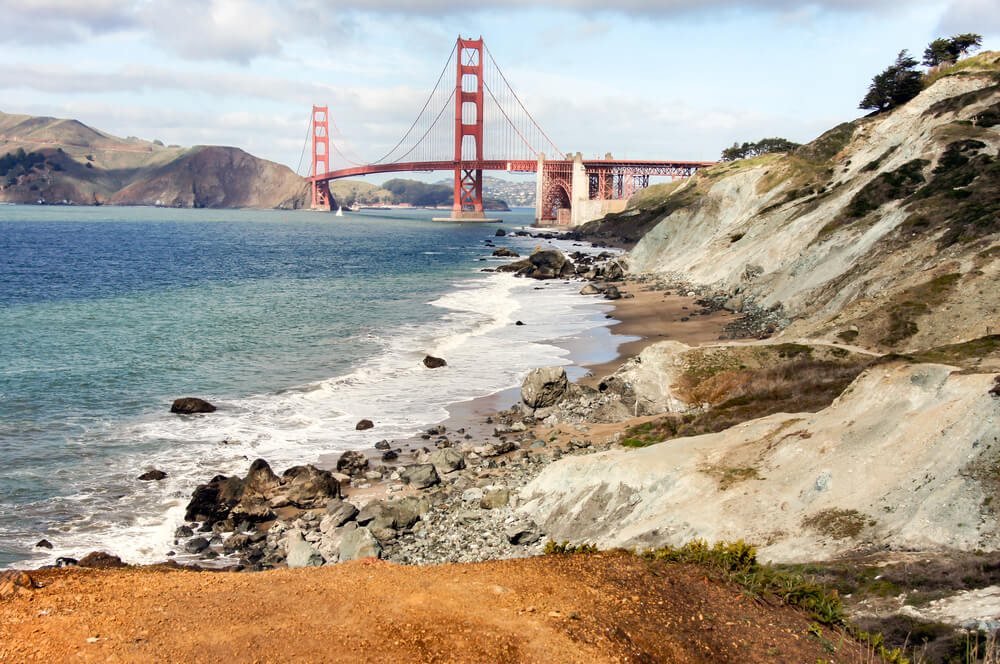 A warning issued in a US Park Police Fraternal Order of Police (FOP) press release on May 24 afternoon said "families should avoid unnecessary travel" to San Francisco's national parks due to a "staffing crisis." .

According to the union, the U.S. Parks Police Field Office in San Francisco has only 11 officers who can patrol the Presidio and the Golden Gate National Recreation Area, which includes Fort Mason, Fort Point, Land End, Baker Beach , Ocean Beach and Fort Funston. Almost every day, overtime is required to ensure that the police meet the minimum staffing of three patrol officers for the Presidio, which is required by the park's trust contract.

On the subject: Warm and inexpensive: top 15 cities in the US for a comfortable life in retirement

"This Memorial Day holiday weekend, millions of American families are putting the finishing touches on their summer vacation plans," said Kenneth Spencer, union chairman, in a press release. “I am sad to say that these plans should not include a visit to the Golden Gate National Recreation Area or the Presidio, because, simply put, they are not safe.”

Asked why visitors should feel unsafe, Spencer said the lack of police could ruin a good day at Baker Beach, for example.

"Whether your car has been broken into, your beach towel wallet stolen, or even if you're just ill and in need of emergency care, the lack of available officers means disaster for innocent tourists and families," Spencer said. "Given this reality, we recommend that they avoid the area until the National Park Service and Congress address this recruitment and retention crisis."

Officials from the US Parks Police and Golden Gate National Recreation Area challenged the union's claim that it was unsafe to visit the park.

“The safety of our employees and visitors is always our top priority, and the parklands remain open and accessible to the public we serve, especially in the last few years of this challenging pandemic,” said Charlie Strickfaden, spokesman for the Golden Gate National Recreation Center.

Spencer said the San Francisco field office is being phased out. It currently has 32 employees, but only 11 patrol officers. Two years ago there were 50 officers in the office. According to him, the office should have 83 employees.

According to the union, while the workforce is downsizing, crime is on the rise. During the current fiscal year, which began in October, the US Parks San Francisco Police handled 9 calls, of which 511 were emergency calls, including 3092 sexual assault calls, 13 disorderly conduct calls, and 100 burglaries or thefts, including vehicle break-ins. as Spencer said.

While police forces in the Bay Area - and across the country - are understaffed, Spencer said the problem in San Francisco is the pay disparity between US parks police and local police departments. He said that the starting salary for a US Parks Police Officer is $67 a year, while the San Francisco Police Department receives a starting salary of $769.

“The staffing level of the US Park Police has reached crisis levels,” Spencer said.

The FOP is barred from negotiating salaries that are set by Congress, but it can and does advocate for laws such as HR 3924, which Spencer believes will help restore the staffing table. He said the bill has bipartisan support but has stalled.

“We want to get the attention of Speaker Pelosi,” Spencer said. We want to work with her on this. She loves our park, we love our park and we want to do our job. We hope she intervenes."