Home In the U.S. Inflammation of the brain and death: ticks in the US spread a dangerous rare virus

The black-legged or deer tick is best known for spreading Lyme disease, but it can transmit various other viruses through its bites, such as the Powassan virus. This virus can cause a fatal brain infection, reports Insider. 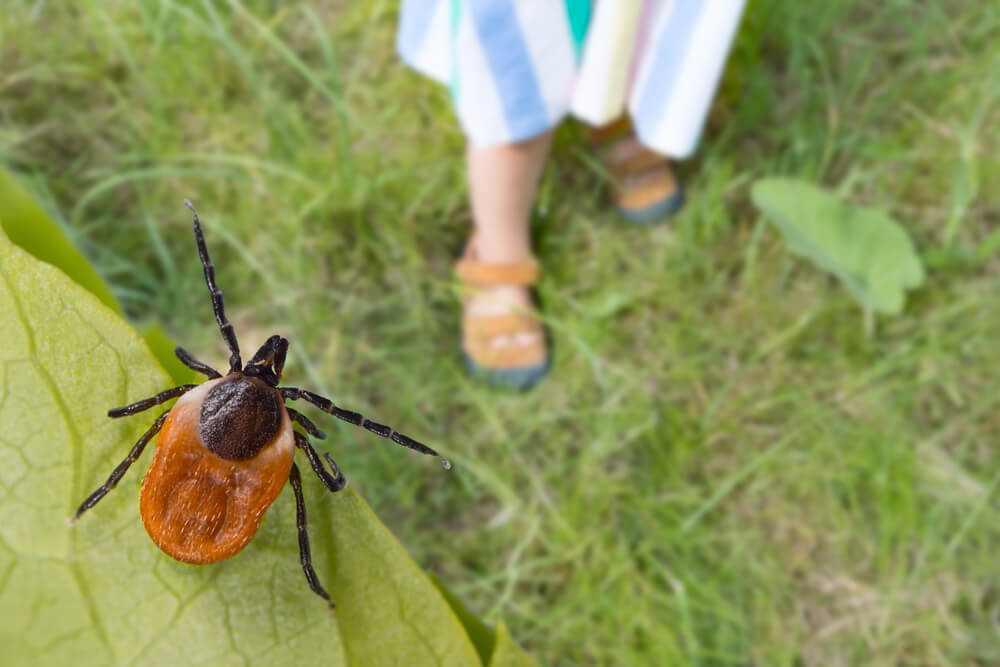 Powassan virus is rare compared to other tick-borne diseases that affect humans. Most infections are recorded in areas of the Northeast and the Great Lakes, where deer ticks are active from late spring to mid-autumn.

According to the Centers for Disease Control and Prevention (CDC), two other types of ticks—marmot ticks and squirrel ticks—can spread the Powassan virus if they feed on infected animals. The deer tick is much more likely to bite and infect humans.

On the subject: Lyme disease and other infections: which states are at high risk of contracting an illness from ticks

In total, only 2020 cases of Powassan virus infection in humans were known to the CDC in 20, the last year full data is available. The agency counted 2019 Powassan cases in 39, a big jump from the previous year.

The number of reported cases of Powassan has risen over the past decade, according to the CDC. Early symptoms tend to be non-specific and can be confused with other endemic diseases, so it's important to know if you're at high risk for infection depending on your location and lifestyle.

Approximately 1 in 10 severe Powassan infections are fatal.
People who get Powassan virus usually develop symptoms within a month of the tick bite, but many have no symptoms at all.

It is unclear how many asymptomatic Powassan virus infections occur each year as they are not usually reported. Humans, known as "dead-end hosts" of the virus, cannot transmit it to other people or animals, according to the CDC.

Those with symptoms may experience fever, headaches, vomiting, and general weakness about a week after infection. In some cases, the virus can cause infection and swelling around the brain and spinal cord. Symptoms of severe illness include confusion, loss of coordination, difficulty speaking, and seizures.

Approximately one in every 10 cases of severe illness caused by the Powassan virus is fatal, according to the CDC. An adult in Maine died in April after being hospitalized with neurological symptoms caused by the virus.

About half of people who survive severe Powassan virus develop long-term health problems, such as recurring headaches, memory problems, and muscle loss.

The best way to avoid the Powassan virus is to watch for ticks.

There is no specific treatment for a Powassan virus infection, but it is important to seek medical attention if you suspect you may have the condition. In severe cases, hospitalization may be required to support recovery and reduce brain swelling.

The best way to avoid the virus, as well as other diseases carried by ticks, is to be aware of the risk of being bitten by a tick. The CDC reports that people who work or play outdoors in areas where the Powassan virus is active (primarily in the northeastern states, but also in Wisconsin and Minnesota) have an increased risk of infection.

The Powassan virus is mainly spread by immature ticks called nymphs, about the size of a poppy seed. Adult mites are larger and easier to spot, so people are more likely to remove them before the insect dives into the body.

In order not to get sick, remove ticks in a timely manner if you find them on your body or on your pets. The CDC also recommends treating clothing and outdoor gear with permethrin, a mite repellent, or using an EPA-approved insect repellent if you live in a high-risk area.