Home In the U.S. Dozens of people poisoned by toxins from COVID-19 home testing kits

The COVID-19 testing kit you may have at home may contain a toxic chemical. Dozens of Georgia residents exposed to pesticides, reports WSBTV. 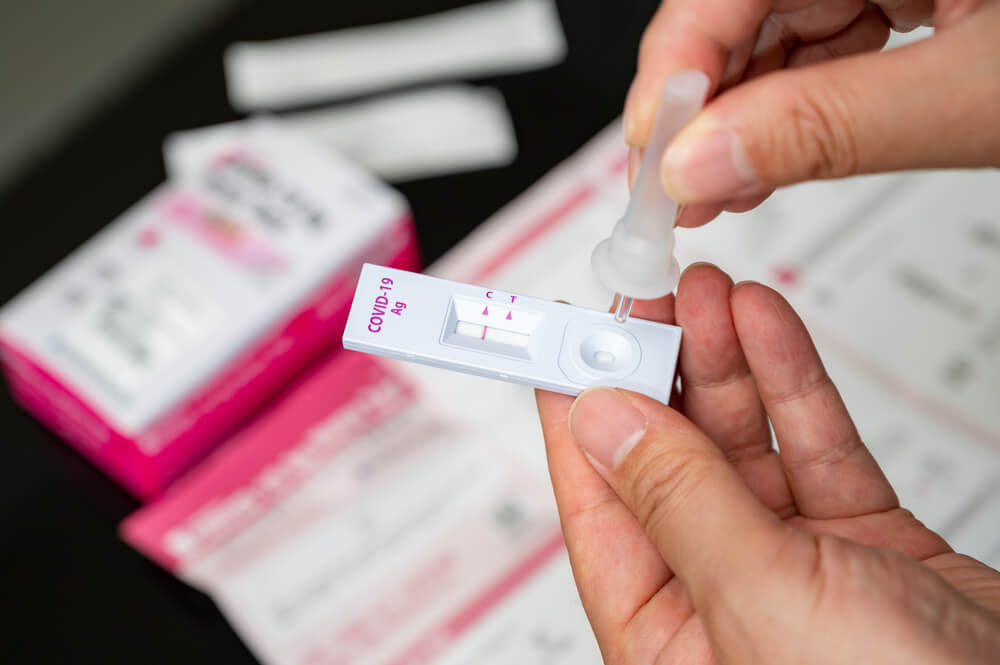 The Georgia Poison Center reports that they have received dozens of calls in recent months from children and adults accidentally exposed to the substance.

The government has sent out hundreds of millions of free COVID-19 testing kits, which are also widely available in stores. In most tests, the active ingredient that helps determine the result is sodium azide, a toxic chemical.

Channel 2's Tom Regan spoke to the mother, who said she tests carefully, especially with her children. “They know not to touch me when I take a COVID test. This is a serious matter,” said Erin Dawson, mother of two.

On the subject: Patients were infected with a GMO virus to cure cancer: this is the first test in humans and, according to the cinema, the idea is not the best

“This product can be dangerous. In some cases, if swallowed enough, it can lead to a drop in blood pressure ... We also know that sodium azide can irritate the intestines, irritate the stomach, ”said Dr. Gaylord Lopez, executive director of the Georgia Poison Center.

He said the center had received dozens of calls in recent months about the accidental ingestion of sodium azide.

In some cases, people mistook a small dispenser of the chemical being tested for eye drops. Some products have very similar packaging. "We had a case where a father gave this to his child thinking it was eye drops," Lopez said.

Children also consumed this chemical, believing it to be a sweet little treat. Others have reported skin irritation.

There is also the case of a person who thought the tiny package contained drops of water flavoring. “They mistakenly took one of those bags and put it in a water bottle, drank the whole thing, and only then realized what they had done,” Lopez said.

Sodium azide is colorless, tasteless and odorless. It is also used as an explosive charge in automobile airbags and as a preservative in laboratories and hospitals. Exposure to large amounts of the chemical can cause serious health problems, including respiratory failure leading to death.

Fortunately, the amount used as a reagent in COVID tests is negligible, less than an ounce. That's why there were no hospitalizations at the Georgia Poison Control Center. “We were able to deal with these cases at home and thankfully we didn’t have any major issues,” Lopez said.

"I think that's something parents should know," Dawson said.

But most of the parents Regan spoke to didn't know that a toxic chemical was used in home COVID tests. “I think there should be at least a warning showing parents that there is something unsafe in there,” said mother Karlan Howard.

The Georgia Poison Center said the dog accidentally interacted with the remains of the test kit. She didn't get sick. The director said COVID test materials should be properly disposed of after use.

“Binax Now is safe to use and is a powerful tool for detecting COVID-19 infections. It has only a trace amount of sodium azide as a preservative. When used as directed, the reagent solution does not get on the skin, eyes and mucous membranes.