Home At home In Armenia, the Ukrainian embassy was doused with borsch: the whole thing is the reaction of Kiev to the conflict with Azerbaijan

Activists of one of the Armenian parties pelted the Ukrainian embassy in Yerevan with plates of borscht and advised diplomats to “eat and shut up,” writes Air force. 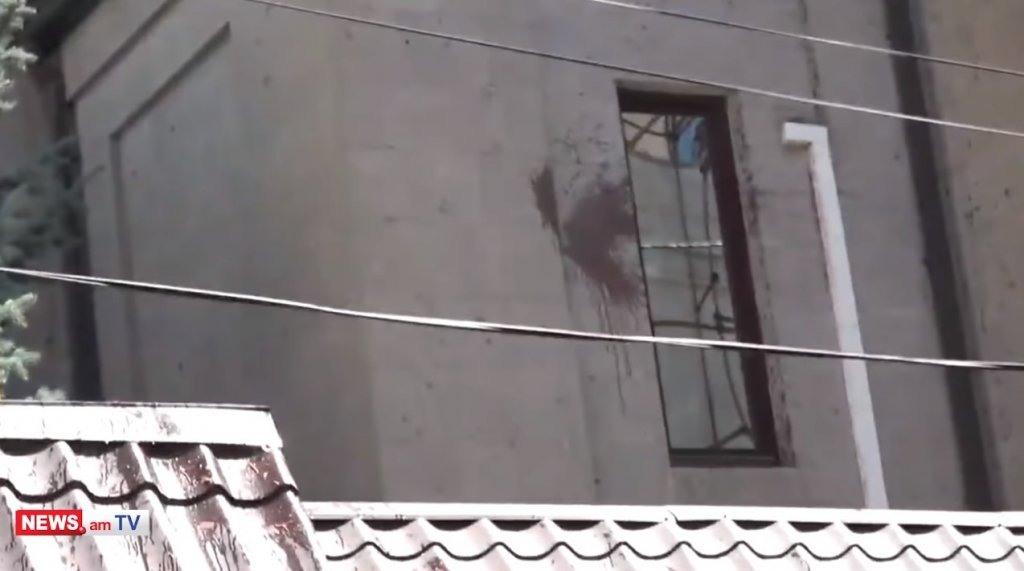 This was due to a recent statement by the Ukrainian Foreign Ministry about the fighting on the Armenian-Azerbaijani border. Kiev expressed support for the territorial integrity of Azerbaijan.

So far, they have decided not to respond to the Yerevan rally with borsch in the Ministry of Foreign Affairs of Ukraine.

Who organized the action

News.am published a video recording how several people with megaphones gathered near the Ukrainian embassy.

Reportedly, these are representatives of the youth wing of the Armenian Revolutionary Federation “Dashnaktsutyun”, one of the oldest local parties, advocating the concept of a historic “Great Armenia”.

One of the participants was holding a poster with a painted plate of borscht and an inscription in Ukrainian “Eat and shut up”.

“There have been clashes on the Armenian-Azerbaijani border for several days. Therefore, various states and organizations made statements, and Ukraine's statement was one-sided. They pour water on the mill of Azerbaijan, ”the Armenian website“ Panorama ”quotes the activists.

“You are driving a wedge in the relations between Armenia and Ukraine. We came here to say: eat the borscht you cooked, ”added a party activist.

After that, the protesters threw several plates of borsch in the embassy building.

“We urge the ambassador to hand over to the Ukrainian authorities ... to abandon business interests and not to interfere in this conflict,” one of the organizers of the action summed up. 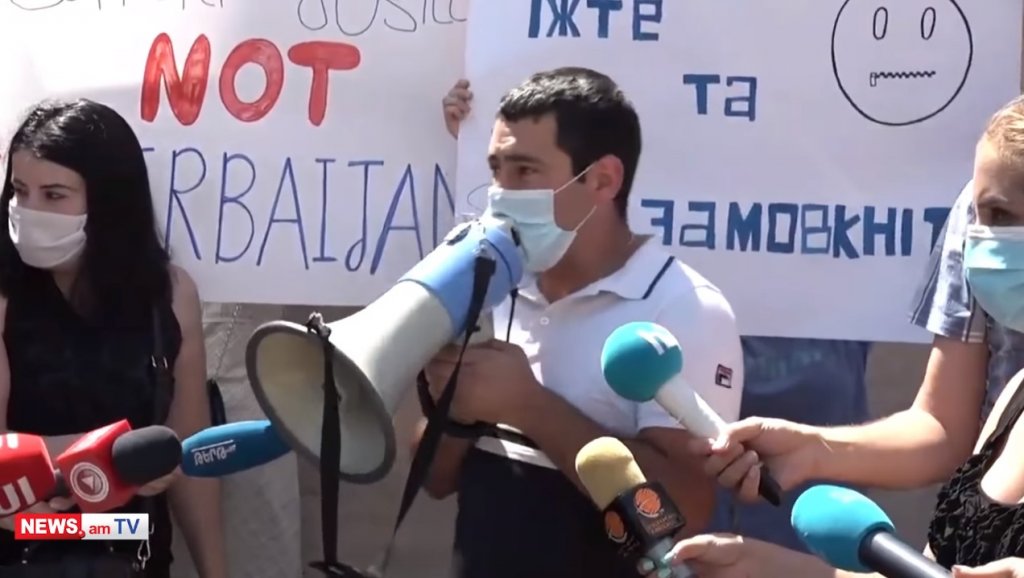 What they say in the Ukrainian Foreign Ministry

The Ukrainian Ministry of Foreign Affairs told BBC News Ukraine that they do not intend to react to the “borscht” action in the capital of Armenia.

The ministry considers the first statement on the situation on the Armenian-Azerbaijani border sufficient.

The statement in question, which caused the action in Yerevan, was published on July 13.

"The Ministry of Foreign Affairs of Ukraine expresses deep concern over the aggravation of the situation on the Azerbaijani-Armenian border, which resulted in the implementation of artillery attacks on the Tovuz area on July 12, 2020," it said.

Ukrainian diplomats called on the parties to seek peaceful ways to resolve the conflict on the basis of UN resolutions adopted back in 1993.

On the subject: There are battles on the border of Armenia and Azerbaijan: there are dead

And the greatest resonance in Armenia was caused by the last sentence of the statement: "The Ukrainian side stands for a political settlement of the situation on the basis of respect for the sovereignty and territorial integrity of the Republic of Azerbaijan within its internationally recognized borders."

Because of this statement, the Ukrainian ambassador to Armenia, Ivan Kuleba, was invited to talk to the Armenian Foreign Ministry.

At the same time, the Ambassador Extraordinary and Plenipotentiary of Azerbaijan to Ukraine Elmira Akhundova, in a column on the LB.ua website, expressed gratitude to the Ukrainian Foreign Ministry for “a clear and principled position in support of the sovereignty and territorial integrity of the Republic of Azerbaijan”.

What's going on at the border

In the past few days, there have been artillery clashes on the border between Armenia and Azerbaijan. Killed at least 16 people. This is the most serious border conflict in this region since April 2016. For almost a day there has been a lull, writes Air force.

A new aggravation of the conflict between Baku and Yerevan began on July 12 on the border section between the Tovuz region of Azerbaijan and the Tavush region of Armenia.

The source of tension is located about 300 km from Nagorno-Karabakh, the territory of which Armenia and Azerbaijan have been disputing for more than 30 years. The Tovuz region of Azerbaijan also borders with Georgia.

Armenia and Azerbaijan, which have been in a state of conflict for 30 years over Nagorno-Karabakh, have accused each other of violating the ceasefire in the joint border section north of the disputed region.

On July 12, the Armenian Ministry of Defense stated that the Azerbaijani military violated the state border twice and tried to capture a strong point.

On the subject: The fighting on the border of Armenia and Azerbaijan continues: civilian killed

Baku stated that the Armenian side was the first to open fire from artillery shells without any reason, thereby flagrantly violating the ceasefire.

The Armenian Ministry of Defense claims that the Armenian military did not fire at Azerbaijani villages, but only infrastructure and equipment.

The Azerbaijani side also stated that it did not shell civilians and civilian settlements in Armenia.