Home At home The fighting on the border of Armenia and Azerbaijan continues: civilian killed

11 Azerbaijani soldiers and one civilian have died over the past two days as a result of aggravation of the situation and mutual shelling on the border of Azerbaijan and Armenia, official sources and residents of the border territories report, writes with the BBC. 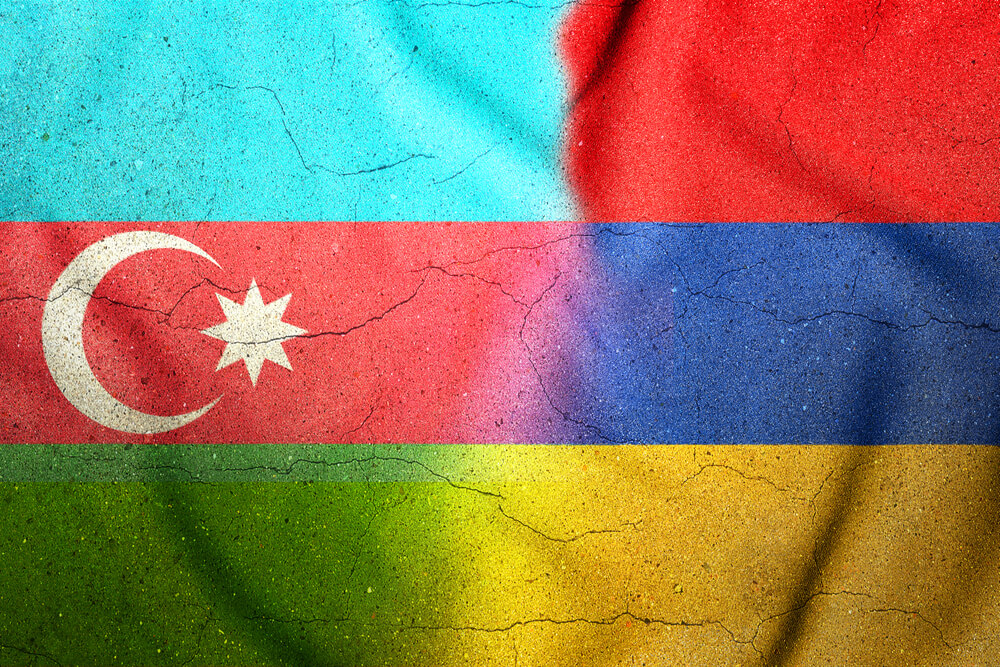 Major general and colonel of the Azerbaijani army were among the dead, said Deputy Defense Minister Kerem Veliyev.

Thus, the total death toll on both sides has already reached 16 people. This is the most serious cross-border conflict here since April 2016.

On Tuesday, July 14, in the morning, Yerevan announced that a number of government departments, including the website of Armenian Prime Minister Nikol Pashinyan, had been subjected to a cyber attack.

Clashes and shelling began on Sunday, July 12, on the border between the Tovuz region of Azerbaijan and the Tavush region of Armenia.

On July 12, the Armenian Ministry of Defense stated that the Azerbaijani military violated the state border twice and tried to capture a strong point.

“At about 12:30 pm, the Azerbaijani armed forces tried to violate the state border at a site in the Tavush region of Armenia for unknown reasons. After a warning from Armenia, the servicemen returned to their positions, ”said an official post on Facebook for July 12 with reference to the press secretary of the Armenian Defense Ministry Shushan Stepanyan.

"They shoot without respite"

After that, reports about heavy shelling from the Armenian side began to come from Azerbaijani villages.

The chairman of the municipality of the village of Aghdam in the Tovuz region, Rakhil Askerova, that at present the shootout continues: “It was also at night. And even now they shoot out without respite. "

A day earlier, the municipality of Agdam reported the death of a villager from artillery fire, and on July 12, the head of the village of Tovuz Alibeyli Azad Tamaev said that gunfire was repeated regularly every 15-20 minutes.

“The situation in the village is bad, the population is scared,” the Alibeyli municipality said. Two days ago, when shelling intensified, children, old people and women were evacuated from the village, local residents said.

In the Azerbaijani village, Dondar Gushu was informed that in the afternoon two artillery shells were fired at it, some houses were damaged.

The center of tension is located far (about 300 km) from Nagorno-Karabakh, the territory of which Armenia and Azerbaijan have been disputing for more than 30 years. The Tovuz region of Azerbaijan also borders with Georgia.

The Armenian Ministry of Defense claims that the Armenian military did not fire at Azerbaijani villages, but only infrastructure and equipment.

The Azerbaijani side also stated that it did not shell civilians and civilian settlements in Armenia.

UN, OSCE, US and Russia call for ceasefire

The OSCE called on Yerevan and Baku to end the shootings. The European Union, as well as the Russian Foreign Ministry, whose head Sergey Lavrov held telephone conversations with colleagues from both countries, called for an end to the clashes.

On the subject: As an immigrant from Azerbaijan opened a cosmetics factory in the USA

The US State Department sharply condemned the violence on the border of Azerbaijan and Armenia.

“We urge the parties to immediately cease the use of force, use existing direct lines of communication to avoid further escalation, and strictly abide by the ceasefire,” said a statement made by State Department spokeswoman Morgan Ortagus, writes "Voice of America".

“As co-chair of the OSCE Minsk Group, the United States remains firmly committed to assisting the parties in reaching a lasting peaceful settlement to the Nagorno-Karabakh conflict. We will continue to actively participate in efforts to achieve this goal, ”the document emphasizes.

For the last time, senior officials of Azerbaijan and Armenia formally contacted in late June during a video conference.

The US Department of State also emphasized the importance of returning OSCE observers to the region, as far as the situation allows.