More Effective than Greenpeace and Greta Tunberg: How the Coronavirus Pandemic Saves the Planet

The coronavirus pandemic is now being compared to a world war. At the same time, scientists amaze with unexpected statements: the "virus of the century" has positively affected the ecological situation on the entire planet, writes 24tv. How exactly and what will happen next? 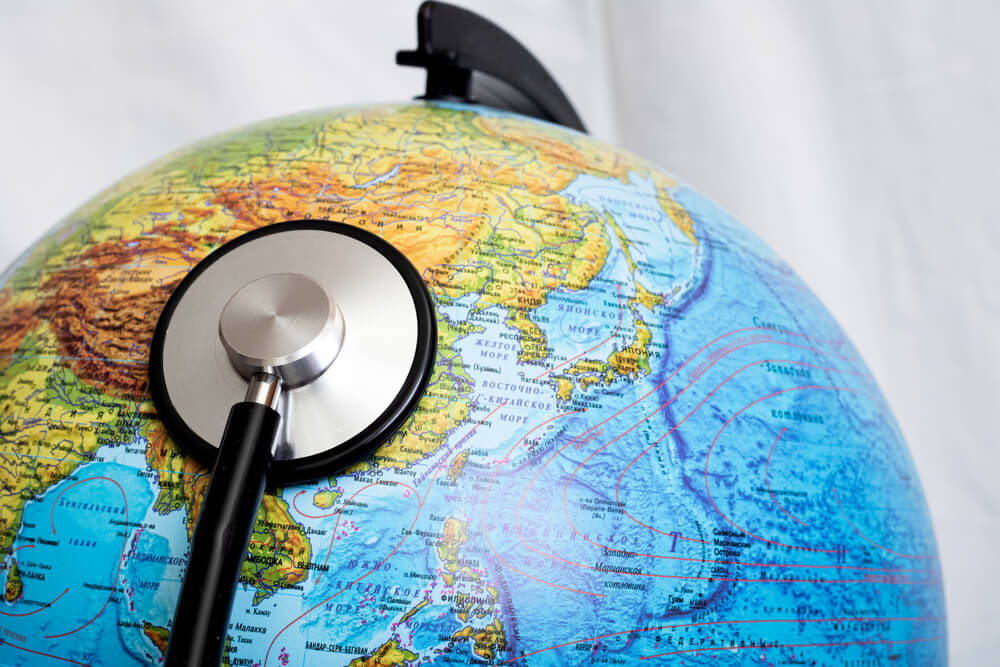 Recently, NASA and the European Space Agency published optimistic news: satellites recorded a significant reduction in air pollution in China and neighboring countries. For clarity, NASA introduced two photos from space. Compare for yourself: on the first - the situation in China from January 1 to 20, on the second - from February 10 to 25, already after the authorities of the PRC introduced quarantine.

NASA air quality researcher Fei Liu said that for the first time in the history of his own observations, he saw such a sharp decline in air pollution in China, they write "Vesti".

The reason for "cleaning" China is quite understandable - quarantine provides for the closure or restriction of the work of enterprises, plus restriction of the movement of all types of transport. As a result, greenhouse gas emissions have dropped by 25% and the extremely harmful nitrogen oxide (NO2) emissions by 37%! Even optimistic ecologists could not imagine that such dramatic positive changes could occur in just a month. And this despite the fact that China is one of the largest air pollutants on the planet (China accounts for about 30% of all carbon dioxide emissions in the world every year).

In fact, for a month and a half, China has not reproduced about 200 million tons of carbon dioxide, and this is more than half of the total annual emissions of Great Britain.

According to Professor Marshall Burke, hundreds of thousands of people die every year in China due to air pollution. According to him, these one and a half months without emissions of Chinese factories saved the lives of about 70 thousand people.

The European Space Agency's Copernicus Sentinel-5P satellite has shown that northern Italy also has seen a significant reduction in nitrogen dioxide emissions since restrictions were set in the region, writes "Today".

According to NASA, over the month, emissions of nitrogen dioxide have almost halved over Europe. The European Space Agency reports that now it is especially noticeable in Milan, whose streets two months ago were filled with cars and tourists.

Subsequently, similar improvements were recorded in other countries - where the "hotbed" of the coronavirus broke out, and the government introduced quarantine. This was the case in South Korea, Iran and Italy. Now this trend can be traced in France, Spain, Germany, Czech Republic, Poland ...

On the subject: Civilization and coronavirus: how the modern world breeds epidemics

Researchers told the BBC that carbon monoxide emissions, mainly from automobiles, in New York City were down almost 50% from last year. It is estimated that traffic levels will decrease by 35%, and CO2 emissions in the city will decrease by 5-10%. Methane emissions also decreased. Even in Los Angeles, a city known for its heavy pollution and smog, there was a dramatic improvement in air quality after people decided to stay home en masse. It is predicted that due to the reduction in air traffic, emissions will be reduced in all countries of the world.

“I expect that in May we will have the smallest increase in peak CO2 levels that we have recorded in the northern hemisphere of the Earth since 2009 or even earlier,” said Professor Rossin Kommare of Columbia University, who conducted work on air monitoring in New York ...

However, after quarantine is lifted, industrial emissions into the atmosphere will increase. After the global financial crisis in 2008-2009, emissions increased by 5%, as fossil fuel consumption increased significantly. The same situation could be repeated in 2020-2021.

Ukraine was no exception. First of all - Kiev. Quarantine lasts only a week, but positive changes are already noticeable: according to SaveEcoBot, greenhouse gas and nitric oxide emissions have seriously decreased. President Vladimir Zelensky mentioned changes in the capital’s environment during an appeal to Ukrainians about quarantine.

“For the first time in a long time, the level of air pollution dropped sharply in Kiev. And this cannot but rejoice ... ”, - said the President.

If quarantine drags on for a long time and such manufacturing giant cities as Mariupol, Dnipro, Kamenskoye and Krivoy Rog temporarily stop the work of factories and mines, this will significantly affect the ecological state of the whole country.

But the most striking example of ecological “rehabilitation” was demonstrated by the famous Venice, which is located at the very epicenter of the coronavirus outbreak in Italy. Photos and videos from the now deserted tourist Mecca have spread all over the world. After thousands of motor boats were tied to the shore, a real miracle happened: in a few days the water around the city and in the canals became transparent! Swans and even dolphins, which have not been seen there for a long time, returned to the shores of Venice.

Residents of the city share their emotions on social networks:

“I have some positive things for you,” wrote one of them. - After the introduction of quarantine in Venice without pollution from boats, the canals were cleared and dolphins were noticed in them. For the first time in 60 years! "

So far these are isolated cases, but still - impressive!

On the subject: 2 years in complete isolation: how the US tried to “master” other planets and why nothing came of it

Why can clean air help cope with a pandemic?

Scientists argue that there is an inextricable link between the quality of atmospheric air and a person's ability to resist infectious diseases. The state of the environment is one of the key factors that forms immunity.

Long-term environmental pollution in the event of a pandemic will increase the spread and worsen the effects of infectious diseases.

According to the director of the Observatory, Hugo François Geminnes, “the number of deaths from the coronavirus in the end may turn out to be the lesser evil, given the deaths from air pollution” and recalled that more than 8 million people die every year in the world due to air and water pollution.

Now mankind is reaping the fruits of decades of merciless pollution of the planet in the race for economic growth. Now the priority has been saving lives and rational use of resources. A pandemic should teach people to be more responsible for the environment and rebuild the values ​​of many countries with the status of manufacturing giants.

The story goes: humanity even after large-scale environmental disasters did not always draw the right conclusions. But now - during compulsory quarantine - we saw: the environment can be saved. The environmental situation is not hopeless. That is, the coronavirus has done much more to save the Earth than before all governments, scientists, GreenPeace and Greta Tunberg combined. And this is not only about specific environmental actions or plans of countries, politicians, businessmen or ordinary citizens. The coronavirus pandemic radically changed the minds of people - personal and collective. And this is our chance to save the planet.

Pause quarantine plan introduced in New York: what it means and who it will affect

12 things that will be banned or already banned in 2020

Health or work: coronavirus has put millions of Americans in a difficult choice