The coronavirus pandemic is raging in the world. Compared to 2002-2003, when the SARS outbreak occurred, science has made great strides forward, but epidemics are more frequent and more difficult to stop. Why? Medical historian and author of The Pandemic Century: One Hundred Years of Panic, Hysteria, and Hubris Mark Honigsbaum believes that the modern world itself is generating epidemics like the coronavirus. Nash.live translates his column for Time. 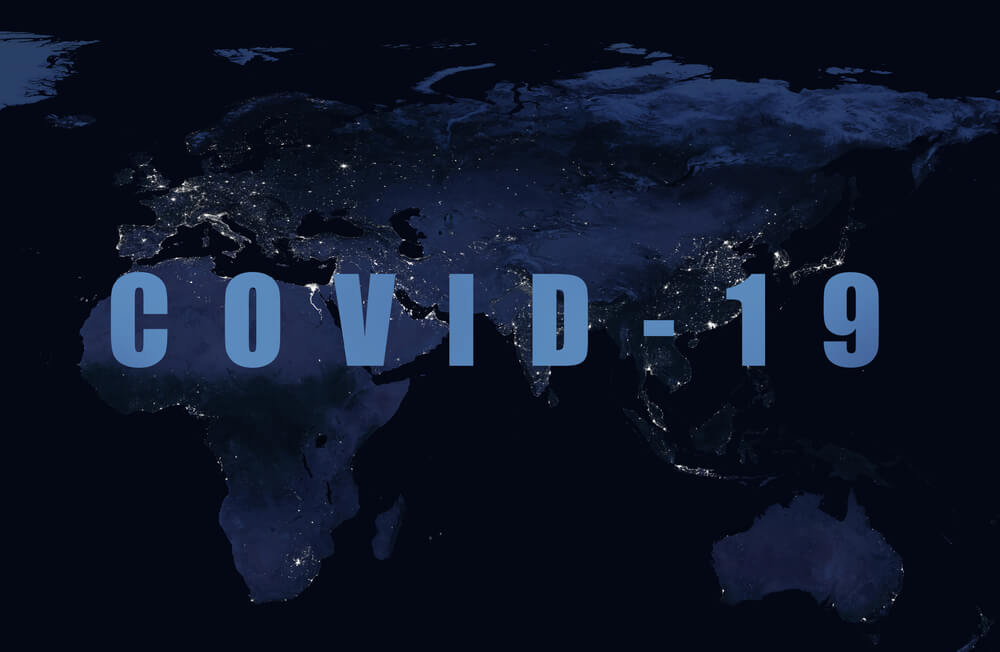 “A natural disaster is actually quite common,” writes Albert Camus in his novel The Plague. “But it's hard to believe in it, even when it hits your head. There has always been a plague in the world, there has always been war. And yet, both the plague and the war, as a rule, took people by surprise. "

Camus wrote of a fictional outbreak of the 1948 plague in the port city of Oran in northwestern Algeria. But at a time when the world is shuddering from a very real emergency due to the new coronavirus in the Chinese city of Wuhan, its observations are more relevant than ever.

Like an international emergency due to the Zika virus in 2015, the terrifying Ebola outbreak in West Africa a year earlier, or the general panic due to another SARS coronavirus in 2002-2003, the coronavirus pandemic was once again taken aback. doctors and the whole world.

But if the age of dealing with pandemics has taught us anything, it is that we may be better able to track pandemic threats in the old blank spots of the map, but we also tend to forget the lessons of medical history.

The first lesson is that epidemics of new infectious diseases seem to be spreading faster. In the 19th century, cholera and the plague took several years to spread from the epicenters of the outbreak - India and China - to Europe and North America along trade routes with caravans, horses and ships.

That all changed with the advent of steamboats and the expansion of the rail network in Europe. Most likely, it was the steamer sailing from Japan to Honolulu that brought plague rats to San Francisco in 1900. A decade earlier, the so-called “Russian flu” spread across Europe thanks to steam locomotives. As a result, four months after the first case in St. Petersburg, in December 1889, the “Russian flu” was recorded in Berlin and Hamburg, from where it reached Liverpool, Boston and Buenos Aires on ocean liners.

The “Russian flu” triggered two more global outbreaks in 1892 and 1893, which killed about 1 million people - although the true losses were certainly higher. In comparison, three waves of the Spanish flu outbreak occurred in the short period between the summer of 1918 and the spring of 1919. The pandemic that coincided with World War I almost certainly contributed to the rapid deployment of American troops to the front lines in Northern Europe in amphibious aircraft.

But the true course of the game was turned off by international air traffic. Wuhan is located in the center of the Chinese airline network and is both an internal and international hub - with over 100 direct flights to 22 countries around the world. As a result, while during the 2002 SARS outbreak, coronavirus spread around the world in five months, now the world has caught the Chinese infection in just four weeks.

Another important lesson from the recent epidemics is that we are too obsessed with the cause of the disease, we risk missing the broader ecological picture.

70% of new infectious diseases come from animals. Since the AIDS pandemic in the 1980s, SARS, the Ebola virus, and the bird flu panic in the early 2000s, most outbreaks can be traced back to the time of transmission from animals to humans. Some actually prevent hygiene and regular inspections of wildlife markets. But others come from environmental disruption or interference with the environment where pathogens are usually located. This is especially true for viruses such as HIV and Ebola, whose animals are considered natural reservoirs.

In particular, the Ebola epidemic in West African countries most likely began when Guinean children dined on a local species of Lolibelo bats, which nestled in a rotten tree stump in the middle of the village. Usually bats settle in dry savannas at the edge of forests, but seem to be forced to leave their habitat due to climate change and deforestation.

Bats are considered the primary reservoir of coronavirus. However, the virus was also found in snakes and palm civets (game resembling cats, which the Chinese really appreciate). Most likely, the SARS epidemic was caused by civets, which were sold on the market in Shenzhen in southeast China. The Wuhan outbreak most likely also began with the seafood market. Despite the name, they also sold wild animals, including crocodiles, snakes and bats.

The third lesson is that Chinese megacities, as well as large urban agglomerations in Asia, Africa and South America, create fertile ground for the spread of new pathogens due to the large concentration of people in unsanitary conditions. Sometimes technology and changes in our infrastructure can reduce the risks that such overpopulation poses for the transmission of pathogens to people. So, after plague outbreaks in San Francisco in 1901 and Los Angeles in 1924, rats and squirrels that carried plague fleas were successfully driven out of their homes and businesses.

High-rise buildings and air conditioning systems also very effectively protect people from mosquitoes that carry the Zika virus and other diseases. But, as it became apparent during the SARS outbreak, when a large number of people infected in the multi-apartment complex of the Kowloon fortress city were recorded in Hong Kong, our infrastructure may carry new morbidity risks.

We are undeniably helping microbes to occupy new ecological niches and spread to new places in ways that are usually obvious after the fact. Therefore, it is worth always remembering the expression of Bernard Shaw from The Doctor in Dilemma:

"The characteristic microbe of a disease may not be the cause, but the symptom."

But perhaps the biggest lesson from recent epidemics is that while scientific knowledge is constantly advancing, it can be disastrous, blinding us in the face of an impending epidemic - so-called X-disease.

In the case of SARS, we later realized that we were dealing with a new dangerous respiratory pathogen, to a large extent because of WHO’s conviction that the world was on the verge of an H5N1 bird flu epidemic - fears that seemed reasonable after two parks Hong Kong suddenly began to die ducks, geese and swans.

In almost the same way, WHO initially missed the Ebola outbreak in 2014 - not least because of the suspicions of some experts that the virus, which was originally associated with outbreaks in the remote forests of central Africa, could pose a threat to East Africa - not to mention the big cities Monrovia, Freetown, New York and Dallas.

On the subject: How viruses arise and why their massive outbreaks are not accidental: the opinion of the epidemiologist

In each case before the tragedy, it was “known” that Ebola would not reach large cities, let alone a city in North America, and that the coronavirus does not cause SARS. It was a mistake, which left the experts in a stupid position.

This time, the good news is that Chinese scientists quickly discovered a new coronavirus. And, despite the initial attempts by the Chinese government to hide the warnings that doctors published on social networks at the beginning of the outbreak, they quickly deciphered its genome. This inspires hope that we will be able to create a vaccine - which failed during the SARS.

However, these efforts are certainly not fueled by misconceptions about the efficacy of medical masks versus sensible measures such as frequent hand washing. Likewise, reports of "exotic" Chinese culinary addictions for wild animals or, like one French newspaper, the publication of frightening news about "* yellow alert" does not help.

The final lesson in medical history is that we must choose our words carefully during epidemics so that our statements do not generate xenophobia, stigma and prejudice, as happened in the early 1980s when AIDS was dubbed the “plague of gay people”. This is especially true of our time - the era of instant digital communications, where disinformation and fakes spread faster and wider than any virus.

Opinion: why the world hysteria about coronavirus is much more dangerous than the infection itself

Ghost town: how the fight against coronavirus affected the life of New Yorkers