Home In the U.S. 'Even the doctors did not know what to expect': an American described her personal experience with COVID-19

Amy Driscoll followed all the recommended rules: washed her hands, used disinfectant, did not touch her face. A resident of Hudson, Ohio still contracted the 2019-nCoV coronavirus. Her first reaction to the test results was: "Are you kidding?" USA Today. 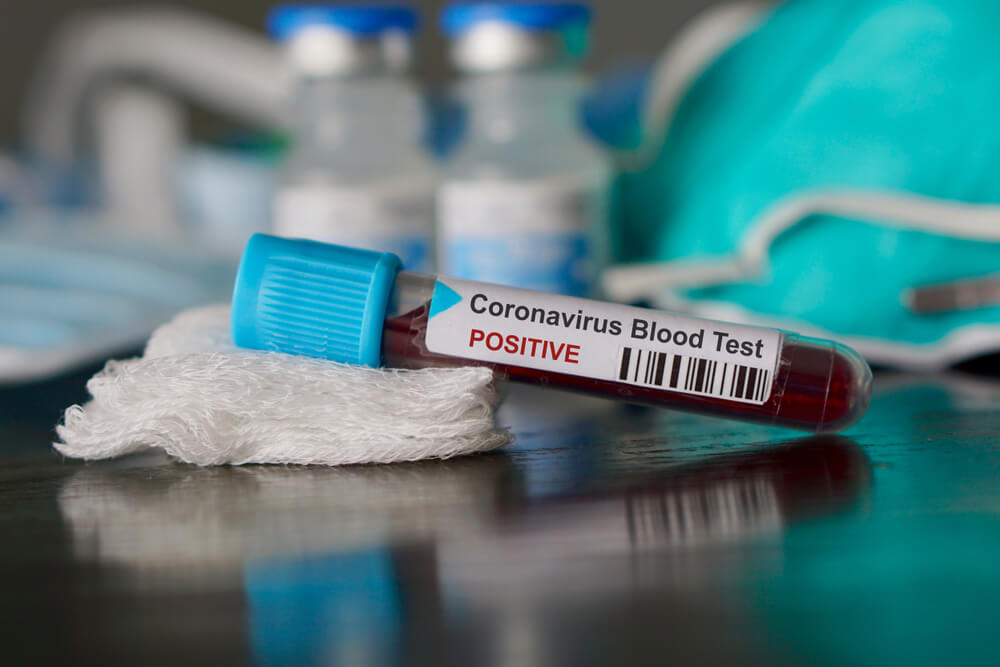 Driscoll was the second confirmed case of COVID-19 in Ohio Summit County in the second week of March. She shared her experiences on Facebook to encourage others to take the disease seriously.

County health officials did not confirm or deny whether Driscoll was the second confirmed case, identifying this case only as a person over the age of 40.

Driscoll is 48 years old, and she provided the publication with all supporting documentation, including hospitalization documents. They say that she must remain in quarantine and must notify anyone who treats her or provides care that she is being monitored due to COVID-19.

Driscoll, who is now in quarantine at home, says she is starting to feel better, but is still weakened and is dealing with symptoms such as weakness and headaches.

“It's like my body has survived the battle,” she said.

On the subject: From a fabulous trip to quarantine: the story of an American infected with a coronavirus on vacation

A mother of four said she was in a workplace with an insurance company when, around 3 pm on March 11, she began to feel weak, as if. At the end of the day, she went home and took her temperature, which was 99,2 degrees (37,2 Celsius) - slightly above normal. She said she drank the medicine and fell asleep.

When she woke up at 3 a.m., she coughed violently and felt chest pain.

“It was difficult to breathe in and my ribcage was constricting,” Driscoll said. "It was not like what I have ever experienced."

She called her cousin, who works as a nurse, and then to the medical center of Ahuji University Hospital. At the hospital, she said, she was first told to call the Ohio Department of Health's call center number, but at 3 a.m. there was no answer. Her cousin called Ahaji Medical Center and said that Driscoll was already on his way.

Upon arrival, she was immediately isolated. She was told that a series of tests had to be done to rule out illnesses like flu and pneumonia. If all analyzes are negative, it will be checked for COVID-19.

By the evening of March 13, the temperature reached about 102 degrees (38,8 Celsius), the test result for COVID-19 was positive.

“I asked something like, 'Are you kidding?'” Driscoll admits. She said that she had received a lot of help, but she was the first patient with this disease. The woman asked several questions about how her next few days and weeks might go.

“They shrugged their shoulders and said, 'We really don't know,'” she recalls.

They also do not know how she got infected. Her ex-husband recently traveled abroad, to Germany, and their common son talked with him, and then with her, but since no one else got sick, it does not seem that this contact became the reason.

She said she attended the Cleveland Cavaliers game on March 7 with other members of her family, shortly before the NBA suspended its season, and before the Ohio Governor announced that schools would be closed.

A week before she fell ill, no one was sure how serious the threat of coronavirus was.

“Looking back, we all said, 'Oh, maybe we should have made better decisions about this,” said the woman.

The Department of Health asked her to make a list of everyone she talked to over the previous two weeks, and her insurance company employees all work from home.

On the subject: What happens in the body after infection with coronavirus: step by step

Hudson City School, where her son is studying, sent information to parents of students by e-mail, noting that the families who had to be contacted had already called the health department.

After two days in the hospital, where she was treated with all kinds of drugs, Driscoll finally began to feel better, and she was allowed to go home.

She spends most of her days on the couch, watches movies with her son, and gets up to drink water in the kitchen. When she returned to Facebook after such a test, she saw a lot of comments from people who did not believe that the disease was such a big problem.

Her school friend asked on the social network if anyone knows people with COVID-19.

“And I thought it was me,” Driscoll said.

Its publication, which has been distributed thousands of times, has prompted people to take this disease seriously.

“The life of the people you love can depend on it,” the woman wrote.

If you get coronavirus in New York: 10 steps to take

Professions most at risk for coronavirus infection

Home alone: ​​what will you do if you have to isolate yourself

Tighter quarantine: US restrictions on movement