Home In the U.S. 'Biden cannot be president': Trump released a scandalous video about the election 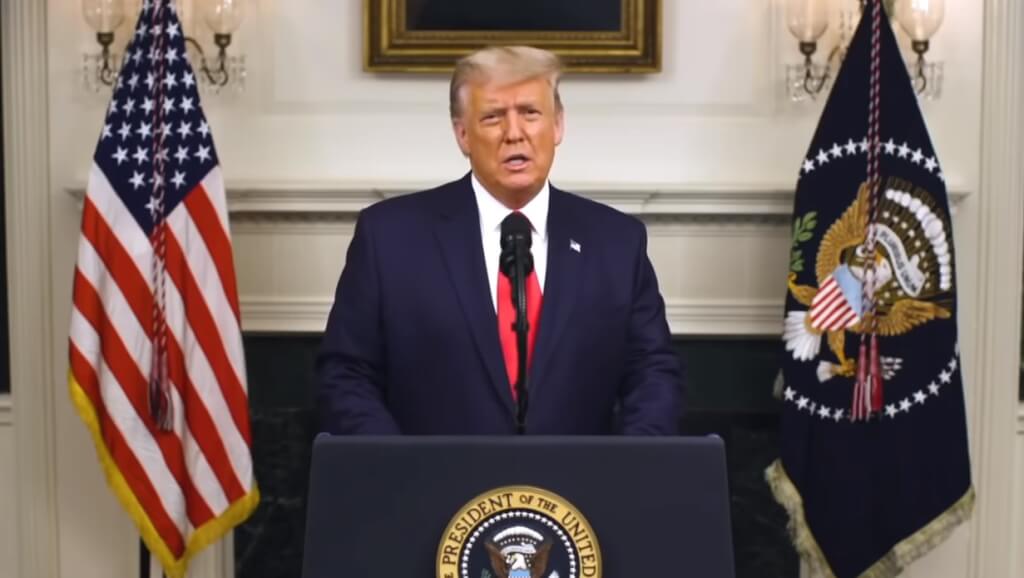 In a message posted on his Twitter and Facebook pages, which the president called perhaps "the most important speech I've ever made," Trump said that "a lot of bad things happened during the election."

Criticizing again the sharp increase in absentee voting and early voting due to the coronavirus pandemic, the president stressed that “we used to have what was called election day. We now have election days, weeks and months, and a lot of bad things have happened in this ridiculous time period. ”

“Mail and vote fraud is the latest part of their four-year effort to reverse the 2016 election results. And it was like living in hell, "Trump said.

Statement by Donald J. Trump, The President of the United States

The President pledged that he is "determined to defend our electoral system," which he claimed is "now under coordinated attack and siege."

Twitter, as well as numerous other Trump tweets regarding election fraud allegations, added: "This allegation of election fraud is disputed." And Facebook noted that "Joe Biden is the alleged winner of the US presidential election."

On the subject: Georgia asks Trump to 'stop inspiring violence' over election results

Trump's speech, recorded in the White House diplomatic room, came the day after Attorney General William Barr told The Associated Press that following inquiries from the Justice Department and the FBI, “to date, we have not seen any fraud on the scale that could influence the outcome of the elections ”.

At the same time, more and more members of his own party are severing relations with Trump over his allegations of electoral fraud.

The president refused to cede to Biden more than three and a half weeks after Fox News, the Associated Press and other news organizations said the former vice president had enough electoral votes to defeat Trump and become president-elect.

Trump's legal team has filed a series of lawsuits in many key states in hopes of delaying election certification, but the tactic has so far been unsuccessful. Reports requested by Trump in Georgia and Wisconsin, two of the six key battlegrounds, say the data the president has disputed has so far not influenced Biden's victories.

On Sunday, November 29, in his first post-election interview, Trump reiterated that "the election was rigged."

“We had disruptions when they moved thousands of votes from my account to Biden’s account,” the president said, without substantiating his claim, in a conversation with Maria Bartiromo of FOX Business on Sunday Morning Futures.

But Trump appears to have acknowledged that his legal proposal to overturn the election results "probably" won't make it to the US Supreme Court, which was the goal of his legal team.

In his speech on Wednesday December 2, the President said that "we are going to protect the integrity of the vote, ensure that all legal ballots are counted and illegal ballots are not counted." He stressed that his efforts are directed "to ensure that Americans can believe in this election and in all future elections."