On Tuesday December 1, a senior Georgia secretary of state's office urged President Donald Trump to condemn and “stop inspiring” the recent threats of violence as the state finalizes its second presidential recount. Writes about it USA Today. 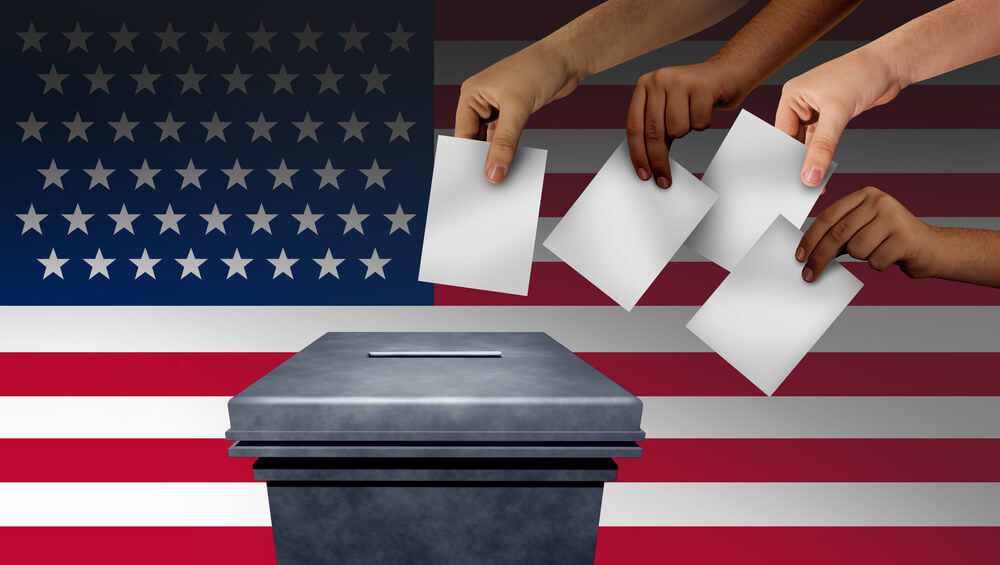 “This has gone too far,” said Gabriel Sterling, Georgia's voting implementation manager, raising his voice. - All this."

Visibly disgruntled, Sterling spent several minutes at the afternoon press conference talking about the threats targeting electoral officials and state employees. He said that a 20-year-old technician from Gwinnett County received death threats and an image of him with a noose around his neck was circulated on the Internet saying that he should be "hanged for treason."

These remarks marked perhaps the harshest rebuke from a local electoral commissioner against Trump for making unsubstantiated allegations of vote rigging.

On the subject: Election Commission employee in Georgia hounded because of video on the network: he is forced to hide

The senators Sterling refers to are two Republican Georgia senators, David Purdue and Kelly Loeffler, who are running in the January 5 second round of elections that could determine control of the Senate.

As Trump refuses to admit his election defeat to Joe Biden, he has repeatedly criticized Georgia Secretary of State Brad Raffensperger and Governor Brian Kemp after an initial state-ordered recount confirmed Biden won the state with 12 votes. After Biden's victory in Georgia was confirmed, Trump's campaign team demanded a recount, which is expected to be completed by the end of Wednesday, December 284.

Sterling, a former city councilor and former Republican consultant, said people had infiltrated Raffensperger's private property and driven vans under the secretary of state's house. He said that Raffensperger's wife received “sexual threats” on her cell phone. According to him, the house of Sterling himself is guarded by the police.

“This is an election. This is the foundation of democracy. And all of you who haven't said a damn are complicit in this, ”Sterling said. - That's too much. Yes, fight for every legitimate vote. Follow proper procedures. We encourage you. Use your First Amendment. This is normal. But death threats, physical threats, hints are too much. "

Sterling said the electoral worker, whose name he did not name, is a contractor for voting machine company Dominion Voting Systems, which is regularly the subject of false claims from Trump and his allies. He said that the employee was captured on video transmitting a report from a computer - everything supposedly looked like he was "manipulating election data."

“He was just trying to do his job,” Sterling said, adding that the worker's family members also received threats. “His family is being persecuted now. There is a loop with his name on it. "

Trump responded to Sterling's remarks in a new tweet about "election fraud." Trump has not denounced the threats of violence.

“Fraudulent elections. Show signatures and envelopes. Expose Georgia's massive voter fraud. What are Secretary of State and Brian Kemp afraid of? They know we will find it! ”

A spokeswoman for Purdue said the Senator “condemns violence of any kind against anyone. Dot". But she added, "We will not apologize for addressing the obvious problems with the way our state conducts its elections."

Most of Sterling's comments were directed specifically at Trump.

“Mr. President, it looks like you probably lost the state of Georgia,” he said, acknowledging that Trump has the right to go to the judiciary.

Still speaking to Trump, Sterling said that "you are not given the best advice on what is really going on on the ground."

“It's time to look ahead. If you want to run for a second term in four years, do so. But everything we see now is not the path. Be a big person. Speak. Tell supporters not to be violent or intimidating. It is not right. It's not American, ”Sterling said.

At a press conference the next morning, Raffensperger expressed his support for Sterling.

“He said it with enthusiasm, and he spoke the truth, and it’s time for more people to start telling the truth,” Raffensperger said.

He pointed to Trump's latest tweet, calling his rhetoric "exactly the language that underlies the growing threat to election officials just doing their jobs."

Sterling said the threats directed at the 20-year-old electoral worker were "straw that broke the camel's back."

“I cannot explain how strong my anger is about this. And every American, every Georgia resident, Republican and Democrat alike should have the same level of anger, ”he added.