Home In the U.S. Airlines send flight attendants to self-defense courses: how it threatens violators of order in planes

Airlines send flight attendants to self-defense courses: how it threatens violators of order in planes 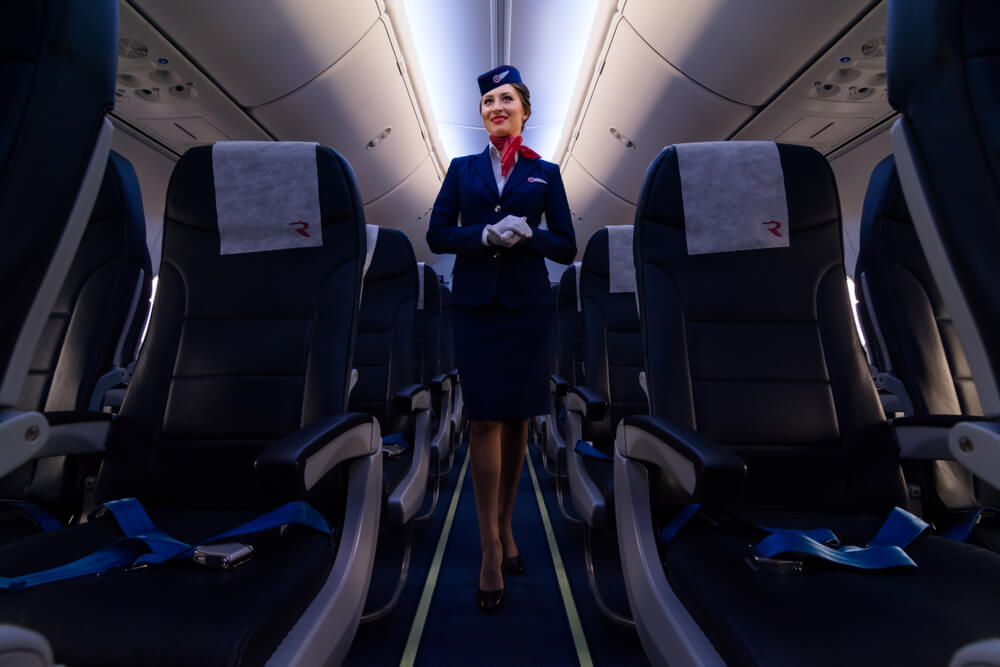 Flight attendants are taught how to quickly disarm passengers and how to use protective items readily available on board.

These movements are designed to reduce the escalation of conflict and quickly tame passengers because, in the words of former trainer Scott Armstrong, "you don't want to get involved in a long, drawn-out struggle."

And this training has already helped in practice, recently a female passenger on an American Airlines flight to North Carolina attacked and bit several flight attendants and tried to open the plane door during the flight.

Resourceful flight attendants grabbed a roll of duct tape, and the woman arrived at her destination, tied tightly to her seat. It may not have been standard protocol, but it proved to be effective, and American Airlines praised the crew for doing so.

Last month, a flight attendant on duty on a Delta flight to Los Angeles from Atlanta overpowered the flight attendants and took charge of the speakerphone system. The passengers had to intervene to help pacify him.

Annual flight attendant training, which the Transportation Security Administration (TSA) began in 2004 and suspended due to COVID-19, has been reinstated.

On the subject: Why you should always take a tennis ball on board

In the five months to end the year, the average number of reports has already exceeded about three times, and the FAA has created a new task force to investigate the causes.

More firearms are also found during routine X-ray inspections of hand luggage, according to TSA. As of mid-July, about 2021 weapons had been intercepted in 3000, and 85% of them were loaded.

Over the weekend of July 4, 70 weapons were found at airport checkpoints. Six firearms were seized at Oregon airports this month in a single 10-day period, a "startling" number, according to TSA. Nationwide, the TSA says we are on track to double the annual average rate of weapons seizures.

Flight attendants are on the front lines and say self-defense training is essential.

Sarah Nelson, president of the International Flight Attendants Association (AFA), believes that training should be mandatory. She said that flight attendants have become "literal punching bags" for the public and that many have quit because of this.

“This should send a signal to the public that these events are serious and that flight attendants must ensure the safety of all passengers on the plane,” Nelson said.

What can be done

Yet despite all this, the options available to airlines are limited.

It is not necessary that there are enough federal air marshals on board every flight - officials who wear civilian clothing and are tasked with protecting against the most extreme flight scenarios. For security reasons, TSA does not disclose the number of Federal Air Marshals or discuss their specific duties or routes.

The rules state that the safety of passengers is the responsibility of the flight attendants.

Nick Calio, CEO of the Airlines for America aviation coalition, wrote to Attorney General Merrick Garland in May calling for immediate action against unruly passengers, also suggesting that the FAA should refer the most serious cases to the Department of Justice for federal prosecution.

In search of new ways to make travelers behave better, the FAA broke its usual protocol and began publishing details of incidents. The FAA previously kept this information under wraps, but a spokesman explained that it believed the details could make people think twice before acting on the plane.

In addition, the FAA decided to get creative.

The agency posted humorous memes on Twitter, including a meme with Brad Pitt as part of a public awareness campaign.

In another campaign, launched in early July, adorable kids starred in a commercial mocking misbehaving adults. The wise, charming toddler warns that adults can go to jail if they continue to "do the same."

Since January, the FAA has put in place a zero-tolerance policy that lifted warnings and made the fines that accused passengers could challenge in court very high.

When FAA Chief Administrator Steve Dixon announced the policy in January, he cited the events of January 6, when supporters of President Donald Trump stormed the US Capitol, but recent incidents have most often centered on passengers not wearing masks or wanting to bring alcohol on board.

This policy will be reviewed in September when the mask mandates expire. The negotiations about making the rules permanent are blown out.

As a result, in-flight misdemeanors are becoming more and more expensive. With zero tolerance, the FAA has imposed colossal fines on 84 passengers totaling $ 682 since the beginning of the year, many of which exceed $ 000.

The highest fine offered so far this year was $ 52 for a Delta Airlines passenger who tried to open the cockpit door last December, assaulted a flight attendant and was handcuffed. A woman flying from Honolulu to Seattle then freed herself from the handcuffs and attacked the flight attendant a second time.

Another $ 21 fine was imposed on a Frontier Airlines passenger who argued about mask policy, drank alcohol, and got into an argument and fight with a nearby passenger.

And a woman in Indianapolis was fined $ 18 for arguing with the captain of the plane and hitting a nearby passenger with a baby in her arms.

Who and under what conditions can enter the United States: the latest data