Home In the U.S. 51st state of America: House of Representatives approves change of status of the District of Columbia

The US House of Representatives has once again voted in favor of a bill granting state status to the District of Columbia and granting voting rights to more than 712 Americans. This case enjoys unprecedented support, but it is possible that it could run into trouble in the US Senate. The edition told in more detail NPR. 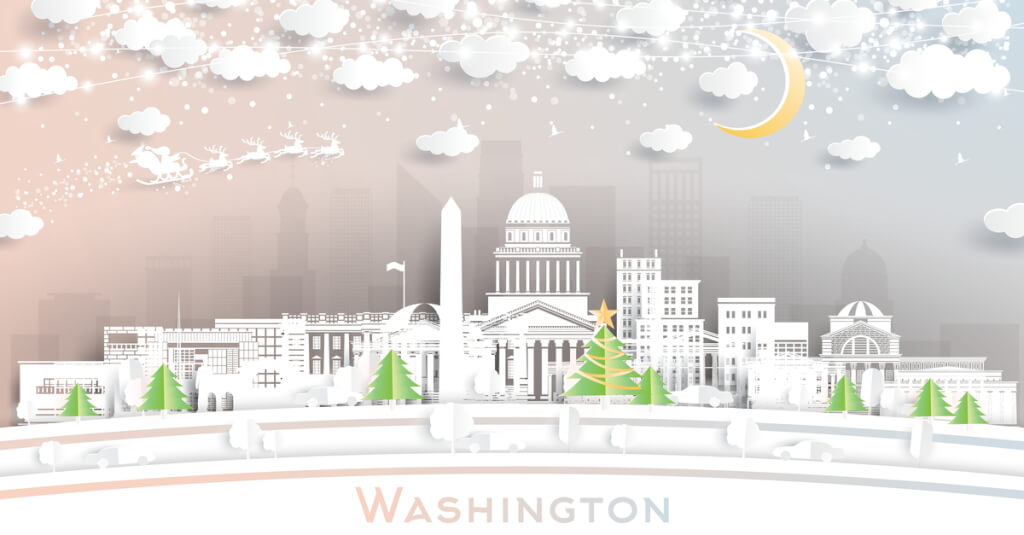 “This country was founded on the principle of no taxation without representation. But DC residents are taxed even though they have no congressional representatives, ”said bill author Eleanor Holmes Norton, a district delegate.

Her bill will reduce the size of the federal district and create a new state with two US senators and one representative in the lower house of Congress. This will put the region's residents on a level playing field with voters in other states. State proponents argue that it is also a struggle for racial justice. The District of Columbia would be the first black-majority state.

“The people who live in the heart of a democracy that is the capital of a country have no say in it,” said Ravi Perry, chair of political science at Howard University and board member of DC Vote, an organization that advocates statehood for the district.

House Democrats passed the Norton bill last year, but then it never made it to the Senate.

With Democrats now in control of the White House and Senate, there is far more support than ever before in trying to make DC the 51st state. To make this decision, the Senate needs not a simple majority, but two-thirds (60 votes out of 100). At the same time, at the moment it is not even clear whether all 50 Democratic senators, not to mention Republicans, will support this measure.

On the subject: The District of Columbia wants to become the 51st state again: what will it change and why there is so much debate about it

On the eve of the vote, Republican lawmakers linked the granting of state status to the District of Columbia with the desire of Democrats to usurp power.

“It's not about a balance of power, it's about more power,” Rep. Nancy Mays said. "It's about healthcare, a $ 93 trillion green new deal, Supreme Court appointments, tax increases and a larger, less efficient form of government."

Rep. James Comer, a Republican from Kentucky, said the Democratic push is a clear attempt to consolidate his power in Washington.

“Listening to the debate, I wonder if our colleagues would be so stubborn if Washington was 90% Republican, not 90% Democratic,” he said. "The law goes against the intentions of the Founding Fathers and is an unconstitutional, impractical and egregious seizure of power."

But Democrats argue that the struggle for state status is fundamentally a struggle for equal representation, and often cite the fact that DC residents pay more federal taxes than 21 states and more per capita than any state, according to IRS data for 2019.

“Republicans don't see taxation without representation. They don't see military service without representation, when tens of thousands of people from the nation's capital have served in every war we've ever had, ”Rep. Jamie Ruskin said. “All they see is two new Liberal Democratic senators, but that goes against everything we believe about American democracy. We do not deny people the right to vote based on our expectations of how they will vote. We do not deprive people of voting rights, because we do not agree with who they can elect. "

US President Joe Biden has repeatedly expressed support for the granting of state status to the District of Columbia. The White House has formally called on Congress to "ensure a fast and orderly state transition for the residents of Washington."

“For too long, more than 700 DC residents have been deprived of full representation in the US Congress,” the US Office of Management and Budget said in a statement. "This taxation without representation and the denial of self-government is an insult to the democratic values ​​on which our country was founded."

Senate Majority Leader Chuck Schumer (Democrat) has promised to bring the measure to the Senate ballot hall. With the required 60 votes, Republicans vehemently oppose the efforts to create a new state. Even if there weren't that hurdle, it's unclear if all Senate Democrats would support the bill.