Home Educational program How to transport a child in the car: safety requirements in different states

All US regions require special seats for transporting children in a car, but the requirements differ in terms of age, height and weight of a child who is allowed to use just a seat belt for adults. 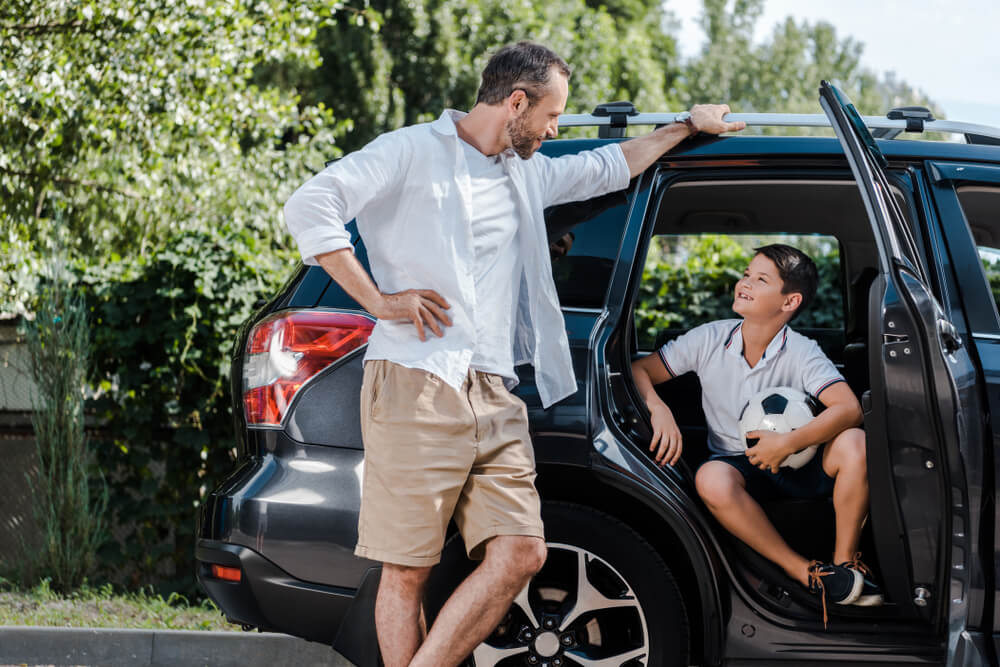 Rules on the transportation of children in the car in all states of the United States gathered the organization Governors Highway Safety Association.

Basically, the type of seat used depends on age: babies are transported in seats that are installed in the rear passenger seat and are facing backwards; preschool kids ride in chairs located in the rear seats; for older children, use booster seats.

Most states require that children be transported solely in the back seat, many regions allow children who have reached a certain weight and height to use just a seat belt for adults.

Penalties for violation of the rules of transportation of children in the car in different states range from $ 10 to $ 500, as well as points in the driver's license.

The 48 states, the District of Columbia and Puerto Rico require booster seats for children who have grown out of a safety seat but are still too small to use an adult seat belt. The only states that don't have this requirement are Florida and South Dakota.

The state's 4 (California, New Jersey, Pennsylvania and Oklahoma) require children under 2 to be in armchairs that are mounted in the rear passenger seat and facing backwards.

5 states (California, Florida, Louisiana, New Jersey and New York) require the use of seat belts in school buses. In Texas, this rule is only valid for buses manufactured after September 2010.

Detailed information for some states:

All children up to 4 years without exception are transported in the seat, as well as children aged from 5 to 7 years below 145, see

Children above 145 can use an adult seat belt.

Children under the age of 2 must be in a seat that is installed in the rear passenger seat and is facing backwards.

Children under 8 years below 145 cm are transported in a special backseat chair.

Children above 145 can use an adult seat belt.

Children up to 7 years are transported in a special chair.

Children from 8 to 15 years, weighing more than 18 kg, can use seat belts for adults.

Children under 5 must be transported in special seats.

Children under 7 years old below 145 cm - in a special chair.

The minimum fine is $ 25, the maximum is not specified in the law.

Children under 2 must be in a chair that is facing backwards.

Children up to 4 years old weighing up to 18 kg - child seat in the back seat.

Children under 8 must be transported in the back seat of the vehicle.

Children under 7 years old below 145 cm - in a special chair.

Children from 8 years, above 145 cm, can use seat belts for adults.

Children under 8 years old below 145 cm - in a special chair.

Children from 8 years, above 145 cm, can use seat belts for adults.

It is recommended that children under the age of 13 be transported in the back seat of a car.

Information on other states can be found by link.