Home In the U.S. 4 Trump Administration Decisions That Boost US Economy

A spokesman for the US Treasury Department states that US President Donald Trump’s economic freedom program is key to the success and prosperity of the United States, writes Fox Business... According to the official, the point is that the Trump administration has “four pillars” of economic freedom. 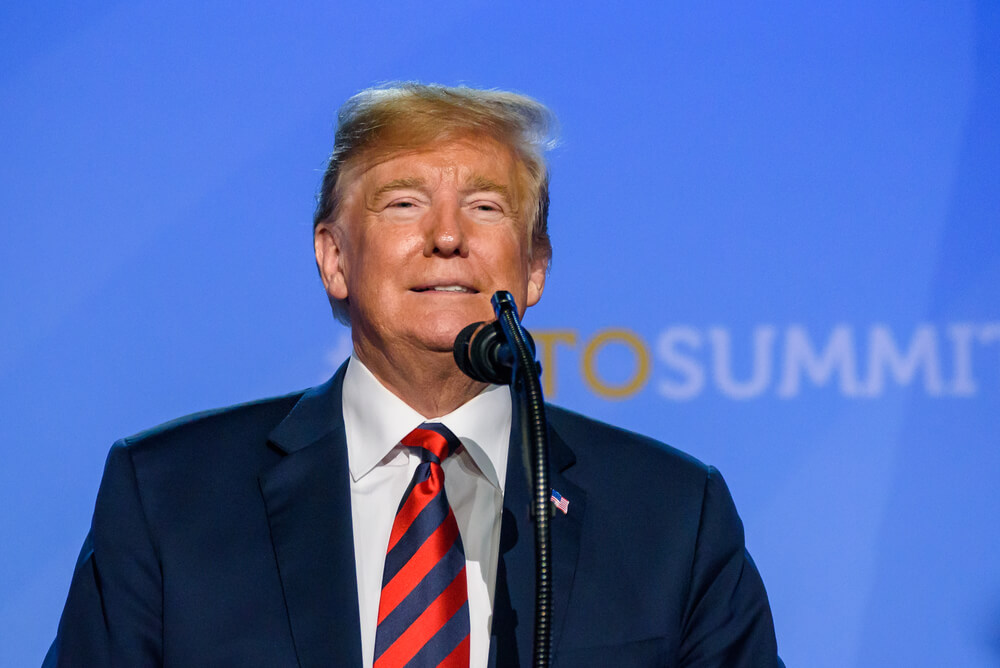 On Thursday, January 30, Monica Crowley, an assistant to the head of the US Treasury Department of Public Relations, gave an interview to the publication and said that President Trump’s economic plan is based on four principles.

“All four factors came into play to unlock the traditional American engine of economic growth, prosperity, innovation, creativity,” Crowley explained. - We see how all this is happening now. Again, this is not a coincidence. This is a direct result of President Trump's economic policies. "

“I gave you the biggest tax cut in our nation’s history,” Trump said during a speech to supporters at the Keep America Great rally in Monroe, Louisiana in November 2019, citing the Tax Cuts and Jobs Act 2017. of the year.

The Trump and Tax Reduction Act was signed by Trump in 2017 and has become one of the most significant changes to the U.S. tax code in recent decades. According to data released by the U.S. Internal Revenue Service, in 2018, U.S. companies paid $ 91 billion less in taxes.

2. Reform of the regulatory system

“We've added 12 new factories, and more are coming soon,” Trump said in January during a rally in Toledo, Ohio. "And one of the reasons they come up is because we've removed a record number of job-killing regulations."

The Trump administration canceled or postponed 860 proposed rules in the first five months and stated that in 2016, the Obama administration imposed rules imposing $ 6,8 billion in annual economic spending, while the rules introduced by Trump did not impose any costs.

On the subject: Taxes and Jobs: How Immigrants Affect the US Economy

3. The release of the US energy sector

"We ended the last administration's war over American energy," Trump said during the same Keep America Great rally in Toledo.

For example, the Trump administration recently approved a highway allowing the construction of the Keystone XL pipeline through the United States. This is a controversial $ 8 billion project, although litigation is still pending.

A 1200-mile (1 km) pipeline will transport up to 930 barrels (830 million gallons) of crude oil daily from western Canada to terminals on the Gulf of Mexico.

4. Providing the best selling propositions for an American employee

“You've lost your jobs; people were leaving; they went to other countries, ”Trump said on January 30 during a visit to an automobile plant in Warren, Michigan. "But we stopped that, and now they are coming back because they want to be where everything is happening ... in our country and in this state."

The USMCA (agreement between the USA, Mexico and Canada) plans to cover more than $ 1 trillion of trade transactions between the three countries. The agreement, among other things, requires: 75% of auto parts must be manufactured in three districts in order to circumvent foreign tariffs. Therefore, the president visited this plant in Michigan.

The agreement also provides that up to 45% of auto parts should be produced by workers who will earn at least $ 16 per hour by 2023. It is expected that 80 new jobs will be created in the automotive industry. This will bring industry up to $ 000 billion of new investments.

On the subject: 'Fragile, handle with care': expert forecasts on the global economy for 2020

Crowley welcomed the signing of the USMCA and called it "awesome."

“This is a huge historic victory for American workers, farmers, manufacturers and businesses,” the official said.

The US economy, according to preliminary data published by the Department of Commerce, maintained steady growth in the fourth quarter of last year: over the entire year, the economy grew by 2,3%, which was facilitated by consumer spending and net exports.

Crowley said President Trump’s economic success will have a significant impact on the upcoming presidential election.

“Whoever the Democratic candidates nominate will be very difficult to sell because the current president has kept his promises to the American workers and the American people,” she said. "And you are seeing results in this fast-growing economy."