Proverbs in English will help to better understand the people who invented them, and also make your speech more alive and richer. Life hacker assembled the most interesting 30. 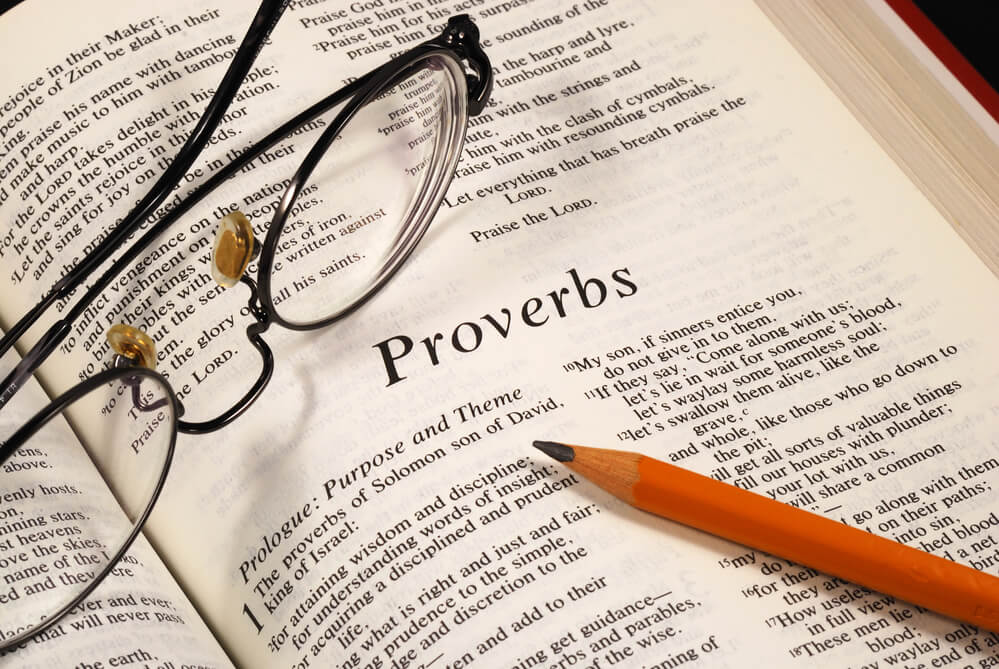 1. The squeaky wheel gets the grease

This is an American proverb. Authorship is attributed to humorist Josh Billings, but the facts are not confirmed. You can only talk about the time of the appearance of the phrase - the second half of the XIX century.

It is believed that this phrase appeared in the XVII century. In its current form, it was first used by Abraham Lincoln in 1856.

3. A picture is worth a thousand words

The proverb began to be actively used in America in the 1920s. And the first mention, recorded in written sources, refers to 1911, when this phrase was voiced by the editor of a newspaper in the Syracuse Men's Advertising Club.

The phrase brought into use by Benjamin Franklin. He uses it in a report published in the 1785 year, with reference to Poor Richard. It is noteworthy that under this pseudonym Franklin himself wrote.

5. A bad workman blames his tools

Most likely, the saying came to English from French: the first mention of the phrase in sources from France is found in the XIII century, in English - only in the XVII century.

Little is known about the origin of this proverb, one can only say that it has a longer version, which leaves no options for interpretation: "A bird is known by its song, a man by his words" ("You can recognize a bird by she sings, of man - by what he says. ").

This is one of the oldest English proverbs, which is still used today. The first mention dates back to 1175.

The expression is first encountered in the letter of Christian Saint Aurelius Augustine in 390. He wrote something like the following: “When I am in Rome, I fast on Saturdays, but I don’t do it in Milan. Always follow the customs of the church you attend if you don’t want a scandal. ”

This proverb was first recorded in the 1562 year. Later, John Trasler, one of the drafters of the collection of sayings, unwrapped this phrase to “No time is better than the present, a thousand unforeseen circumstances may prevent you in the future.” ". But caught a concise option.

10. There is no such thing as a free lunch

In the middle of the XIX century in the UK and the United States under the announcement of free dinners disguised advertising, which implied other spending. For example, in one of the saloons in Milwaukee, they were supposed to feed "for free" those who would buy a cigar or drink. Of course, the cost of meals served were included in the price of alcohol or cigars. Because of these ads, some institutions have been prosecuted for unfair advertising.

11. The pen is mightier than the sword

This is an exact quotation from Edward Boulevard-Lytton’s play “Richelieu, or the Conspiracy,” written in the 1839 year. However, in other formulations, this idea was previously expressed by George Wetstone and William Shakespeare.

The first mentions of proverbs refer to the middle of the XVI century. It is translated into English from Latin.

13. People who are not throw stones

The expression in this formulation is found in Jeffrey Chaucer’s poem “Troilus and Cressida,” written at the end of the fourteenth century. The phrase has got accustomed and is quite often used until now.

14. God helps those who help themselves

The proverb was used in ancient Greece. Sometimes its source is mistakenly called the Bible, although such a phrase is not literally found in it. On the contrary, many Christians criticize this expression as contrary to dogma.

15. Don't put too many irons in the fire

The expression came from forge shops. It is connected with the work of the apprentice, whose task was to rearrange the products with the help of forging tongs from the fire on the anvil. And if there were too many forceps in the furnace, this made the work ineffective, since the blacksmith could not work on several objects at the same time.

16. Birds of a feather flock together

The proverb has been used since the middle of the XVI century. The literature is first mentioned by William Turner in The Rescuing of Romish Fox.

This phrase was first recorded by the poet and playwright John Haywood in the 16th century. She was addressed to the poor and called for thanks for any help and support.

18. An ounce of prevention is worth a pound of cure

In 1736, Benjamin Franklin, at a meeting with firefighters in Philadelphia, uttered this phrase, warning of the need to protect against natural disasters.

19. An apple a day keeps the doctor away

The expression was widely spread after the publication in the Welsh magazine "Notes and Requests" in Pembrokeshire 1866, the proverb from Pembrokeshire: "Eat an apple before going to bed, and you will not pay anything to the doctor."

20. A leopard can't change its spots

The expression is borrowed from the Bible. The Book of the Prophet Jeremiah says: “Can the Ethiopian change his skin and the leopard his spots? So can you do good by becoming accustomed to doing evil? ”

One of the oldest proverbs in the English language, written sources first mentioned in the XVI century.

22. Do not keep a dog and bark yourself

The expression first appears in the Philotimus: The Warre Betwixt Nature and Fortune work by Brian Milbank in 1583. It sounds from the mouth of the philosopher and doctor Filotima, who lived in the IV century in Greece.

23. Discretion is the better part of valour

The phrase “The better part of valour is discretion” is pronounced by Sir John Falstaff in the first part of William Shakespeare’s play “Henry IV.”

24. Children should be seen and not heard

This rule of education was adopted in England during the reign of Queen Victoria. However, its first mention refers to the 1450 year.

Sometimes the source of the phrase is mistakenly called the Bible. In fact, for the first time, the expression in such a formulation is encountered by the theologian John Wycliffe at the end of the XIV century. Although the first epistle of Paul to Timothy contains a very similar idea: “And if a widow has children or grandchildren, let them learn to show their piety first of all towards their household and give due care to parents and grandfathers.”

The initial expression was: “Care killed the cat”. And care meant not care, but sadness or sadness. In this version, the proverb existed until the end of the XIX century, and only after that it acquired a modern look. However, curiosity was never encouraged, so this transformation seems logical.

27. Better to light a candle

The phrase is attributed to John F. Kennedy, Eleanor Roosevelt, and even to the Chinese people, but for the first time it sounds in the William Watkinson sermon collection, published in 1907 year.

The phrase appeared in England in the XVI century. Now, instead of a horse, a bat could be proverbial: “ In this form, the expression was used in the British sketch-series "Monty Python's Flying Circus".

This formulation of the phrase was first recorded in 1816 in the English-speaking biography of Evdokia Lopukhina, the first wife of Peter I. However, this idea has been encountered before.

30. A golden key can open any door

This saying should be as old as money itself. But it was recorded for the first time in 1580 by English playwright John Lilly.

Jobs of the week, where the Russian language is an advantage