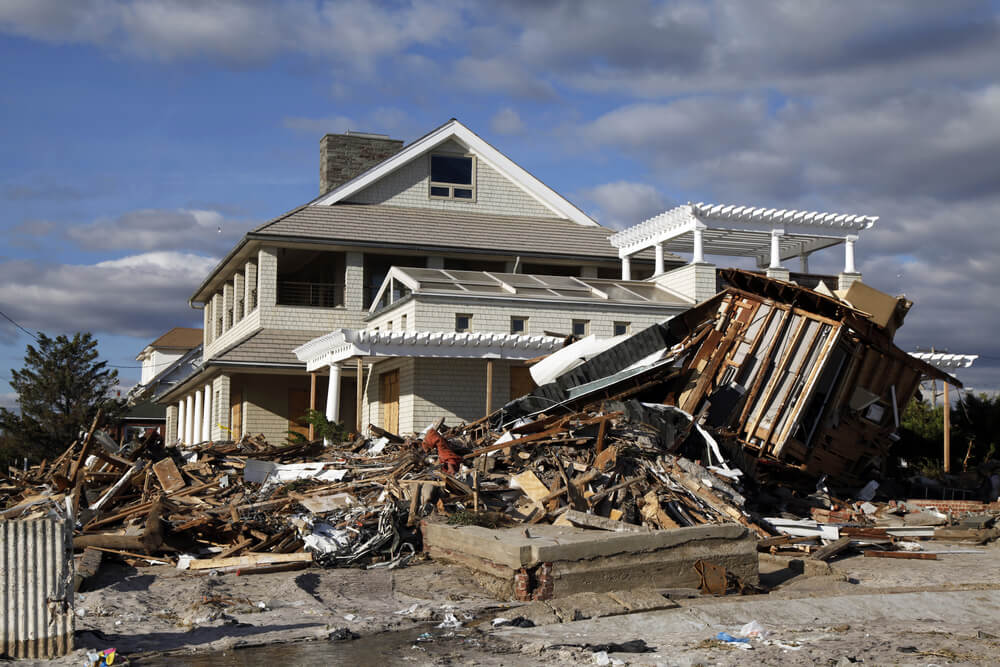 The National Weather Service confirmed an EF-1 storm that exceeded 177 km per hour in Charlotte County, causing the semi-trailer to roll over on its side and injuring the driver.

Tornado EF-2 with a wind speed of 189 km per hour tore apart several houses in Fort Myers and sent the debris into the sky. At least four people were affected by the hurricane.

Two EF-16 tornadoes were also recorded on January 0, bringing down power lines, trees, and blowing roofs off several houses. The residents were not hurt.

A severe winter storm that left much of the snow and ice in the eastern United States brought four tornadoes to Florida on January 16 in the morning. At least four people were injured. Hundreds of houses have been destroyed.

Scary moments in Fort Myers, Florida as a tornado moved through the area this morning. This was at that Gulf Harbor Yacht & Country Club.

The EF-1 tornado, which reached 177 km per hour and about 45 m wide, caused the semi-trailer to roll over on its side as the tornado crossed Interstate 75 in Charlotte County, Fox Weather reported. The trucker suffered minor injuries as a result of the accident.

On the subject: In Texas, hostages were taken in the synagogue: the terrorist demanded the release of 'Lady Al-Qaeda'

The tornado passed through the Iona area near Fort Myers, and was the first EF-2 or larger tornado to hit Lee County since January 2016.

The hurricane, which reached speeds of 189 km per hour, left at least 28 houses destroyed, 24 with major damage and 14 with minor damage. Hundreds of people were given temporary shelter.

The tornado also hit the nearby Cottage Point trailer park, where an 81-year-old man said his house was being blown off the ground.

Edward Murray said that on the morning of January 16, he was in his mobile home when a tornado picked him up and threw him onto the roof of his neighbor's house.

“This is my home that has been turned upside down,” he said. “The tornado knocked me off my feet, threw me against the east wall, and I was left there under the sink, refrigerator, kitchen chairs and everything.”

Murray and his daughter Koki were unharmed as they crawled out of the rubble.

A National Weather Service report confirms that an EF-1 tornado will be rampant in Charlotte County after it made landfall as a waterspout near Gasparilla Pier in Placid.

The tornado capsized a boat and damaged several others before leaving the wharf and breaking through Gasparilla Mobile Estates, where it damaged at least 35 residences.

It showed a maximum wind speed of 177 km per hour and was on the ground at a distance of 2 km with an estimated width of 45 m.

Although no one was hurt, the tornado caused about $500 in damage.

Charlotte County Public Safety said many residents have been displaced, noting that the local recreation center is open as a shelter for those affected by the weather.

Two EF-0 tornadoes were confirmed in Collier County on January 16. They ripped off roofs, uprooted trees, and left a trail of broken tree branches in their wake. Several trees were downed and two roofs were damaged.

No injuries were reported in any of the cases.

Meanwhile, a winter storm nicknamed the "Saskatchewan Screamer" has brought chaos to much of the US, causing heavy snowfall, power outages for 220 people and cancellation of 000 flights.

Extreme weather is likely to start moving northeast before hitting states along the Atlantic on Jan. 17, Accuweather forecasters said.

"The heaviest snowfall will accumulate in the interior of the northeast," the weather network said.
High wind warnings are in effect from Suffolk counties in New York to Maine; The National Weather Service said gusts of up to 104 km per hour are expected on Long Island and from Cape Cod to Cape Ann.

The storm also wreaked havoc on roads throughout the Southeast, including Tennessee, where hazardous conditions prompted National Weather Service warnings.

“There will be significant travel implications,” a National Weather Service spokesperson warned Jan. 16. Please be careful on the roads until evening. Travel only when absolutely necessary.”

The eastbound portion of I-40 was closed on Jan. 16 after a vehicle rolled over in rain and slush, a Tennessee Department of Transportation spokesman said.

Airlines across the country canceled more than 16 flights on January 2700, according to FlightAware, with another 1500 flights delayed.

The American Airlines Group has canceled 600 flights, and almost 95 percent of flights from North Carolina's Charlotte Douglas International Airport, American Airlines' hub, have been cancelled. Another 62 flights scheduled for tomorrow were also canceled due to bad weather.

By the time the storm is over, 100 million Americans will likely feel its effects, according to forecasters.

You can allow Tesla autopilot to violate traffic rules: this is in the settings