Life on wheels: why do Americans love mobile homes 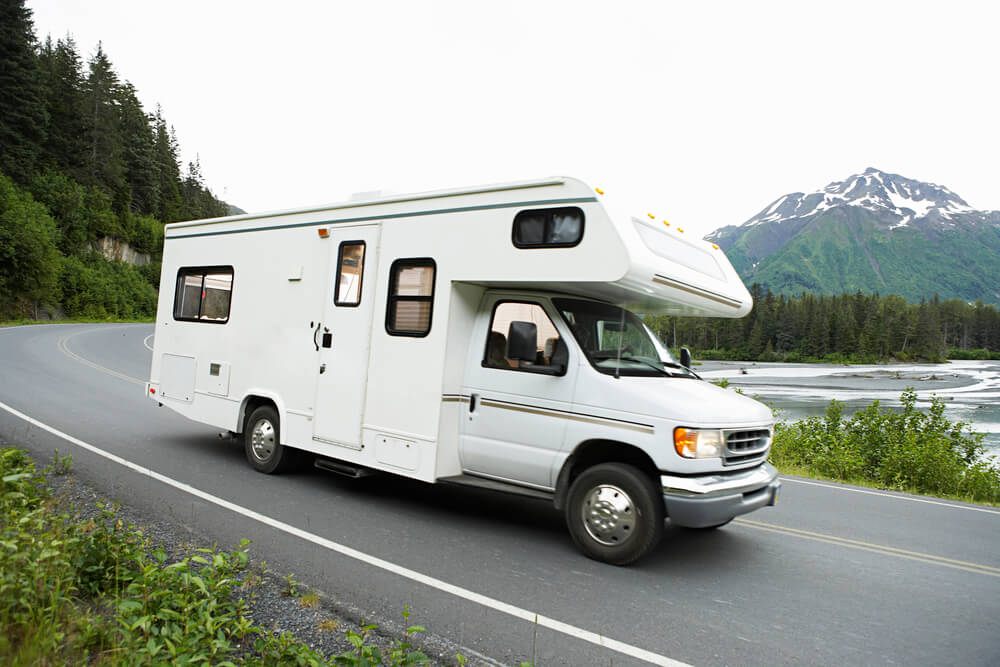 Americans love abbreviations. Say "RV" - Recreational vehicle or "Vehicles for recuperation." How ridiculous and high-flown it sounds. “ArVi” is just a trailer, only for an American in this word there is much more meaning and baggage. We have never had such a cultural unit. There were trailers, and remember what they transported? Wood, cattle or soldiers. Trailers such as "Skiff" or "Zubrenok" were the same luxury as the "Lada". Yes, and what to expect from the nation, which cars began to acquire about twenty years ago?

You know well that America lives from wheels and wings. Having once made a bet on highways and airports, they never changed themselves, continuing to steer and fly. And since Americans are people with an awl in the ass, they travel much more than ours. I’m not even talking about how often they move from place to place over the course of their lives - as a result, we have a portrait of a person who has changed over half a dozen cities in sixty years to buy and sell as many houses or apartments. In addition, America is a spacious and picturesque country, it is considered almost the duty of a developed person to drive around at least its main attractions. If not in his youth, then in retirement for sure - so I am sure, the majority of the American middle class thinks. How to do it? Buy or rent an RV.

The idea that in the trailer you can not only travel, but also live, was born with the RV itself and has flourished since that day. The trailer has become part of American culture, there is a whole phenomenon called “Nation Winnebago"(By the name of the famous brand). Heroes of Harvey Keitel, in the movie From Dusk Till Dawn, Harvey Keitel drove the bandits Tarantino and Clooney in the trailer, and De Niro, in Acquaintance to the Fakeers, lived in a real dreadnought, and not RV. Well, the most famous modern trailer is, of course, a cooking amphetamine from Breaking Bad.

I’ve seen the RV, similar to Abramovich’s yacht and old troughs, from bumper to bumper painted in psychedelic colors or pasted over with shells, trailers with quotes from Mother Teresa. Trailers with homemade life-size puppets, replacing the driver with a girlfriend, trailers playing Christian hymns at seventy decibels, and with discos on the roof. The RV has so merged with the American landscape that I simply stopped noticing it - except that I still see huge parking lots that the RV has rented.

For three years I lived in a place called Santa Vida RV Parkin the parking of trailers. I rented a room in the master's house. There are thousands of such parking lots in the States; this is a very popular business and they are inhabited by a kind of audience - usually two types: travelers and sedentary. Travelers come and go, “their own” linger, sometimes for years.

On each parking cell, you can connect to electricity, with a separate kilowatt meter. “Santa Vida” is a small parking lot, and there was only one small house with toilets and showers for all; Visitors received keys from the owner. There was also a small pool.
If the tourists disappeared without a trace, then the sedentary residents of the trailers were a much more curious public. After removing the wheels from their RVs, they put them on wooden bases, some people put covers on their tires so that the tires would not dry out and settle for months or even years. Many of the guests during the parking lot changed externally and internally - they grew hair on their necks, turning into canonical “rednecks” with eyes and piles of oil from the smoke and mountains of rubbish around the parking lot. Others preserved the appearance and habits of tidy people — except that they exchanged comfort for a slightly gypsy lifestyle. Nevertheless, all without exception were people harmless and friendly.

“A mobile home for those who have missed something important in life,” writes “The Blog of Columbia University”; while in the middle of the last century, a motorcycle home was considered a haven for middle-aged men lost and disappointed, escapists with the eternal “fall in the heart”, today it is rather a way of amputation. A tool that nonconformists remove themselves from the urban world. The idea of ​​life, as the Americans say, off the grid - “out of coverage” is becoming more interesting for young people in the first place. First, they are healthier and are not afraid to live without health insurance (American phobia number one), have no children and obligations (phobia number two), and do not pay a mortgage (phobia number three). The restrictions that had to be considered earlier are less and less: mobile communications in the USA have greatly improved over the past five years, and the mobile Internet without enslaving contracts has become much more accessible - people can work from anywhere in the States. A person who is not tied to one point in America has something to look at.

The network is now full of articles about how life on wheels allows you to save on everything, starting with a damnable rent, and they are addressed to college graduates, and not at all to pensioners, like Schmidt from the movie of the same name. America is slowly beginning to understand that the realities of a post-industrial society are already here - a diploma does not guarantee work at all. The reality is that many young people will have to choose from several not very pleasant options: micro-housing, the cheapest rent, or membership in the Nation Winnebago". I have a premonition that this nation will be much younger.

The original column is published on the website. Know Realty.

How cheap to rent a car in the USA