Home In the U.S. Colds return: icy rains will fall in the northeast of the USA

Colds return: icy rains will fall in the northeast of the USA

A sharp jump in temperature from a record low This week, before warming and mild weather, today, November 15, continues: there is yet another cooling and precipitation ahead.

Friday, November 15, began with relatively mild temperatures for most of the eastern US states. ABC News.

In addition, easing frosts were observed in almost every major city in the Midwest: the temperature did not drop below zero Fahrenheit (-17,7 C).

In Minneapolis and Chicago during the day it was about 40 degrees (+ 4,44 Celsius), from Kansas City to New York and Boston weather forecasters predicted up to 50 degrees (+ 10 Celsius).

Everything will change on Saturday, November 16, when the flow of Arctic air will move to the northeast. The temperature will again drop below zero Fahrenheit. In regions from Boston to New York and even to Washington, DC, the temperature will stay at 20 degrees (-6,6 Cº) and drop a little lower, but because of the wind it will seem that it is actually much colder.

Meanwhile, in North and South Carolina today coastal storm with heavy rains. Gusty winds of up to 65 miles per hour (104,6 km / h) can occur, and in some areas it can rain up to 4-6 inches (10-15 cm) of rain with possible local flash flooding.

By Saturday evening, the storm system will slowly move along the coast of both Carolina, still with heavy rain and gusty wind. Sudden flooding is possible in coastal states.

On the subject: End of the world: what will happen if electricity is cut off worldwide

Already on Sunday, November 17, towards evening the coastal storm will intensify off the coast of Virginia. It will bring gusty winds and rains from the coastal part of the Central Atlantic to the eastern part of New England.

Philadelphia, New York, and Boston are among the northeastern cities that will be affected by the weather.

Further inland, from Poconos to Catskills and in the highlands of eastern New England, rain can become icy, which will create dangerous road conditions on Sunday evening. 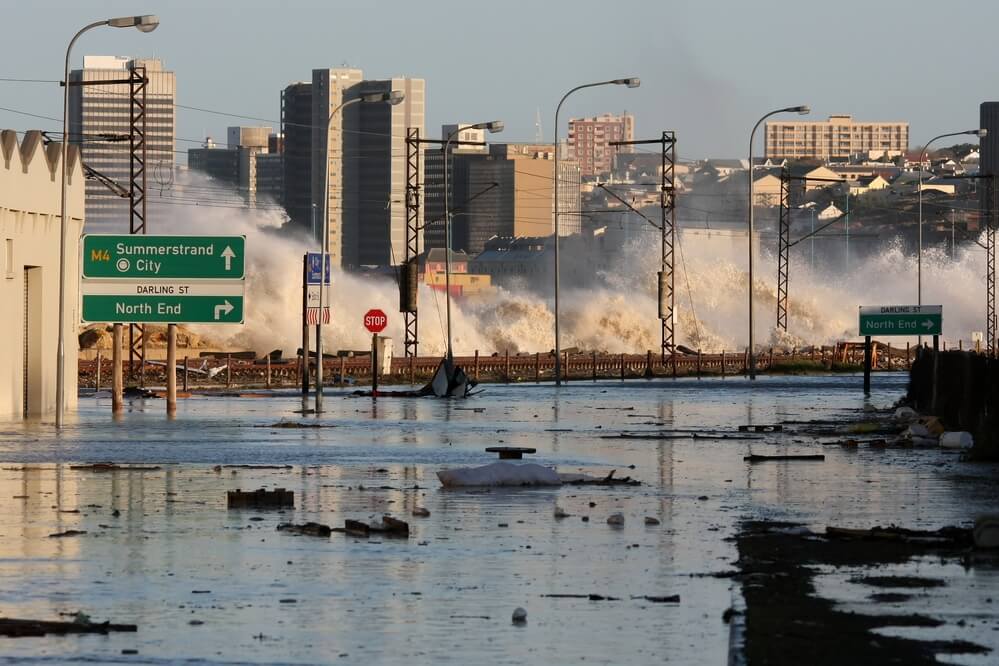 Slow coastal storms along the east coast are not unusual at this time of year, notes Weather.com.

Ten years ago, Ida hurricane in the Gulf of Mexico turned into a powerful non-tropical storm, which stopped for several days at the Outer Banks of North Carolina. The Weather Channel called this storm Nor'Ida, a combination of terms nor'easter and ida.

Three years before Hurricane Sandy, Nor'Ida caused 180 million dollars of damage along the coast of New Jersey. Delaware was also badly damaged as the storm claimed at least 4 million cubic yards of sand.

On the subject: January frosts in November: weather forecasters told which states to prepare for record cold weather

The Hampton Roads area around Norfolk, Virginia, suffered severe coastal flooding due to storm surges, freshwater flooding: there fell up to 18 inches (45,72 cm) of rain, strong destructive gusts of wind raged up to 75 miles per hour (120 km / h) .

Closer to the Nor'Ida Center, the Outer Banks suffered from rain and ongoing coastal flooding, which caused the closure of the 12 highway. This road was temporarily buried under the sand.