How to help the body adapt to cold weather faster

Autumn is in full swing and in the northern hemisphere, the thermometer is dropping ever lower, so many US residents have to get used to the cold weather. The good news: there is a way to help your body do this faster. 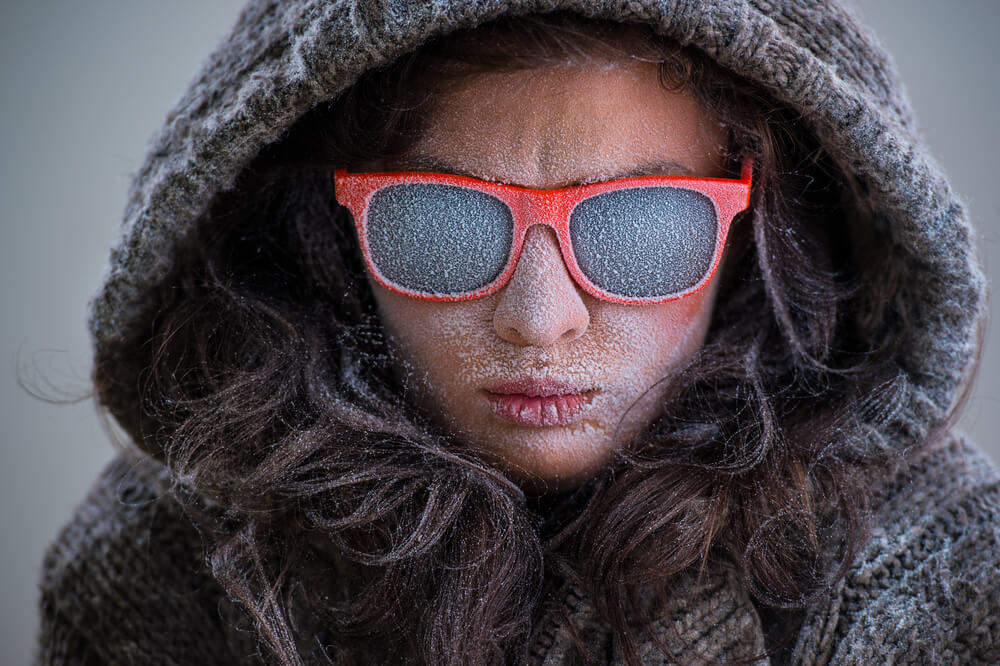 Back in the 1960 years, U.S. Army researchers found that naked men who spent 8 hours a day in the chamber at 50 ° F (10 ° C) got used to the cold and stopped trembling after 2 weeks, writes T. More recent studies by teams from Scandinavia and the UK have also concluded that people can get used to a cool environment. And a recent review of studies by military experts showed that all people seem to have the ability to acclimatize to the cold.

In a 2014 study published later in the journal PLOS One, a group of healthy men spent up to 3 hours a day sitting in tubs filled with water at a temperature of about 57 ° F (about 14 ° C) - about the temperature of the Atlantic Ocean along the coastline. New Jersey and New York in late October, according to the National Oceanic and Atmospheric Administration.

At the beginning of the 20-day study, men trembled, which is the initial reaction of the human body to cooling. Their heart rate and metabolism accelerated, generating heat. At the same time, their blood vessels narrowed and diverged from the surface of the skin, causing a decrease in skin temperature. In fact, the vascular system contracted, directing blood to warmer insides to avoid external cold.

But by 20 day, much has changed. The trembling almost stopped. Although metabolism and heart rate were still accelerated in a bath of cold water, blood vessels no longer contracted and skin temperature did not drop as it did before. Men reported less discomfort. At the same time, their blood samples contained fewer markers of stress caused by cold, and immune system activity. It seems their bodies are used to the cold.

On the subject: How time conversion affects health and what to do to adapt faster

“Everyone has the opportunity to get used to the cold to some extent,” says Marius Brazaitis, the first author of the study and senior researcher at the Lithuanian University of Sports. He says that the human body achieves acclimatization through a combination of various internal changes that people can either support or suppress depending on their behavior.

There is evidence that a certain type of adipose tissue, known as “brown fat,” can help the body generate heat in response to constantly cold conditions.

Kazimura says newborns have a lot of brown fat, which helps them stay warm because they don't have enough muscle to tremble. Although it was once thought that people lose their reserves of brown fat as they grow from infancy, studies have shown that parts of the body of an adult, in particular the area around the upper spine and neck, either retain brown fat or generate new in response to cooling.

The placement of this brown fat is important. Kazimura says that the perception of temperature is controlled by the brain, which partially detects the cold, noting the temperature of the blood entering it through the neck.

“This is why putting on a scarf makes you feel warm,” he says.

By heating the neck and the blood flowing through it, the scarf tricks the brain into believing that there is warmth around it - just as the cold tissue around the neck can help the brain cool down in summer. It is possible that in response to regular exposure to cold, the brown fat in the neck area forms and becomes more active, which allows us to feel more comfortable in lower temperatures.

Brazaitis says that the human body seems to have a number of different mechanisms that help it adapt to the cold. But most people in the developed world suppress these adaptive mechanisms, at least to some extent, protecting their bodies from “heat stress”.

“Wearing more clothes, drinking more hot drinks, raising room temperature, eating more food, which increases the rate of internal metabolism - this behavior does not allow [the body] to become more resistant to the cold,” he says.

Pulling a sweater or drinking hot tea alone does not do long-term harm, although it impedes the body’s ability to get used to the cold, but running a thermostat in your car or home costs money. According to the US Environmental Protection Agency, home and vehicle heating is one of the main sources of greenhouse gas emissions. By encouraging your body to adapt to the cold, you can feel comfortable in the fall and winter without having to rely completely on the heating system.

By adjusting your thermostat a few degrees, shedding excess layers of clothing, and spending more time outside in colder conditions - that is, doing what predominantly makes you shiver - will help your body get used to the cold, Brasitis says. The expert says that if you manage to get chills from the cold several times a day, you will start to feel more comfortable in cold weather.

The fastest way to adapt to the cold

If you really want to accelerate the body’s addiction to cold and do not have contraindications, a cold shower will help you.

"Cold showers aren't fun, but they make the body adapt pretty quickly," says John Castellani, a US Army physiologist who has studied how humans react and adapt to cold. He suggests starting with a simple cold shower — say, for 15 seconds — and adding 10 seconds each day (after you’ve stood this time, you can increase the temperature of the water).

Cold showers and other cold exposures are safe for most and may even be beneficial to your health. But people at risk for heart disease need to be careful.

“The first thing that happens when you are exposed to cold is constriction of your blood vessels and an increase in blood pressure,” says Castellani. “So exposure to cold - especially extreme cold such as jumping into an icy lake - can cause heart attacks or other problems in people with heart disease.”

But if your heart is healthy and you strive to harness the body's natural ability to adapt to the cold, a week of shaking - and perhaps a few cold showers - should do the trick.

Blackouts in California will occur for another 10 years: what threatens the climate