Home World Explosion in Beirut: where the mushroom cloud and red smoke came from

About three thousand tons of ammonium nitrate is associated with the explosion that killed more than 130 people, razed most of the Beirut port quarter to the ground and caused untold disasters in the Lebanese capital. What is ammonium nitrate, does it often explode and why did the explosion have a mushroom shape? Found out the edition with the BBC. 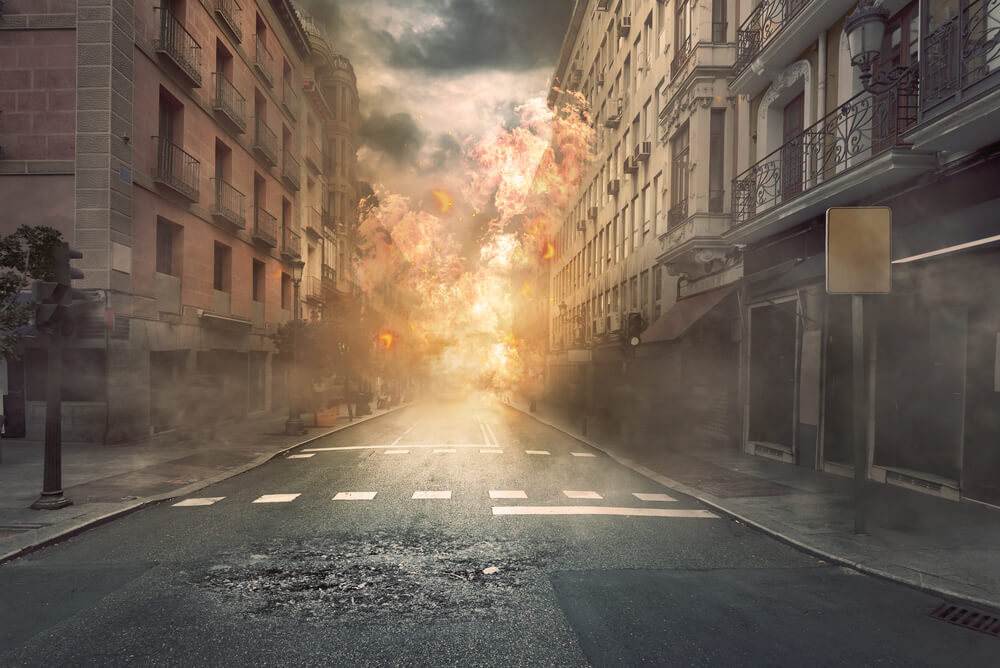 What is this substance?

“In natural conditions, in the ground, you will not find ammonium nitrate,” explains Andrea Sella, professor of chemistry at University College London. Ammonium nitrate is synthesized on an industrial scale artificially, from ammonia and nitric acid.

Ammonium nitrate is produced all over the world and is relatively inexpensive, but difficult to store. In the past, saltpeter has been linked to serious man-made disasters.

How dangerous is it?

Large volumes of this substance can absorb moisture, change their structure and harden. When interacting with fire, this form is extremely explosive.

Joe Gilbertson, head of the fertilizer sector of the British Confederation of Agricultural Industries, said that ammonium nitrate incidents are rare. But when they do, they can be destructive.

On the subject: For 70 years, the oceans warmed up to an explosion temperature of 3 billion atomic bombs

As examples, he cited the explosions at a chemical plant in the German Oppau in 1921 and in the American Texas City in 1947. More than 500 people died in both tragedies. And in 2015, an explosion of ammonium nitrate in the port of Tianjin, China, killed 173 people.

How to explain the shape of the explosion?

The video from Beirut shows fire and smoke, and then an explosion occurs, a huge cloud resembling a mushroom appears, like an atomic bomb.

“A blast wave is going through the air at supersonic speed, and you see a white spherical cloud expanding from its center upwards,” says Professor Sella.

The white sphere, which appeared a moment after the explosion, was a cloud of water condensation that passed in the wake of the blast wave.

The mushroom cloud that appeared shortly thereafter is often associated with nuclear explosions, but in order for it to form, a simple explosion of great power is enough.

The main thing is that a sphere of hot gas should form in the center of the explosion. This hot gas is more rarefied than the air surrounding it, therefore it rushes upward, forming the “stem” of the mushroom.

On the subject: Destructive explosion in Beirut: 20 videos of the tragedy filmed by local residents

Having risen to a height where the air density is less, the hot gas begins to diverge to the sides and forms a “hat”.

Does an explosion produce a toxic gas?

An explosion of ammonium nitrate can release toxic gases, including nitrogen oxide and ammonia gas.

The orange smoke from the explosion can be attributed to the release of nitrogen dioxide, one of the common air pollutants in cities.

“If there is no strong wind, it can be dangerous for others,” says Professor Sella.

Another Angle
looks like a scene from a disaster Nuclear movie #Beirut #Lebanon pic.twitter.com/Bhj8fIOeyA

Is saltpeter used in explosives?

Saltpeter was also used by terrorists, including Timothy McVeigh. In 1995, using two tons of saltpeter, they blew up the federal government building in Oklahoma City and killed 168 people. This attack remained the largest in US history until the attack on the World Trade Center buildings in 2001.

Has this happened before?

The deadliest industrial disaster in US history occurred in 1947 in Galveston. An explosion of two thousand tons of chemicals on board the ship that entered the port killed at least 581 people.