Main page At home In the USA, Ukrainian borscht was recognized as one of the best first courses on the planet

If steaming soup in a bowl sounds like the coziest food in the world, many will agree with you. According to Janet Clarkson, author of Soup: A World History, soup is one of the oldest and most versatile foods in the world. Writes about it CNN. 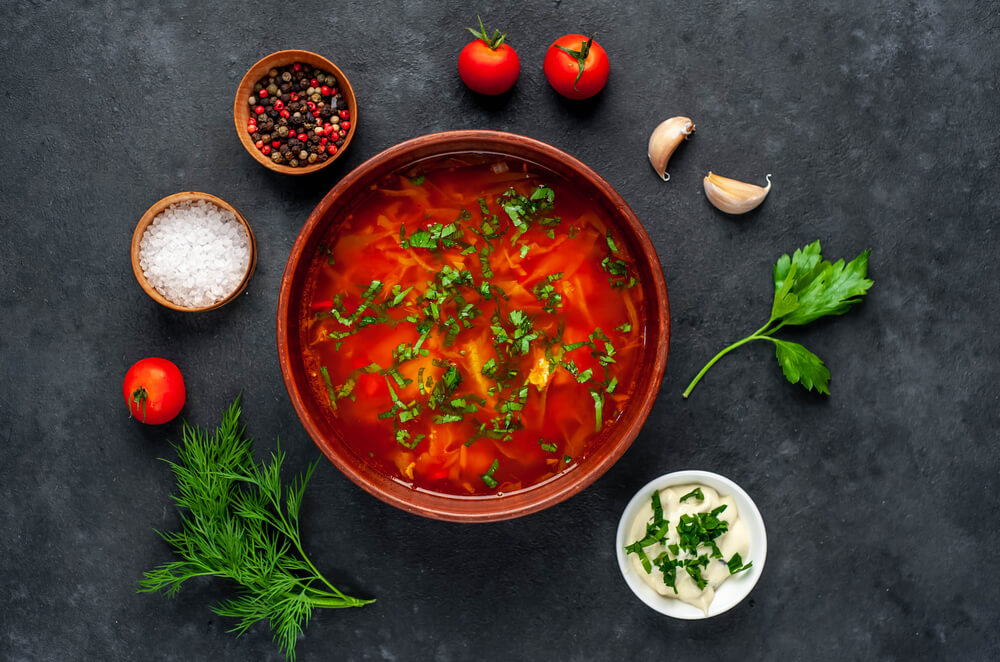 “Every culture has its own soup,” she said. "He has very ancient roots."

“The early people cooked everything in soup from turtle shells to chunks of bamboo,” she writes in the book, “since the Bronze Age, when they made metal soup pots.”

Boiling food made it possible to feed on grains, adding herbs and other ingredients for nutrition or medicinal purposes. Clarkson said that every time you bring a pot of soup to a sick friend, you are continuing an age-old tradition.

Today, soup is softer than old broths and stews are more substantial, but spoonable foods never fit into the two English-language categories.

"It's just something cooked in water," she wrote. "Flavored water is becoming an important part of the dish."

On the subject: The battle for borscht and the hummus war: how countries argue over national dishes

Pieces of tender beetroot float in the bright red broth of the soup, which is so popular in Ukraine and throughout Eastern Europe.

And although the soup is sometimes referred to as Russian cuisine, this claim is heavily disputed. Ukrainian chefs are campaigning to include their version of the recipe for this dish on the UNESCO World Heritage List.

A plum sauce called tkemali lends a bright spicy flavor to this traditional soup, which is one of Georgia's most beloved dishes.

The sauce is made from unripe plums, whose sour note balances the richness of the fatty beef and chopped walnuts cooked in the soup. An aromatic composition of a mixture of spices of hops-suneli, coriander, thyme, fenugreek, black pepper, calendula and many others adds piquancy.

On the subject: Ukraine and Russia continue the war over borsch: Michelin was dragged into the scandal

Poison in the plumbing: in Florida, a hacker tried to poison thousands of people