Home In the U.S. A building collapsed in Miami: one person in critical condition. VIDEO

A building collapsed in Miami: one person in critical condition. VIDEO

At least one person suffered as a result of the collapse of an abandoned 12-storey building in Miami Beach, local authorities said. During the demolition, which was carried out by official permission, a large stone flew across the street, hit a passer-by and threw it back a few meters. The victim is in the hospital.

Miami Beach police and firefighters answered the call around 10 on Monday morning. The building to be demolished, near 57 Street and Collins Avenue, collapsed, leaving a cloud of dust and injuring at least one person who was immediately taken to Jackson Memorial Hospital in critical condition, writes NBC Miami. The name of the victim is not called.

Officials reported that the construction company had carried out inspections, and the victim was really alone, but the technical rescue teams would continue the search work with the dogs until they were convinced that there were no other victims under the rubble of the building. 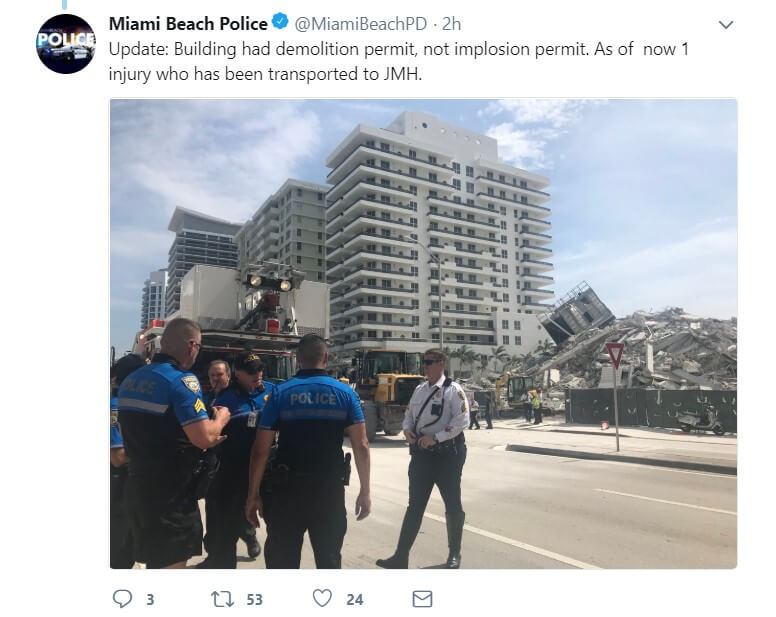 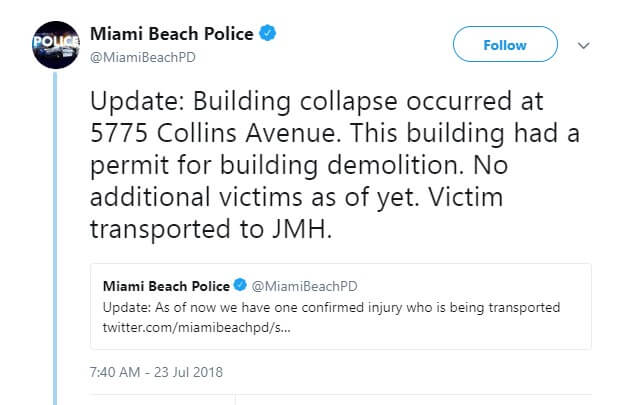 Police said the building received an official demolition permit - it was the Marlborough House tenement, built in 1961, which will be replaced by an elite high-rise building.

“Something went horribly wrong during the demolition,” Miami Beach Mayor Dan Gelber said at a press conference the same day.

Witnesses reported that during the demolition, not far from the building there were people who were watching the process of preparing builders for the destruction of the building. 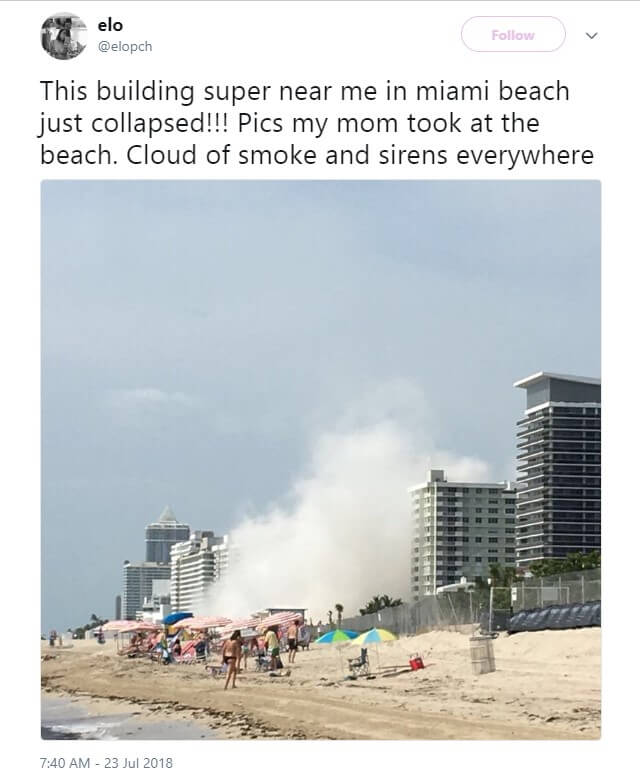 After the demolition, the wreckage flew in the direction of Collins Avenue, as eyewitnesses said, where one of the stones the size of the front of the car hit the man in the chest area and dropped at least one and a half meters.

All roads around the cost of the incident were closed - traffic stopped from 41st to 63rd streets in both directions.

Four days of horror: the story of the rescue of a tourist in the California desert