Home Page Educational program What to do in case of a fire in a public place: a reminder that can save your life

After the tragedy in the shopping center "Winter Cherry" in Kemerovowhere, according to official 64 man’s data, many began to think about how to survive in an emergency situation in a public place. Edition Provincial Daily, described the survival instructions. 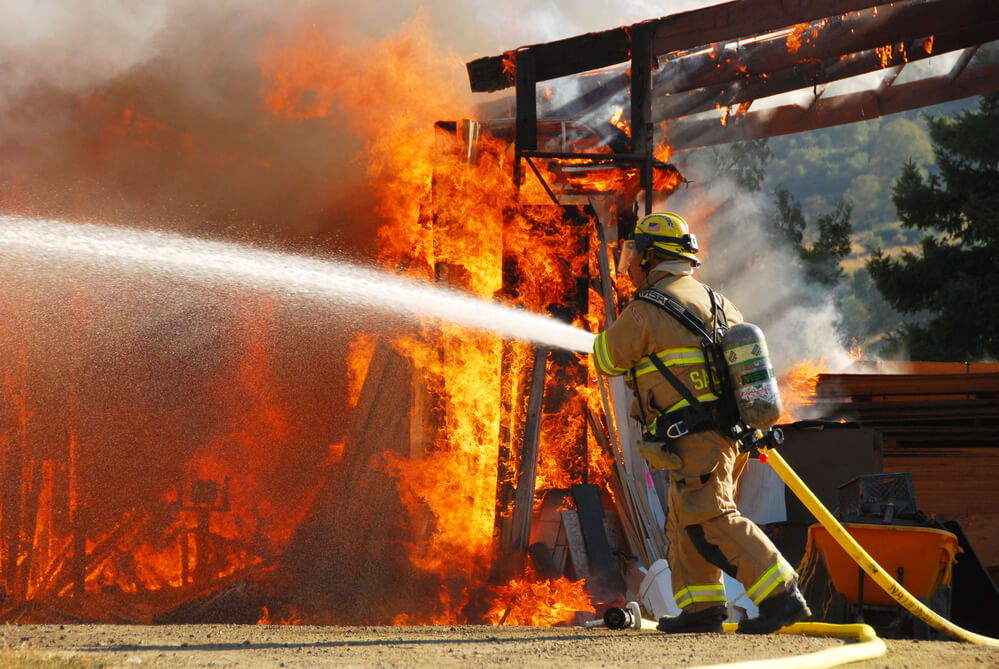 Try to remember where the exit is, if you went into an unfamiliar building. Emergency exits should be marked with green shades with a pictogram of a person. Notice where the evacuation plan sign and fire alarm button hangs - the red box on the wall. If you are in a public place with children, hold their hands.

How not to panic

Experts advise not to start a panic, but in reality it is not so simple.

• Control your breathing, take a deep breath and try to concentrate.

If the panic did not happen to you, try to step back. Panic can be expressed in hyperactivity and, conversely, in apathy. A hyperactive person, if he pushes, runs, screams, it is better to stop, until the panic is passed on to other people, ask others to help you. An apathetic person can be brought to life by rudeness or even a slap in the face. Perhaps it will save his life.

What to do in a dangerous situation

The fire alarm should work, but if it doesn’t happen, try to find out if you can get out.

If you managed to get out on your own, move away from the source of the fire. Turn off the lights if possible. Remember, elevators are dangerous, they can stop at any time.

In the US, fires occur more often, but, according to NSN, fewer people are dying, because building systems are better lined up.

Survival expert and certified rescuer EMERCOM Eduard Khalilov noted that in the US there is a red line in front of the building where only a fire truck can drive.

“There are passages between buildings, there are emergency stairs so that people can hang out of the window and go downstairs. Unfortunately, we don’t have it. Our firefighters can not always conveniently drive to shopping centers, to the entrances of houses. We are constantly forced into everything, the ladders do not reach out, there may be no water and other nonsense, ”the survival expert complained.

Recall Sunday afternoon caught fire in the shopping center "Winter Cherry" in Kemerovothe fire went on all night. At least 64 people became victims of fire. Firefighters were able to penetrate all premises only 12 hours after the start of the fire. The investigative committee announced that an employee of the private security company of the Zimnyaya Chery shopping center in Kemerovo had turned off the warning system when it received a fire signal.

In addition, the fire killed 200 animals of the contact zoo, which was located on the third floor of the building.

Victims of fire in Kemerovo: faces and destinies

Found the author of false news about "hundreds of victims" in Kemerovo: how they made money on fake