Home Incidents A powerful storm has formed in the Atlantic, which will gain hurricane strength and hit Florida

A powerful storm has formed in the Atlantic, which will gain hurricane strength and hit Florida

Tropical Storm Ian is intensifying and could become a major threat to the northwestern Caribbean and southeastern United States, including Florida next week. The edition told in more detail Weather. 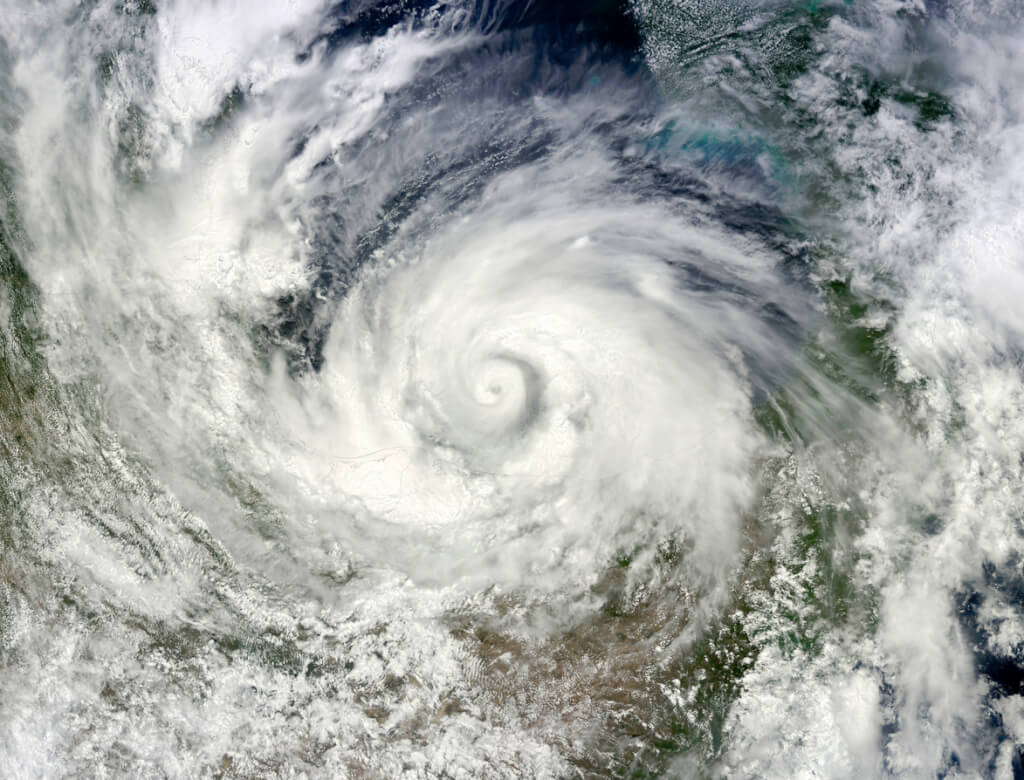 Ian was the ninth named storm of the 2022 Atlantic hurricane season.

As the state prepares for the arrival of the storm, Florida Gov. Ron DeSantis declared a state of emergency in 24 counties. This will allow more resources to be dedicated to preparing for the storm, as well as deploy members of the Florida National Guard, who will be placed on standby before Ian's arrival.

We are still in the very early stages of tracking this storm. There are aspects of the forecast in which specialists are more confident, while others remain uncertain, which is typical for tropical forecasting with such a long time.

Tropical Storm Ian is in the central Caribbean Sea and is moving west.

The wind shear over the storm has decreased. This allowed it to intensify into a tropical depression early on Friday, September 23, and then into Tropical Storm Ian late that evening.

On the subject: Step-by-step instructions on how to prepare for storms

A hurricane warning has been issued for the Cayman Islands. Winds in the Caymans can reach the strength of a tropical storm as early as the evening of Sunday, September 25.

Jamaica is on a tropical storm watch.

Heavy rain is possible in the Caribbean on Monday or Tuesday (September 26-27). They can cause dangerous flash floods and landslides in hilly and mountainous areas, especially in Jamaica and Cuba.

Storm surges up to 25 feet (26 cm) are likely in the Cayman Islands from Sunday evening (September 3) through Monday (September 7,6). Local coastal flooding is also possible along the coast of Jamaica.

The National Hurricane Center predicts Ian will become a hurricane in the Caribbean Northwest by late Sunday or Monday (September 25-26). 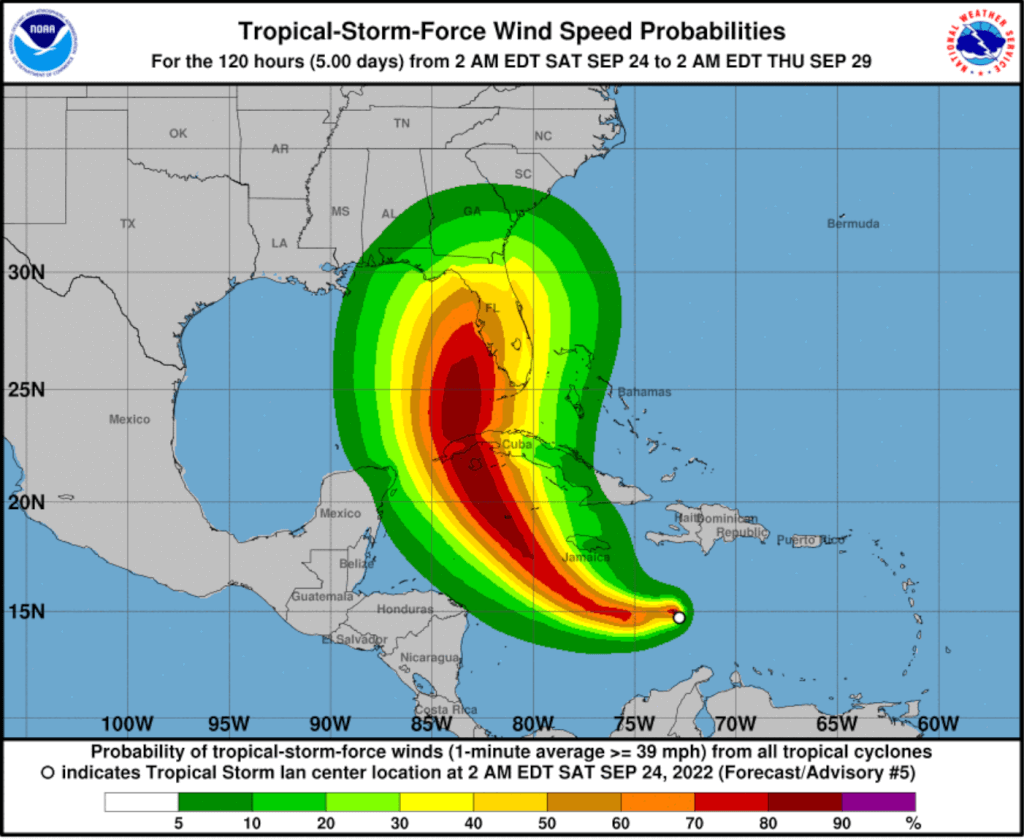 It could then hit anywhere from the eastern Gulf of Mexico to the Florida peninsula as a major hurricane (Category 3 or stronger) by Tuesday or Wednesday (September 27-28).

A quick power boost is possible while Ian is in the western Caribbean or eastern Gulf of Mexico.

Less wind shear and plenty of warm deep water in the Caribbean are factors that are expected to boost Ian in the coming days.

Interaction with the western part of Cuba will be only temporary, followed by an approach to the eastern part of the Gulf of Mexico or Florida.

What is the threat to the US

Unlike hurricanes Earl and Fiona, forecasts for Ian make it a major threat to the US mainland.

Most computer forecast models place the hurricane anywhere from the eastern Gulf of Mexico to Florida or even off the Atlantic coast of Florida during the Tuesday-Wednesday (September 27-28) time frame. Most likely, it will already have the strength of a hurricane. 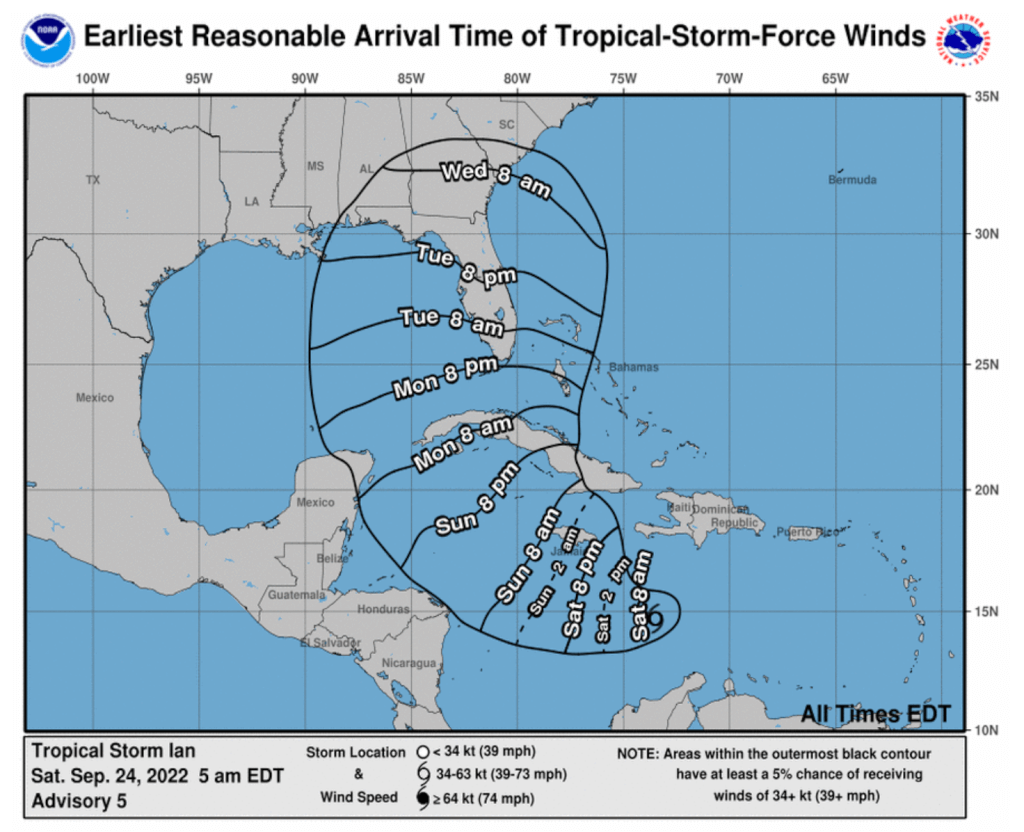 Residents of the Florida peninsula should think about preparing for a hurricane. These preparations must be completed by Monday, September 26, when streaks of heavier rain could hit south Florida much earlier than the hurricane itself.

The hurricane may then move inland somewhere over the southeastern United States, or pass near or along parts of the East Coast.

It's still too early to tell where Ian will end up. For now, all people living near and along the Gulf Coast, including Florida, as well as in the eastern United States, should monitor the forecast and have plans in place in case of hurricanes.

Traveling through Costco: the benefits of booking a vacation through a retailer

Some diseases can prevent you from getting a green card: a list and ways to solve the problem

US residents expect huge heating bills this winter: what you need to know