Home Our people Immigrant from Ukraine died from COVID-19 in Iowa: seven children were left without a father

On October 16, 45-year-old Yaroslav Ilnitsky, an immigrant from Ukraine, died at a hospital in Des Moines, Iowa. A man for 4,5 months fought with a coronavirus infection. 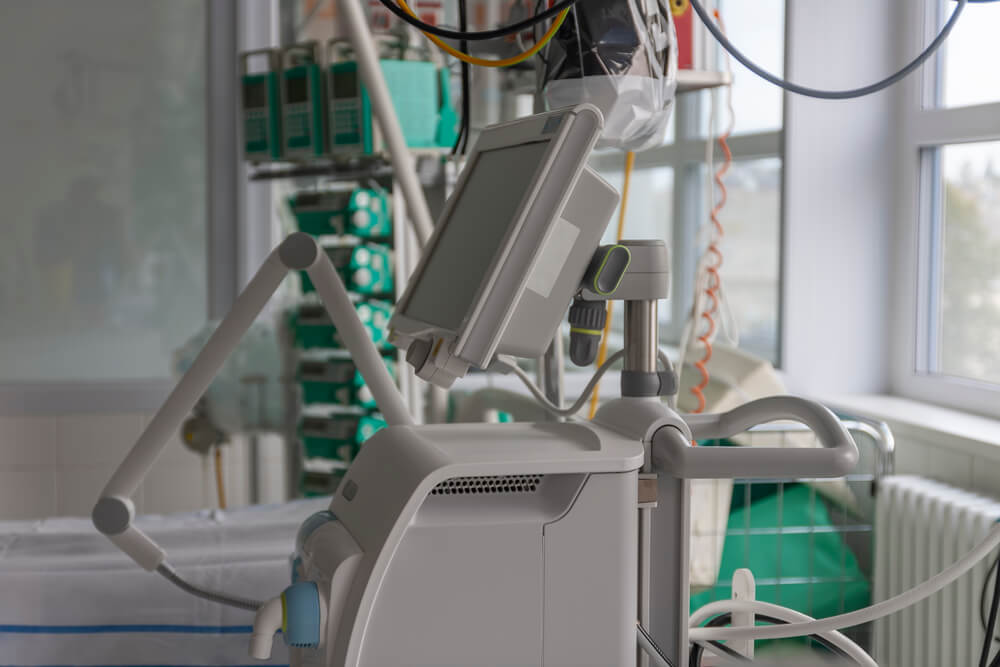 Early in the morning of May 31, Yaroslav was brought to the emergency room with dangerously low oxygen levels and severe symptoms of coronavirus infection. His story was told online by Yaroslav's relatives.

The emergency room staff stabilized his oxygen readings and performed a series of tests that confirmed COVID-19 and severe pneumonia in both lungs. Yaroslav, also suffering from type 2 diabetes, was admitted to intensive care. It is known that this disease aggravates the course of coronavirus infection and complicates recovery.

Due to diabetes, doctors postponed mechanical ventilation as much as possible, but on the evening of June 1 they were forced to connect it to a ventilator, as lung function deteriorated. The longer a person breathes with this apparatus, the more difficult it is for him to recover from. With Yaroslav, only his wife Zhanna was allowed to stay and only for three days - in October. Children, brothers and sisters could not see Yaroslav all the time he was in the hospital.

On the subject: Jumped out of a burning car: an immigrant from Belarus had a terrible accident in New York

The man was on mechanical ventilation until June 22. The doctors felt that it became easier for him and disconnected him from the apparatus. After that, Yaroslav's heart stopped. He was resuscitated and reconnected to mechanical ventilation, entering into a medical coma. On July 18, my heart stopped again. The man's condition either worsened or improved again. On August 7, Yaroslav was discharged from the intensive care unit to the department of pulmonary diseases, disconnected from mechanical ventilation. But the man could not cope with the disease. Before his death, he managed to spend several days at home with the closest people. Yaroslav passed away on October 16. The family said he "fought to the end."

Yaroslav came to the United States with his parents, brothers and sisters in 1989. Upon arrival, Yaroslav and his family lived for 5 years in Sacramento, California. In 1993 they moved to Lincoln, Nebraska, where they stayed for over a year. His father Peter found work for himself and his son in Des Moines, Iowa. The family bought a house in this city.

At 18, Yaroslav bought his first truck and hired a driver for him who could drive around 48 states. This is described on the page in memory of the deceased on the website tributearchive.com... On one of these trips, a driver was stuck with no load in Portland, Oregon. That weekend in 1996, Yaroslav drove to Bellevue, Washington to meet on his driver's business. There he met his future wife Jeanne.

All these years Yaroslav worked in cargo transportation. In 2009, with the support of his wife, he opened his own transport company, ZSI Transport Company. By that time he had learned how to repair trucks and trailers, and worked as a mechanic in his own company.

Even with his busy schedule, he always found time to help the church he was a member of. Yaroslav knew the value of difficulties and always helped everyone who needed help, his relatives say. Many times he put off his business to go to help other people, while he never forgot about his family. For the past two years, he and Jeanne have devoted their time to missionary work in Mexico.

Yaroslav has a wife and seven children (4 daughters and 3 sons), for whom he was the breadwinner. The loved ones of the deceased turned to GoFundMe asking for support. Yaroslav will be buried on Saturday, October 24.

Unbearable for most Americans: NYT named the cost of Trump's treatment for COVID-19