Main page Immigration in the USA USCIS reverts to the old version of the US Citizenship Test: Correct Questions and Answers in Russian

As a reminder, on December 1, 2020, the United States Citizenship and Immigration Services (USCIS) implemented revised version citizenship test for naturalization. However, due to recent policy changes, some candidates who are required to take the 2020 Civil Law Exam now there may be a choice: Pass the 2020 test or the 2008 test. 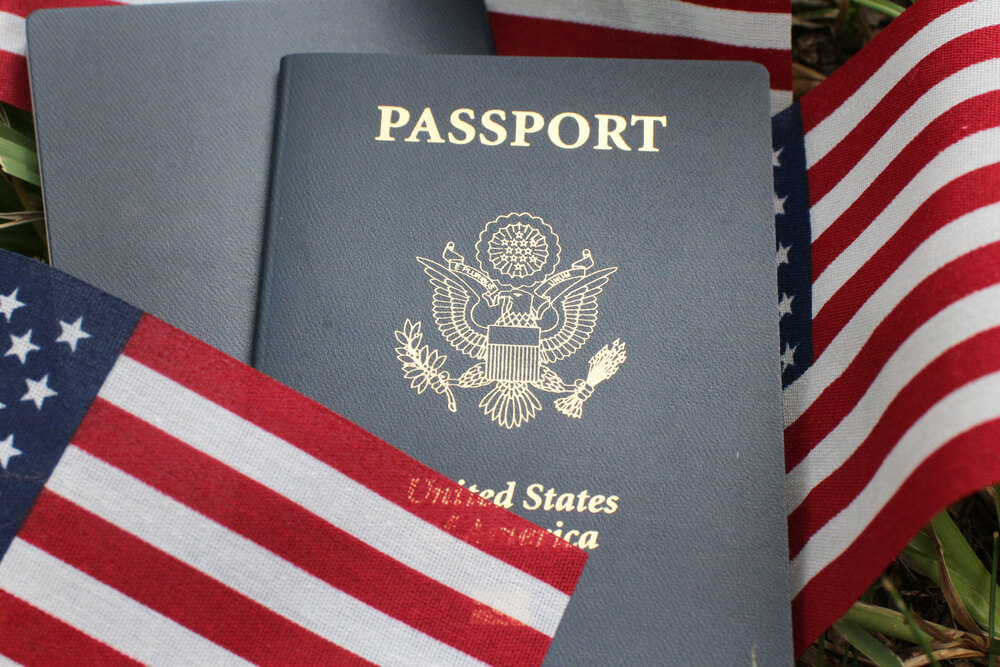 Note! After April 19, 2021, USCIS will only ask questions for the 2008 test, regardless of whether you filed your naturalization petition before April 19 or after that date.

The civil test requires you to show your knowledge of the history and political system of the United States - this is the most difficult part of the citizenship exam, and you need to prepare in advance.

The questions are divided into three broad thematic groups: American government, American history (geography), and civil life. They are asked in English, no answer options are offered. Most of them are simple, but some require prior preparation, especially those related to US history. In certain cases, there may be several correct answers, then you need to name as many as they ask in the question.

Especially for its readers, ForumDaily translated all 100 questions of the 2008 test and the answers to them. The immigration agent asks the applicant for citizenship any ten of these questions of his choice, you need to answer correctly 6 of them.

1. What is the highest law of the country?

2. What does the Constitution do?

3. The idea of ​​self-government is contained in the first three words of the Constitution. What are these words?

4. What is an amendment?

5. What are the first ten amendments to the Constitution called?

7. How many amendments are there in the Constitution?

8. What did the Declaration of Independence do?

9. What are TWO rights specified in the Declaration of Independence?

10. What is freedom of religion?

11. What is the US economic system?

13. Name ONE branch or part of the government.

14. What prevents one branch of government from becoming too powerful?

On the subject: 5 worst mistakes immigrants make when applying for US citizenship

15. Who is in charge of the executive branch?

17. What are the two parts of the US Congress?

19. For how many years is a US Senator elected?

20. Who is one of the US senators from your state now?

21. How many voting members are in the House of Representatives?

22. For how long is a member of the US House of Representatives elected?

23. Name your US representative.

24. Who does the US Senator represent?

25. Why do some states have more representatives than others?

26. For how long is the president elected?

27. In what month are presidential elections held?

28. What is the name of the President of the United States?

29. What is the name of the US Vice President now?

30. If the president can no longer fulfill his duties, who will become president?

31. If both the president and vice president can no longer fulfill their duties, who will become president?

32. Who is the commander-in-chief of the armed forces?

33. Who signs bills that become laws?

35. What does the presidential administration do?

37. What does the judiciary do?

38. What is the highest court in the United States?

39. How many judges are there in the Supreme Court?

40. Who is the Chief Justice of the United States now?

42. Under the Constitution, some powers are vested in the state governments. What is ONE state commitment?

43. Who is the governor of your state now?

44. What is the capital of your state?

45. What are the two main political parties in the United States?

46. ​​What is the president's political party now?

47. What is the name of the Speaker of the House of Representatives?

48. Four amendments have been made to the Constitution regarding who can vote. Describe ONE of them

49. What is the responsibility of only US citizens?

50. Name ONE right for US citizens only

51. What are TWO rights that all people living in the United States have?

52. What do we show loyalty to when we take the Oath of Allegiance?

53. Name ONE promises you make when you become a United States citizen?

54. How old should citizens be to take part in the presidential elections?

55. What are TWO ways that Americans can participate in democracy?

56. When is the last day on which federal income tax forms can be submitted?

57. When should all men enroll in line military service?

58. Name ONE of the reasons why the colonists came to America?

59. Who lived in America before the arrival of the Europeans?

60. What group of people was taken to America and sold into slavery?

61. Why did the colonists fight the British?

62. Who wrote the Declaration of Independence?

63. When was the Declaration of Independence adopted?

64. There were originally 13 states. Name THREE of them.

65. What happened at the Constitutional Congress?

66. When was the Constitution written?

67. The Federalist Notes supported the adoption of the US Constitution. Name ONE writer.

68. What is Benjamin Franklin known for?

70. Who was the first president?

71. What territory did the United States buy from France in 1803?

73. Name the North-South US war

74. Name ONE problem that led to the civil war

75. What important thing did Abraham Lincoln do?

76. What did the Emancipation Proclamation do?

79. Who was the President during the First World War?

80. Who was the President during the Great Depression and World War II?

81. Who did the United States fight in World War II?

82. Before becoming president, Eisenhower was a general. What war did he serve?

83. What was the main external problem of the United States during the Cold War?

84. What movement has tried to end racial discrimination?

88. Name ONE of the two longest rivers in the United States.

89. What ocean is on the west coast of the United States?

90. What ocean is on the east coast of the United States?

94. What is the capital of the United States?

95. Where is the Statue of Liberty?

98. What is the name of the national anthem?

99. When is Independence Day celebrated?

We offer you try your hand at passing the test for citizenship.

US officials banned from using the words 'illegal' and 'foreigner': laws change ahead