Main page In the U.S. The unemployment rate fell to a 50-year low

The unemployment rate fell to a 50-year low

The job market flooded sharply in December, after employers added 312 jobs amid a plunge in the stock market and a growing shortage of workers. 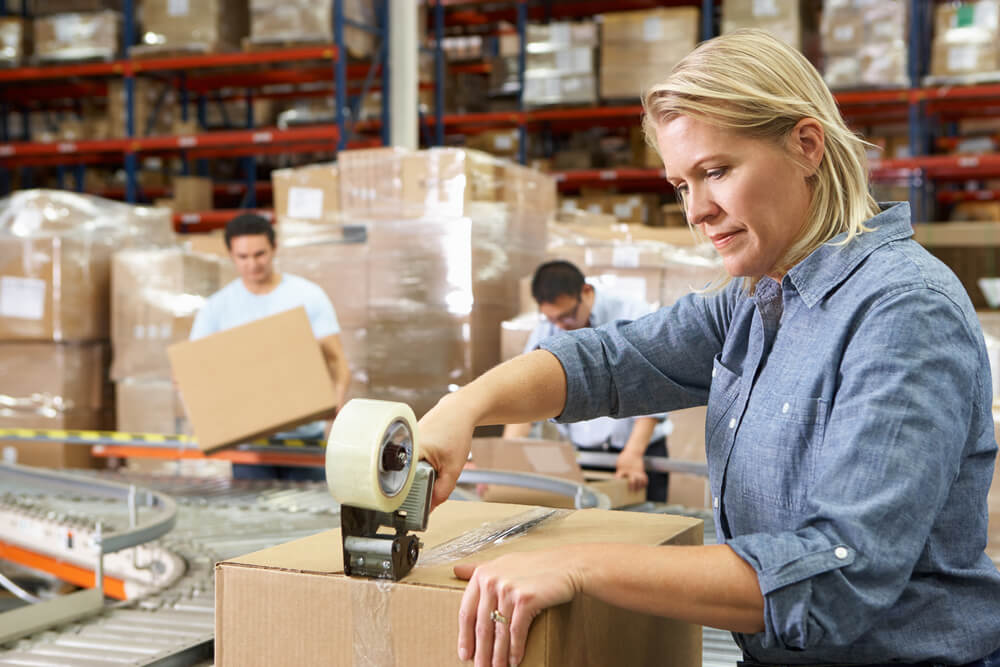 This report boosted the stock market, bringing the Dow Jones index up almost 600 points, or 2,6 percent, to 23 276 as of 10: 27 EST on Friday. The decline in the value of the shares followed on Thursday, after Apple lowered its revenue forecast amid slowing sales in China, and a private poll showed a sharp drop in US manufacturing activity.

The harsh weather held back the growth in jobs in November, so good December data may be the result of a return to work, especially in sectors such as construction and restaurants. But the wage increase seems to reflect hiring, which far exceeds these weather effects.

“Despite the recent volatility in the stock market, the underlying economy is strong and growing,” says Andrew Chamberlain, chief economist at Glassdoor, a job listing and search site.

Worry about the economy was caused by rising interest rates by the Federal Reserve, the Trump administration’s trade war with China and the slowdown in the global economy. Therefore, the report on the growth of jobs by the end of 2018, became a kind of reassuring.

The partial closure of the government that began last month has further upset investors, although the 400 simple 000 federal employees did not affect the December employment figures, as the Labor Service conducted a survey at the beginning of the month.

However, other factors could have an impact. Since in November, snowstorms in the Northeast and Midwest reduced employment by about 20 to 000 people, Goldman Sachs expected similar growth last month. At the same time, seasonal hiring in retail sales began before Thanksgiving, which may have led to a reduction in the number of jobs in this sector by about 10 000 in December, a research firm reported. 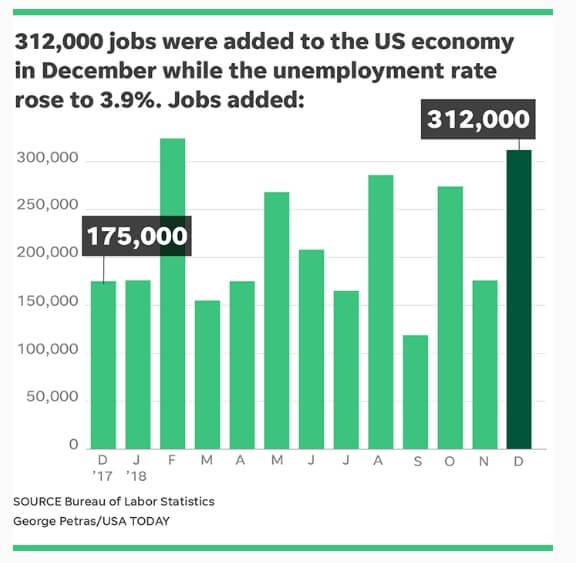 Overall, Barclays expects average monthly job growth to slow from 220 000 in 2018, the best from 2015 to 160 000 this year. Low unemployment makes it difficult for employers to find qualified workers. According to economists, the consequences of lowering taxes and increasing costs, adopted by Congress, are likely to begin to disappear.

The average hourly wage rose 11 cents to $ 27,48, which increased the annual increase from 3,1 percent to a new nine-year maximum of 3,2 percent.

It is expected that enterprises will continue to raise wages more sharply, as they seek to attract a smaller group of workers. This may exacerbate the dilemma facing the Federal Reserve. A wage increase may accelerate inflation, which will force the Fed to pursue a policy of raising interest rates twice this year. But markets now expect Fed officials to continue to hold back any rate hikes in light of market turbulence and growing concerns about a slowdown in the economy.

The percentage of adult Americans working or looking for work has grown from 62,9 percent to 63,1 percent, which is the highest since September 2017, as more Americans, including retirees, have returned to the labor market, offering more jobs and higher wages .

Healthcare has resulted in a massive increase in jobs with 58 people. Leisure and hospitality, including restaurants and bars, added 000 seats; professional and business services - 55 places; and retailers - 000 locations. In construction, about 43 jobs were added.

10 life hacking for those planning to leave for the USA