Burning the Devil, Evil Santa and Radish Sculptures: 10 Unusual Christmas Traditions from Around the World

Countries around the world have unique Christmas customs that they have been practicing for decades or even centuries. Perhaps you will be inspired by new rituals this year, reports Travel Leisure. 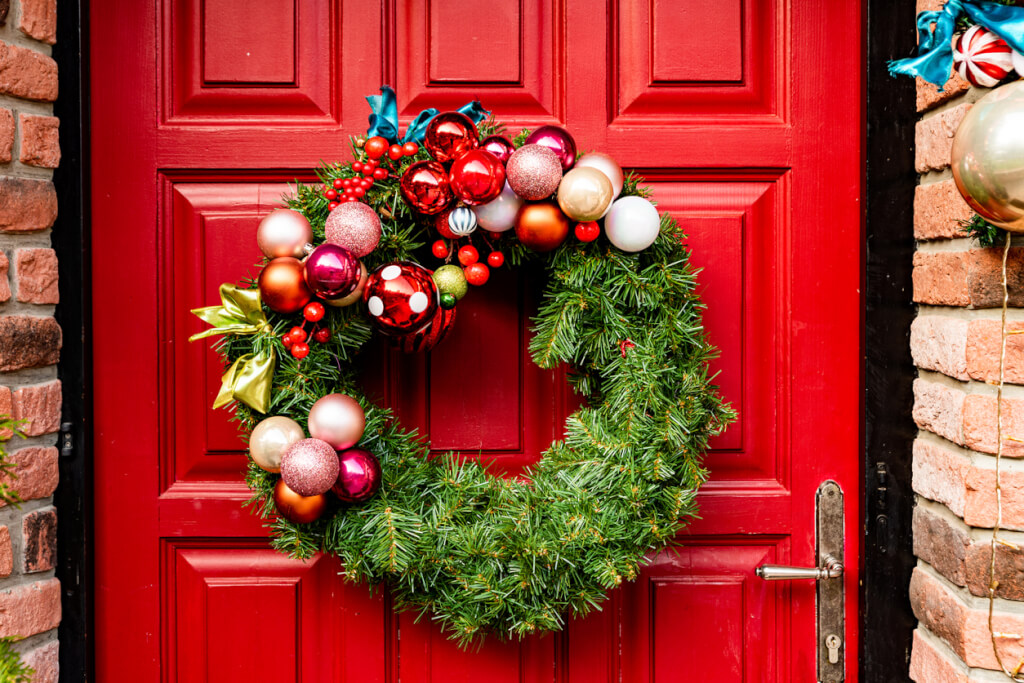 For example, some European countries have an evil counterpart to Saint Nicholas, the Krampus, a supernatural figure meant to punish bad kids in every possible way, from leaving lumps of coal in their Christmas stockings to hitting them with a birch twig. According to the Smithsonian Magazine website, Krampus is the most common, especially in Alpine and Central European countries.

Japan has its own distinct Christmas traditions, shaped in part by none other than Kentucky Fried Chicken. In the early 1970s, KFC launched a campaign advertising fried poultry as America's favorite holiday meal. Special Christmas packaging and Santa Claus hats on statues of Colonel Sanders outside restaurants reinforced the message. According to the KFC website, today KFC Japan's highest sales are during the holiday season, peaking around Christmas Eve.

While some traditions may be unfamiliar to people in the US, they are much loved by those who observe them around the world.

The devilish doppelgänger of St. Nicholas has one task: to punish the bad kids before Christmas. In other words, his stomach isn't shaking like a bowl of jelly. Instead, imagine the figure of a half-goat demon (often with fur and horns). And instead of a bag full of toys, Krampus sometimes carries a basket or bag to kidnap especially bad kids and transport them to hell. Try this holiday tradition at the Krampusnacht and Krampus Runs parties, during which noisy revelers frolic around the city in animal costumes.

Horses and Christmas go hand in hand in Wales. Marie Lvid translates to "Grey Mare" and involves the carriage of a horse - either a figurine of a horse or someone dressed as a horse - from door to door, accompanied by a group of townsfolk. The exact origin is unknown, but according to Wales.com, the tradition goes back hundreds of years. The ritual begins with traditional Welsh songs and a request to enter the house so that there is more music and fun around. It may also include a rhyming contest between the troupe and the residents of the house, a satirical exchange not unlike a modern rap contest.

Evergreen trees and white snowy landscapes may be some people's idea of ​​a perfect Christmas, but that's not the case in Australia. December 25th, falls in the middle of summer, making it the perfect time to host a Christmas beach party. Another popular tradition is candlelight hymns, when people light candles and sing holiday songs in parks and other outdoor places.

A traditional Christmas dinner for millions of Japanese is a bucket of KFC. Christmas itself is not really a religious holiday, as most people in the country don't identify as Christians, but it's a fun, secular celebration nonetheless. This unusual custom is the legacy of a 40-year-old marketing campaign in which the fast food chain promoted fried chicken as a traditional American Christmas treat. In the weeks leading up to the holiday, statues of Colonel Sanders outside Japanese KFCs are dressed up as Santa, and chicken is served in special holiday wrapping.

This tradition goes back to a folk tale in which spiders used to decorate the tree of a family too poor to afford proper Christmas decorations. When they woke up on Christmas morning, the webs woven during the night turned silver and gold. Nowadays, Ukrainian Christmas trees are decorated with cobwebs made of various materials such as crystal, paper, metal and plastic. Thin sparkling strings (popularly called "rain") are hung on the Christmas tree at the end of the decoration process. The garlands are reflected in the “rain”, and the festive tree shimmers with all the colors of the rainbow.

Who is jumping down the chimney? Like Santa Claus, an old witch named La Befana flies around on her broom and brings treats for good Italian children and charcoal for bad children on Christmas Eve. The Italian Christmas custom is inspired by the Christian story of the Magi visiting Jesus, but its origins can also be traced back to an ancient Roman pagan holiday.

A consoada is a traditional festive dinner on Christmas Eve that honors deceased friends and relatives who can no longer join the celebration. Usually, an empty seat is left at the table for the alminhas a penar (or "souls of the dead"), who may attend the feast, according to Visit Portugal.

This ceremonial "burning of the devil" is a prelude to Guatemalan Christmas. Residents sweep, collect garbage and pile everything in a huge pile on the street, and after a effigy of the devil is placed on top, it is all set on fire, destroying the negativity from the past.

Night of the Radish, Mexico

December 23rd is Radish Night in Oaxaca, Mexico. This interesting tradition is a celebration using radishes that are carved into intricate displays. The annual Christmas market event began over 120 years ago when vendors carved radishes into design objects to attract shoppers.

Iceland has several unique Christmas traditions, ranging from the "Christmas Book Flood" where everyone gets at least one book on Christmas Day, to plain sheet bread. Icelandic Yule Lads is another tradition.

During the 13 days leading up to Christmas, the Yule Lads come down from the mountains to give the children presents—or potatoes. Every evening the children lay out their shoes, and in the morning they will find a small gift from Yule Lad if they were good, or potatoes if they were bad.

Top 15 most breathtaking caves in the world