Home Educational program The 15 most amazing caves in the world, from which are breathtaking

There are a huge number of caves on our planet, but there are those from which it takes your breath away, which you want to visit. Writes about it Vsviti. 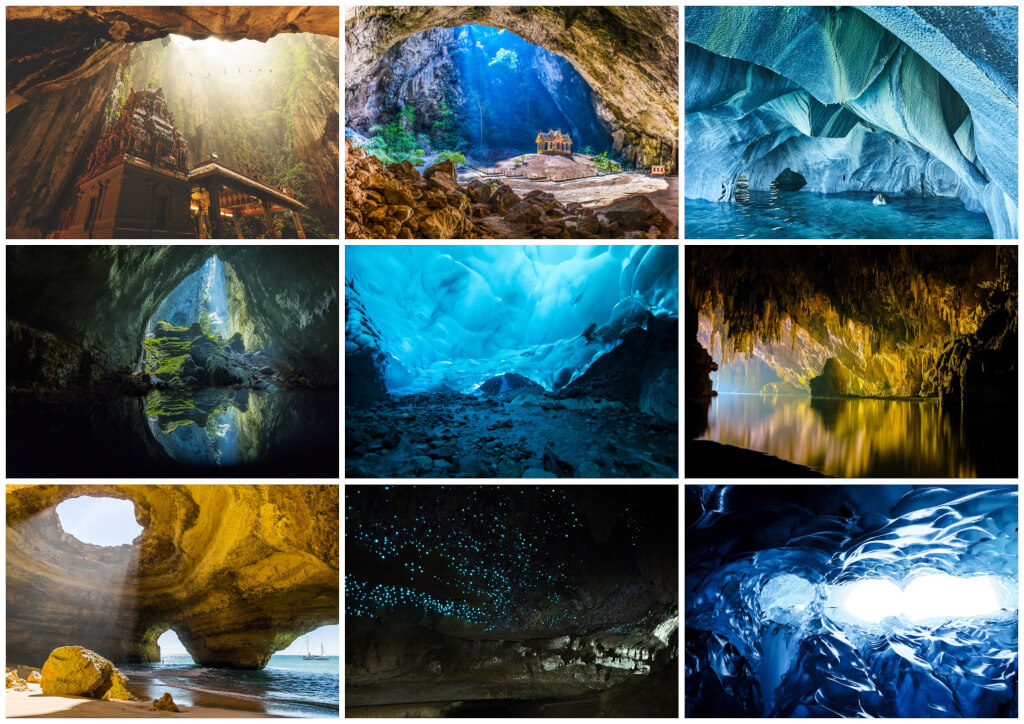 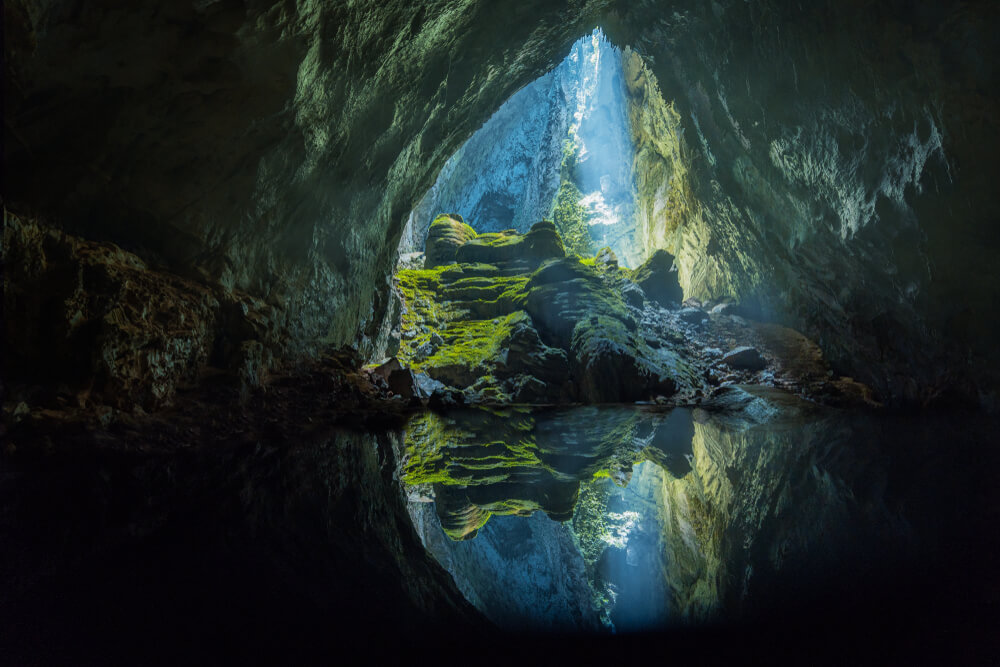 Son Doong Cave is located in Vietnam and is the largest in the world. In 2009, a group of British cavers led by Howard Limbert explored the cave. The cave immediately fell into the Guinness Book of Records. 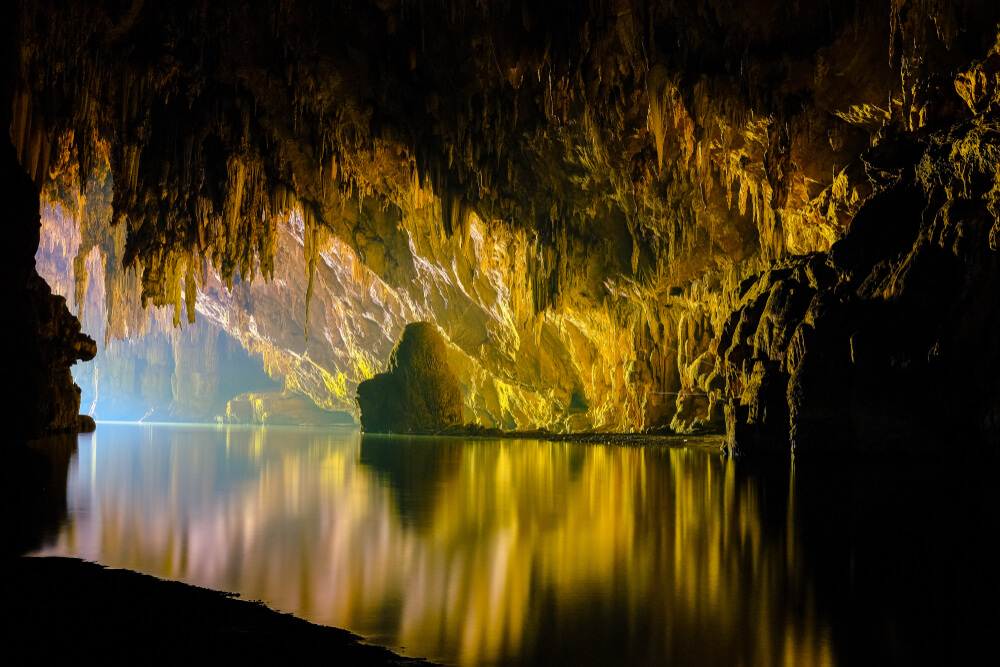 Thamlod is filled with beautiful stalactites and stalagmites and is home to hundreds of thousands of Pacific swifts who have adapted to live in a cave. 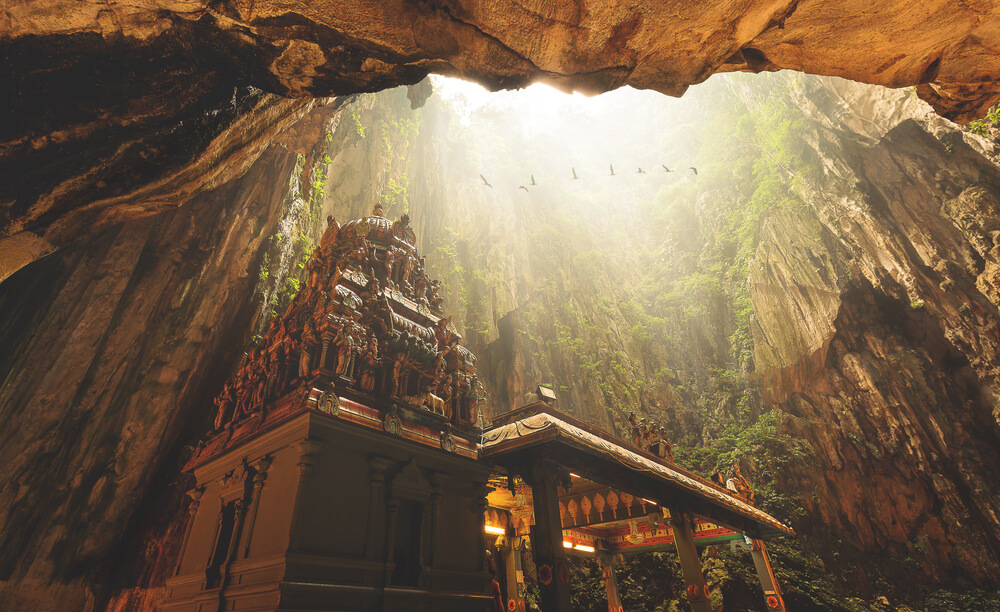 Batu caves are about 10 kilometers from the city of Kuala Lumpur. In the cave are Hindu sanctuaries dedicated to the god Murugan.

These amazing caves, called the Cave of Crystals (Cueva de los Cristales), are located in the Mexican desert at 300 meters depth. The cave was discovered in 2000. 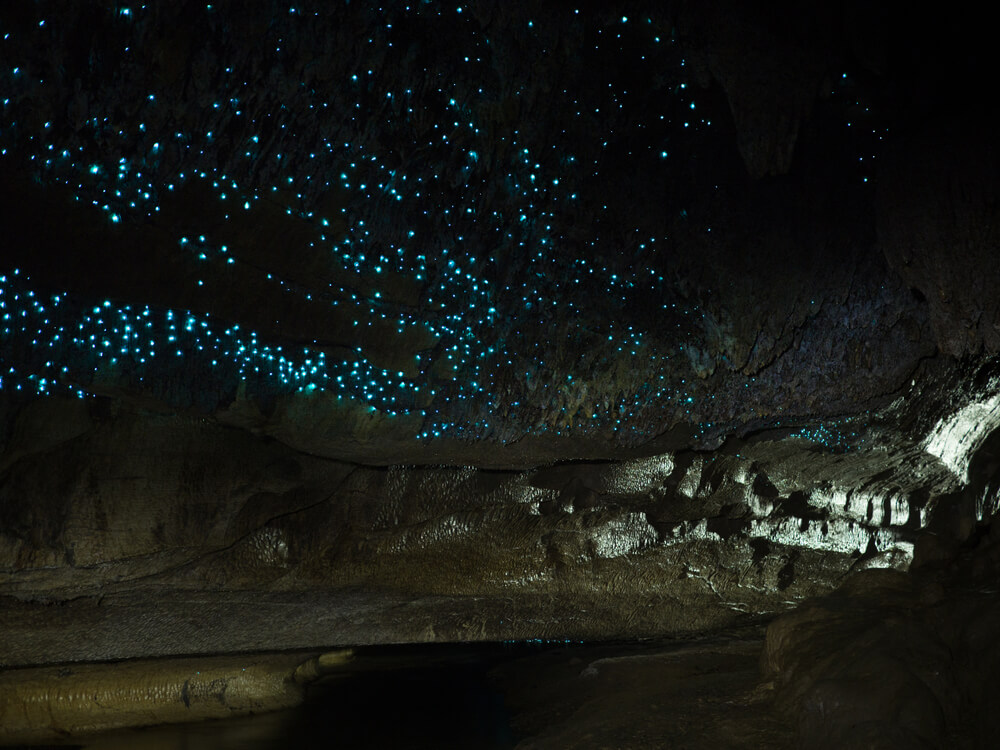 Firefly Cave is one of the most famous sites in New Zealand. Its main feature is the thousands of mushroom mosquitoes covering the vaults of the cave, looking at which it seems that you are looking at the starry sky. 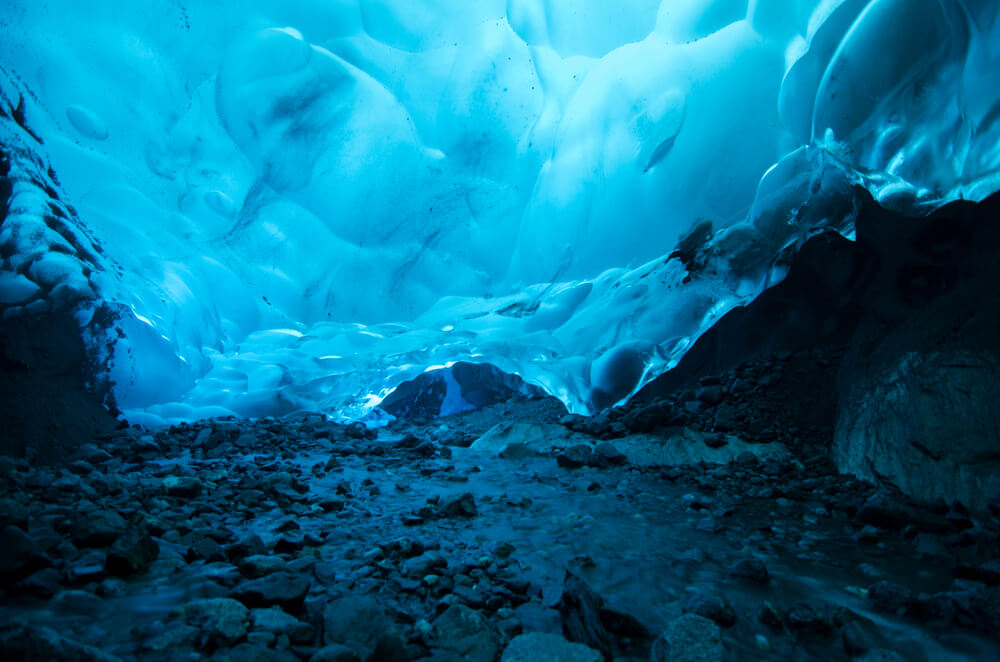 Mendenhall Glacier in Alaska is famous for its huge ice caves.

Few people know about this cave, but nevertheless it impresses with its size and the fact that a Buddhist temple is located in it. 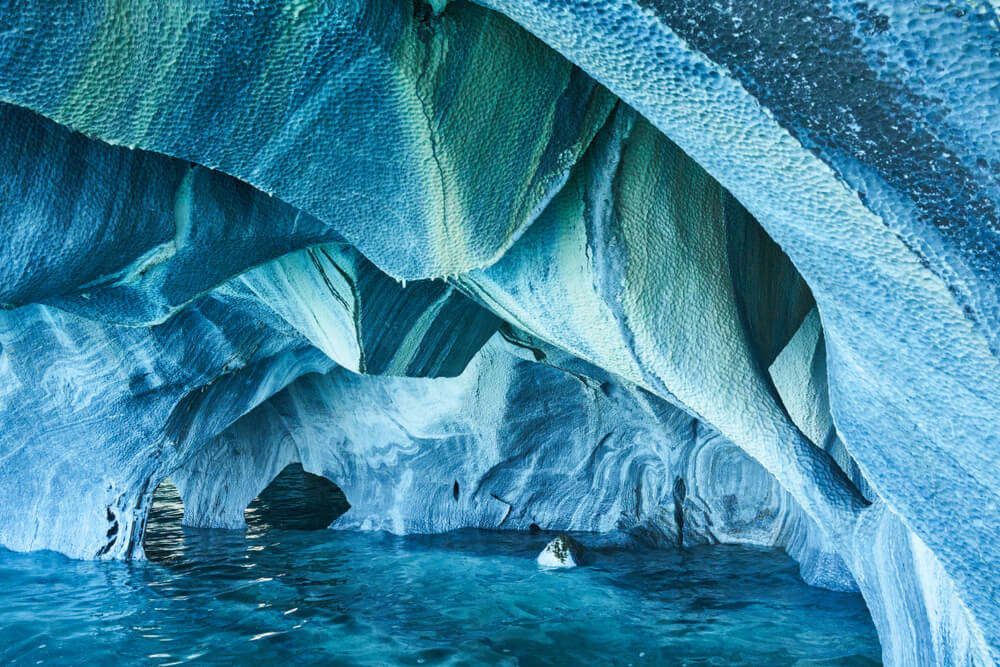 The Marble Caves or Marble Cathedral are the main attraction of the Lago General Carrera in Chile.

Another name for these interesting caves is Las Cavernas de Marmol. This unusual place is one of the most visited in Patagonia. The labyrinth of beautiful caves is located in an alpine lake on a peninsula of limestone. 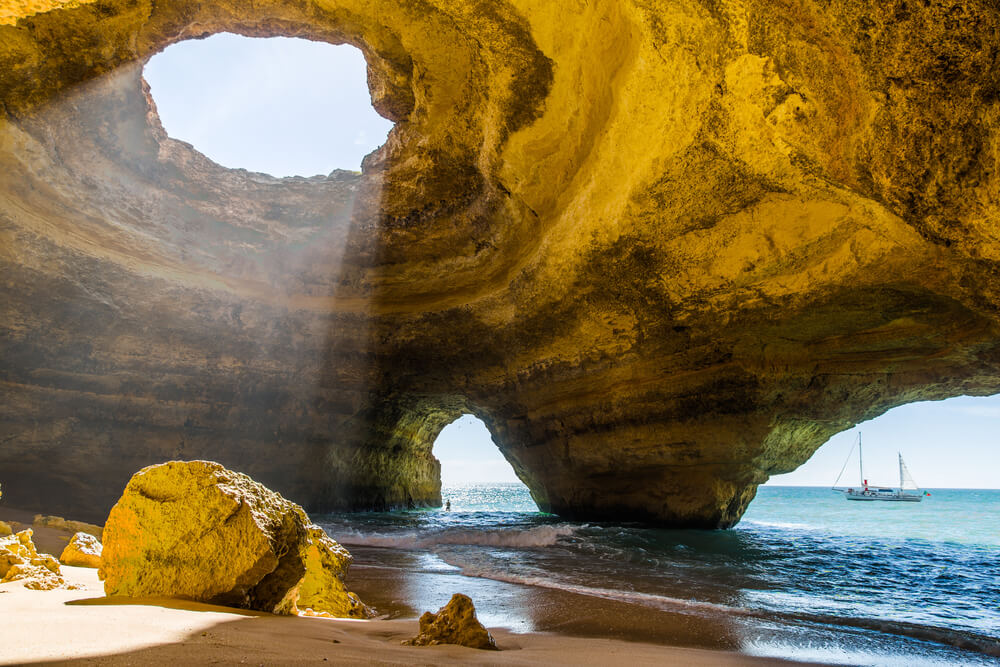 In the town of Algarve, Portugal is an unusual beauty beach. Its labyrinths from caves decorate.

The researchers accidentally stumbled upon a cave so huge that inside it there is its own weather system - thin clouds and eternal fogs. The hidden cave system is called Er Van Dong. 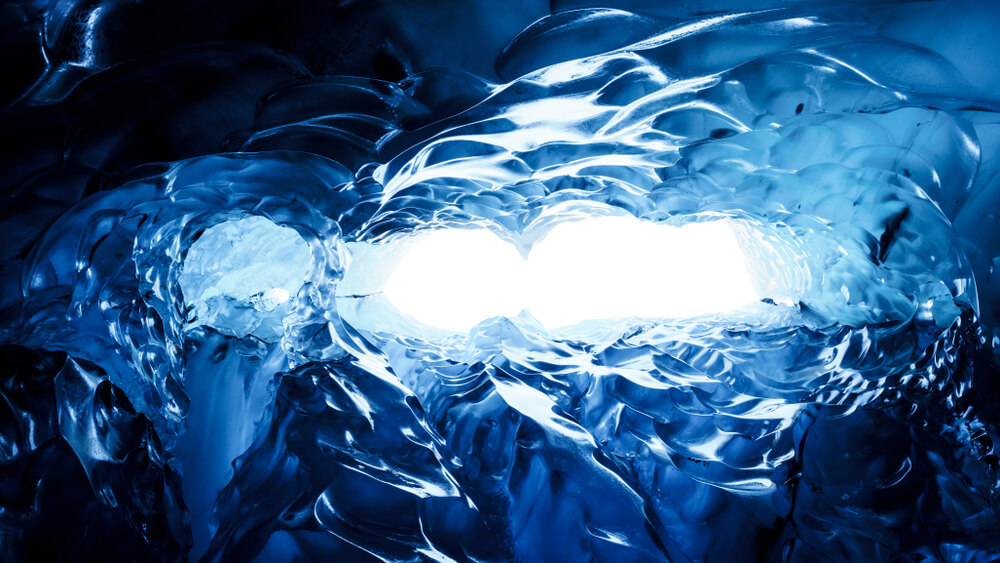 Vatnaekull is the largest glacier in Europe. Its area is 8300 sq. km. The average ice thickness is 500 meters. In the southern part of the Vatnaekull glacier, there are beautiful ice caves.

The cave is 179 meters deep and at the same time an attraction. Everyone can go down to this cave under the guidance of experienced instructors.

Phraya Nakhon Cave is located in the southern part of the Thailand Peninsula, in Khao Sam Roi Yot National Park. In fact, this is not a cave, but a huge valley that is 65 meters deep and 50 meters wide, with overhanging walls covered with plants and stalactites. Inside the valley is a pavilion built for the visit of King Rama V. in 1896. He stopped here on the way to his summer palace in Bangkok.

In the Far East of Russia, in the area of ​​Muntovsky, Kamchatka, there is an amazing ice cave. Hot lava flows, ice, geysers and sunlight created a fabulously beautiful cave. 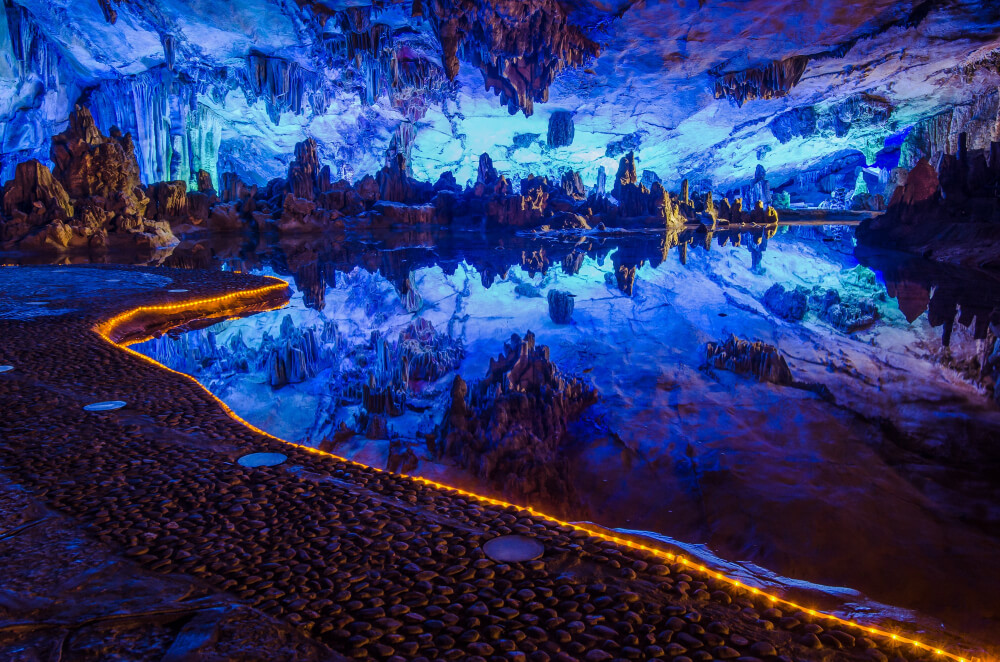 The fantastically scenic Reed Flute Cave is the largest and most beautiful of the karst caves of Guilin, China. Thanks to the unique illumination and reflection in the underground lake, an impression of the unreality of what is happening is created.

Xnumx best places to stay with kids in san francisco