Home Our people Revolutionary ideas and rich culture: how Russians settled in the USA

While some Russian immigrants frightened US residents with revolutionary ideas, others amazed them with their rich Russian culture. Russian immigrants have been a feature of the United States since the first days of the country's existence. In the first American census, conducted in 1790, their number exceeded 10. How the Russians ended up in the USA and why there were so many of them, the newspaper said Russia Beyond. 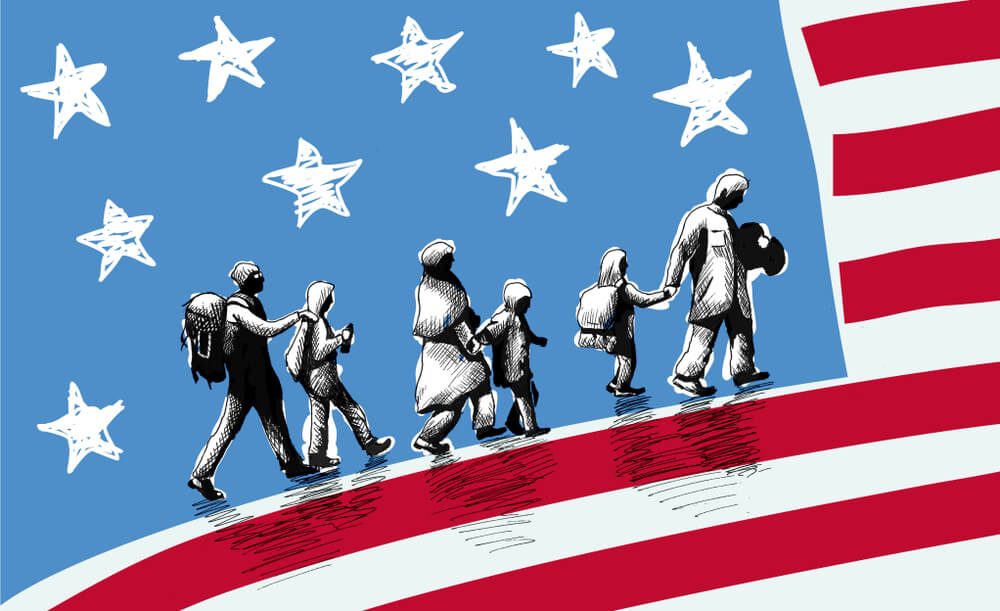 Any social or political upheaval in the Russian Empire caused massive emigration abroad. People left for the United States in search of freedom or a better life: Poles after the suppressed Polish uprisings, Jews, Armenians and, of course, Russians: peasants, intellectuals and numerous persecuted followers of religious sects.

Although over half a century - from 1820 to 1870 - only about 7 Russians arrived in the United States, in subsequent years their number increased sharply. The 550 census identified 1920 US citizens with Russian roots.

When Russia plunged into a period of political strife and terror in the second half of the XNUMXth century, the number of political migrants to the United States increased significantly. Full of revolutionary ideas, Russian political immigrants, together with their like-minded people from Germany and Italy, played a huge role in the spread of radical, anarchist and leftist ideas in the United States. One of the main American anarchist ideologues of the time - Emma Goldman and Alexander Berkman - came from Lithuania, which was then part of the Russian Empire.

The defeat of the 1905 revolution in Russia gave an additional impetus to the migration of revolutionary leaders to the United States. In 1908, one of the largest and most influential political associations of Russian immigrants, the Union of Russian Workers, emerged in New York, actively promoting anarchist ideas.

By the late 1910s, the radical movement in the United States, in which the Russians played a significant role, was so strong that the country was gripped by the so-called red panic - fears that an uprising like the Bolshevik revolution of 1917 could occur in the United States too.

On the subject: Soviet retro and American Moscow: the most 'Russian' places in the USA

As a result, the government initiated mass arrests of "anarcho-communists" throughout the country. These so-called Palmer raids in 1919 and 1920 were led by Attorney General Mitchell Palmer and his assistant, future first FBI director Edgar Hoover.

As one of the Russian immigrants to the United States, the writer Ivan Okuntsov, noted in his book “Russian Immigrants in the Americas”: “The life of Russians after the Palmer raids has become unbearably difficult. They aroused suspicion in everyone, no matter what political views they supported. For no reason, Russians were fired from factories and factories. "

Thousands were deported. On December 21, 1919, the passenger ship USAT Buford with 249 radicals detained in the United States on board left New York harbor and headed to Soviet Russia as a "Christmas present to Lenin and Trotsky." Goldman and Berkman were among the passengers of this “Soviet ark,” as the press called it.

However, Russian immigration to the United States in the first half of the twentieth century consisted not only of revolutionaries. Many artists, poets, writers and scientists were forced to leave Russia after the 1917 revolution and settle in North America. These émigrés fundamentally changed the low opinion of Americans about Russians.

The 1920s became a bright period for Russian culture in the United States. Outstanding Russian cultural figures who chose the United States as their new homeland (for example, the famous composer Sergei Rachmaninov and the artist Nikolai Roerich) have organized successful ballet, opera and theatrical performances, and art exhibitions.

In addition to culture, Russians have made significant contributions to the scientific life of the States. Such leading scientists as the pioneer of aviation Igor Sikorsky and the developer of television technology Vladimir Zvorykin lived and worked in the country. They also helped American society to forget about the Russophobia of earlier years, at least before the start of the Cold War.