Home Page At home Putin has had close contact with COVID-19 patient and hopes Sputnik will be effective: WHO does not share his hopes

Russian President Vladimir Putin said that in his entourage, dozens of people with whom he communicated fell ill with COVID-19. And he himself now hopes for the effectiveness of the Russian Sputnik V vaccine, which raises more and more questions. Writes about it with the BBC. 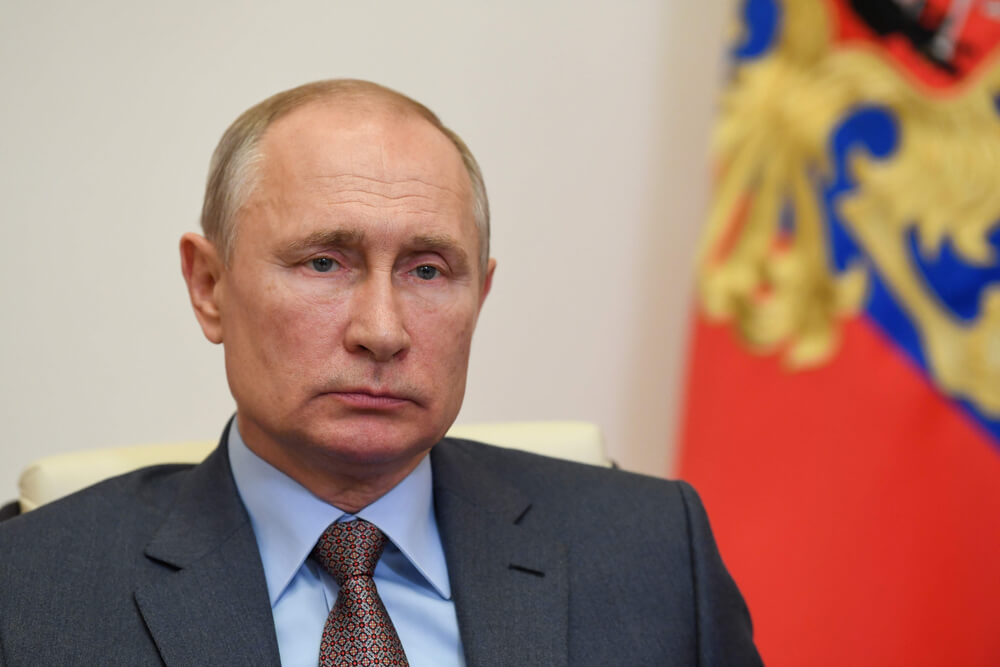 Earlier, he went into self-isolation and was unable to travel to Dushanbe for the summit of the Shanghai Cooperation Organization (SCO) and the Collective Security Treaty Organization (CSTO).

“This is due to the fact that cases of the disease have been identified in the immediate environment. This is not one, not two, but several dozen people, ”Vladimir Putin said via video link.

Later, he said that during the day he communicated with a sick person with whom he was working "in close proximity."

“He was vaccinated, his titers dropped, but he revaccinated, apparently too late. And, in my opinion, three days after the revaccination I fell ill. I spoke with him very closely the day before, the Russian president complained. "This is a natural experiment - let's see how Sputnik V actually works in practice."

The President of the Russian Federation said that he had "high titers after vaccination."

On the subject: The finest hour of the descendant of immigrants: how the grandson of immigrants from Russia became the main expert on vaccination in the USA

Vladimir Putin, according to the official version, was vaccinated with the Russian vaccine.

Putin's spokesman Dmitry Peskov argued that "there are no changes" in the plans of the Russian president through the coronavirus, although he decided not to go to Dushanbe.

He did not specify who exactly fell ill with the president's entourage, and could not answer the question of how Putin would vote in the elections to the Russian State Duma, taking into account self-isolation.

Recently, the Russian president attended a farewell ceremony in Moscow for the deceased head of the Emergencies Ministry Yevgeny Zinichev, and on the weekend he met with the Olympians and traveled to the Pskov region to unveil the Alexander Nevsky and Wife memorial on the shores of Lake Peipsi.

On Monday evening, after a meeting with the Paralympians, Putin, together with Defense Minister Sergei Shoigu, flew by helicopter to the Mulino tank range, where part of the Russian-Belarusian exercises Zapad-2021 is taking place.

In addition, the Kremlin announced that the day before, the Russian president had managed to meet with Syrian President Bashar al-Assad, who made an unannounced visit to Moscow.

During the pandemic, Putin reduced the number of travel and personal meetings as much as possible and spent a significant part of them online.

Then he began attending events again, but their participants had to be in quarantine for two weeks before meeting with the president.

Problems with the Russian vaccine

The World Health Organization (WHO) has suspended the approval process for a Russian coronavirus vaccine pending a new inspection of at least one Russian vaccine factory, writes The Moscow Times.

Speaking at a press briefing by the Pan American Health Organization, WHO regional office, Deputy Director Yarbas Barbosa said Russia's application for an emergency use permit had been suspended after a number of manufacturing violations were discovered during a WHO inspection in Russia in May.

"The Sputnik V Emergency Listing (EUL) process has been put on hold because an inspection of one of the vaccine plants found the plant was not in line with good manufacturing practices," Barbosa explained.

WHO previously reported that it had found several violations and expressed concern about “taking adequate measures to reduce the risk of cross-contamination” at the Pharmstandard plant in the Russian city of Ufa.

After the publication of the results of the WHO, the company said that it had already resolved all concerns, moreover, inspectors did not question the safety or effectiveness of the vaccine. But independent scientists and industry officials said manufacturing irregularities could jeopardize the quality of the vaccine.

WHO said it was still awaiting updated information from Pharmstandard and suggested that new inspections of facilities would be required before the authority would issue approval for the Russian vaccine.

“The manufacturer must take note of this, make the necessary changes and be prepared for new inspections. WHO expects the manufacturer to send news that their plant meets the requirements, ”said Barbosa.

Russia filed applications for approval with both WHO and the European Medicines Agency (EMA) in February after the publication of a study in the leading medical journal The Lancet that found the vaccine to be 91,6% effective.

But the application faced many problems and delays.

Both EMA and WHO said they are still awaiting a "complete dataset" from the Sputnik V developers. EMA declined to say what kind of information was missing. The head of the organization's vaccination strategy, Marco Cavaleri, said the timing of final approval was "uncertain" due to delays.

Getting approval from any of the organizations would be a big win for Russia, which has launched an aggressive vaccine prevention campaign and sold millions of doses to dozens of countries. It would also pave the way for eventual mutual recognition of vaccines, making post-pandemic travel easier for Russians vaccinated with Sputnik V.

Flu vaccine during the COVID-19 pandemic: do or not