Home Incidents Brain-eating amoeba: where infection is most common and who is at risk

Brain-eating amoeba: where infection is most common and who is at risk

Just this week, two children died as a result of infection with Naegleria fowleri, a microscopic organism better known as the "brain-eating amoeba." The parasite, which is mostly found in warm fresh water and soil, can cause devastating and fatal infection in almost all cases. Where are they most common and who is at risk, the publication said. WFLA. 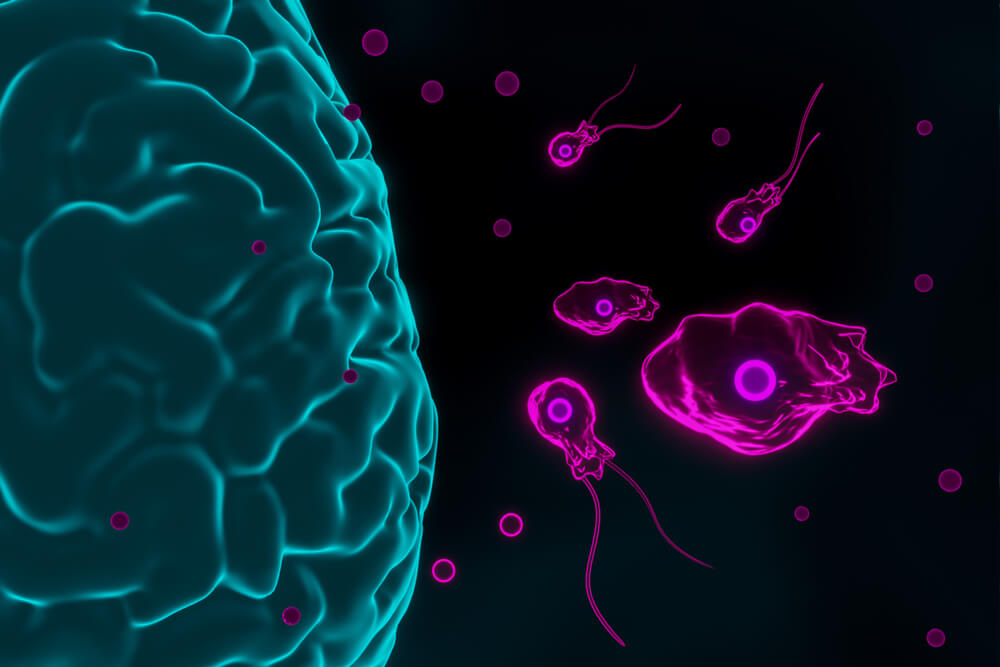 “N. fowleri infection usually occurs after the bacteria enters the nasal cavity and penetrates the epithelial lining into the brain, where it begins to destroy tissue in the frontal lobe,” explains Dr. Dennis Kyle, professor of infectious diseases and cell biology.

This brain infection, known as primary amoebic meningoencephalitis (PAM), can lead to symptoms such as fever, headaches, neck stiffness, seizures, and hallucinations. These symptoms usually appear within five to nine days after infection. Death usually occurs within the next five days, according to the Centers for Disease Control and Prevention (CDC).

Unfortunately, most cases of N. fowleri infection occur in children. But probably for the simple reason that they are more active in water.

“The bacterium is very common in nature, in soil or warm fresh water around the world. Or in places where the water is warm for other reasons, such as thermal hot springs or pool water that is not properly chlorinated, ”says Kyle.

On the subject: Displaced North: Brain-Eating Amoeba Expands Its Range

“The time of year when we usually hear about these cases is summer,” he adds. - When people are engaged in active recreation in the water or on the lakes in the summer.

The CDC currently classifies N. fowleri infections as rare, with only 2010 cases reported in the United States between 2019 and 34. Of these, the vast majority (30) were infected during water activities, while others were infected using contaminated tap water for nasal irrigation.

But despite the relatively small number of cases, Kyle says researchers - and especially the families of those who died from the brain-eating amoeba - generally dislike the term "rare."

"This is what every warm water lake in the south has," says Kyle, adding that science doesn't quite understand why more people aren't getting infected. He also notes that amoebas can be sheltered in any warm fresh water.

“You might think that a warmer climate could potentially affect the spread of infections,” he adds. "Warmer water means more people will be infected."

N. fowleri infection may not even be that "rare" as doctors believe it is not reported or misdiagnosed in many parts of the world. In Pakistan, for example, Kyle says there were no reported cases for years until a doctor returning from research in the UK was able to diagnose “dozens” of cases that, if not for increased awareness, would have been misdiagnosed.

“It is sometimes mistaken for viral or bacterial meningitis,” Kyle explains. “Only when doctors raise awareness will they understand what it is. In many cases, the diagnosis was made very late. Sometimes posthumously. "

Kyle also believes that early diagnosis may affect the outcome of the infection, citing a Florida doctor who was able to identify the boy's early stages of infection and place him in a medical coma to prevent cerebral edema during treatment.

However, the chances of survival with current treatments are slim. Kyle, who is also director of the renowned Center for Tropical and Emerging Global Diseases at the University of Georgia, has only four documented survivors in the US and possibly seven worldwide.

Current treatments usually involve a combination of drugs, usually using antifungal agents and antibiotics, including amphotericin b, miltefosine, fluconazole, and azithromycin. But, according to Kyle, "none of them work very well on their own."

“I think we need better drugs than we have to really make a difference,” he says.

In the absence of such treatment, taking proper precautions is the best defense against N. fowleri infection. The CDC suggests limiting the amount of water entering the nose. Kyle adds that it is best to avoid bodies of water with warm fresh water (surface temperatures of 75 degrees Fahrenheit (23,8 C) for extended periods of time) and especially avoid jumping or diving in such waters. He also recommends using nasal plugs, keeping your head above the surface, and properly cleaning and chlorinating pools and spas.

Kyle is also an ardent proponent of amoeba awareness as people don't think about it often on hot summer days.

“If we had more awareness, better support, more people working on it - then we could offer better diagnostics and better treatment within a reasonable time frame and avoid death,” he says.