Home In the U.S. They stopped checking and recalling products: during the pandemic, Americans risk food poisoning

They stopped checking and recalling products: during the pandemic, Americans risk food poisoning

Investigations of foodborne diseases have slowed, and food recalls have fallen to their lowest level in recent years due to failures in the multilayer food safety system in America caused by the coronavirus pandemic, writes USA Today. 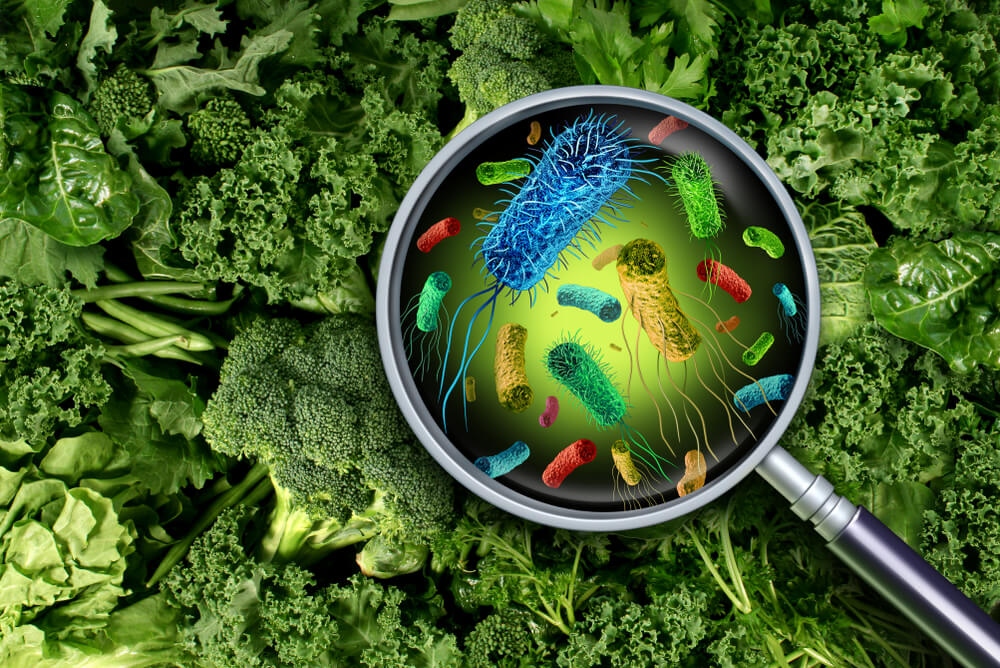 The pandemic has hit the system at all levels, from federal agencies tasked with stopping the spread of contaminated food from factories and farms to state health departments that screen people for foodborne pathogens such as E. coli.

Experts say there is so far no evidence that widespread problems have arisen as a result of this suspension, but food safety advocates say that Americans are now at greater risk.

“We have so many different security measures and COVID is knocking them out one by one,” says Sara Sorsher, deputy director of regulatory affairs at the Center for Science in the Public Interest.

In March, the Food and Drug Administration announced that it would postpone inspections of national food factories, canning factories and poultry factories, which require the in-person presence of employees. As a result, in April, the number of FDA inspections fell from 900 to 8 per month. Along with that, the FDA warnings that are issued under unsafe conditions have dropped from hundreds a month to nearly zero in April.

The number of product reviews has also fallen sharply. Typically, companies issue product recall announcements and report them to the FDA. FDA weekly reports show that reviews dropped from 173 in February to 105 in March and 70 in April.

The USDA also monitors food recalls. Their number fell from an average level (over 10 per month) to an unprecedented zero in March and only 2 in April. Between January and April, the Department recorded just 7 food reviews - the lowest in that period in at least a decade.

A spokeswoman for the US Department of Agriculture said the agency is “continuing to comply with all inspection obligations” and has further pushed the food industry to “responsibility” in providing safe food.

The agency "is actively engaging with industry to improve manufacturing practices and reduce recall, and we are seeing the results of these efforts," the spokesperson said.

Meanwhile, some state health departments are so busy with COVID-19 that they are struggling to cope with the typical workload associated with foodborne illnesses, which in any case can be reduced statistically, as less and less Americans seek treatment for stomach ailments, preferring to stay home. rather than go to the doctor.

State health agencies usually work with local doctors and hospitals to collect information, which is then uploaded to the nationwide PulseNet database, maintained by the Centers for Disease Control and Prevention.

PulseNet's activity began to plummet in April, said Dr. Robert Tauks, director of the CDC Food Disease Division. A 50% reduction in the number of E. coli samples entering the system and a 25% decrease in the number of Salmonella cases were noted compared with the 5-year average. Despite this, according to Tauks, the changes "did not interfere with our ability to detect and investigate outbreaks of foodborne illness."

However, the number of completed federal investigations of foodborne disease outbreaks has also declined in both the CDC and the FDA.

Until May 7, the CDC managed to eliminate two outbreaks: an outbreak associated with fungi, which led to poisoning of three dozen people and the death of 4 people in the United States, and an outbreak associated with clover sprouts, which poisoned 51 people, mainly in Utah. By the same time, last year there were reviews of products on five different outbreaks, which affected more than 300 people. This pace was in line with the average annual CDC in 2011.

On the subject: 1,4 million will die: the number of tuberculosis diseases will increase due to coronavirus

“You haven't eliminated pests from a food plant to protect against food contamination,” says one report.

“You have not taken adequate measures to protect against the ingestion of metal or foreign materials,” reads another.

But on March 18, the agency announced that it would “postpone” almost all such checks.

But Martin Widmann, a professor of food safety at Cornell University, said that food companies themselves have been and remain the main food safety testers, and that any level of inspection should be suspended to reduce the risk of inspector infection.

The FDA has changed other restriction systems as well. Over the past two months, the agency has loosened egg safety rules by requiring additive manufacturers to report “side effects” and forcing food companies to check food safety practices with ingredient suppliers.

Sorsher noted that companies continue to be legally responsible for addressing food safety risks internally. But she said she was worried about what would happen if COVID-19 also affected private inspectors and staff.

"What if the food safety professional gets sick?" - suggested Sorsher. "When that last support drops and that security man can't do the job, we might have an outbreak and we might not even know about it."

In April, more than 1000 inspectors were laid off after getting sick with COVID-19 or suspended because they had a high risk of medical complications caused by the disease.

The U.S. Department of Agriculture says it has enough inspectors to cover all facilities that require monitoring. In April, the department abandoned 15 poultry farms, which, according to the Federal Register, means that they must maintain at least one line on average above the standard production rate. Failures mean that fewer USDA inspectors physically inspect the bird.

Supporters argue that companies still need to conduct other safety checks, such as taking microbial swabs from carcasses to look for contaminants such as salmonella. But the strain on meat packing inspections can undermine security.

Another weak link in the food safety chain is doctors, patients and health departments. Typically, an outbreak investigation begins at the local level when a sick patient visits a doctor and is tested. These samples are then sent to commercial and public health laboratories and then uploaded to the PulseNet database.

But hospitals and health departments are understandably focused on COVID-19, says William Marler, a Seattle-based Marler Clark lawyer who specializes in food safety.

"If a child has E. coli acute kidney disease, usually there should be a healthcare professional to talk to him to find out the common denominator of the disease," Marler said. - Are they able to do it now? Probably not. "

In early May, representatives from the CDC reported that several state health departments reported problems with testing samples taken for analysis and asked for federal support. One state that was not named asked for additional help in conversations with patients to determine what they ate.

Many experts believe that the decline in statistics may be due to the fact that Americans prefer to stay at home rather than seek treatment during a pandemic. Changes in the risk factors for foodborne diseases are also possible: now people eat less often in restaurants, and more often at home. But, according to experts, there will be no exact answers about the impact of coronavirus on food safety until the pandemic subsides.

Astronauts, hermits and sailors - how to survive self-isolation

Active up to 3 months: scientists have developed a unique disinfectant