Home Incidents About 1100 lightning strikes the ground in California in one night: they caused wildfires

About 1100 lightning strikes the ground in California in one night: they caused wildfires

On the night of September 9-10, a wave of powerful thunderstorms swept across California. The night sky exploded with 1100 lightning bolts that sparked new wildfires across the state. CNN. 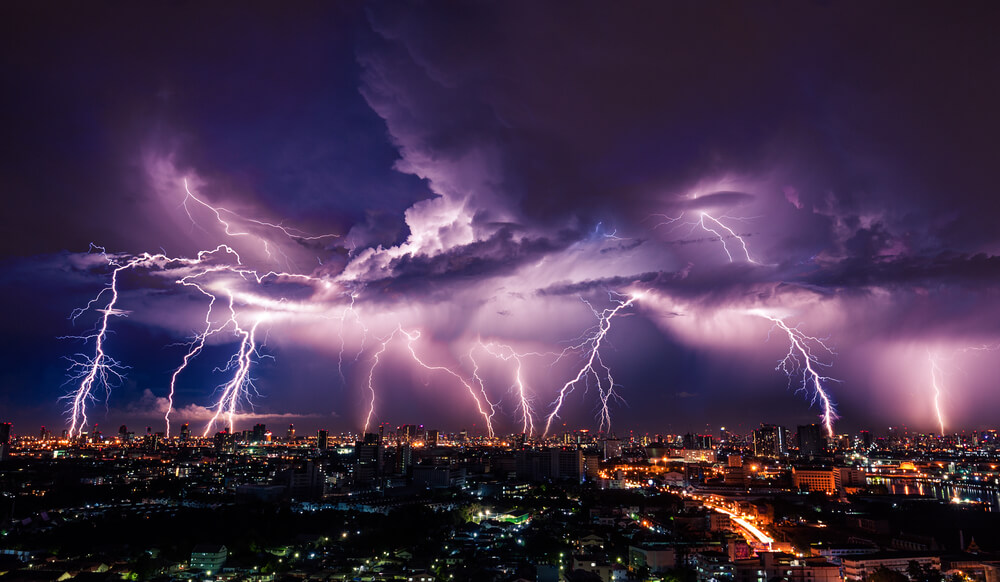 In the bay area alone, about 110 confirmed lightning strikes have been counted.

The Meteorological Service said there were too many cloud-to-cloud flares to count.

The lightning strikes were detected by sensors on the NOAA satellite and could be seen throughout the state.

On the subject: In New York, "caught" a lightning strike in the Empire State Building. Video

While many of these storms brought some useful rainfall to a drought-stricken region such as San Francisco, many were "dry thunderstorms."

A dry thunderstorm occurs when the air that is exposed to rain is so dry that the rain evaporates before it hits the ground.

“For most outside the western states, lightning means heavy rain. While some storms do bring rain, many are considered dry storms that do not produce enough rainfall to extinguish a fire, ”explains meteorologist Chad Myers.

Unfortunately, this was the case this time too.

In the Sacramento area, “we saw most of the activity around Sacramento Valley and parts of the mountains, including the Caldor Fire,” said meteorologist Idamis Del Valle.

Firefighters had to take their minds off the Caldor Fire to extinguish numerous fires late September 9th throughout Eldorado County, the California Fire Department tweeted.

This is all due to the drought caused by climate change.

“The drought is part of a vicious circle that is intensifying,” said meteorologist Brandon Miller. - During a severe drought, as it is now in California, there is much less water and moisture in the ground and, therefore, in the atmosphere due to the lack of evaporation. This makes dry thunderstorms much more likely in dry years. "

Lightning dies down and wind picks up

And although thunderstorm activity has decreased, the fires that caused the lightning have not disappeared. As soon as the storms died down, the wind picked up.

Windy conditions are expected for the two largest fires in California, the Dixie Fire and the Caldor Fire.

Winds will increase and persist, according to the Fire Department, "with gusts of up to 60 miles (96 km) per hour on summits and 40 miles (64 km) per hour in valleys, resulting in more active fire behavior and greater potential for fire spreading." ...

Peak season of toxic algae in the USA: what you need to know about this deadly threat, and how to protect yourself