Tesla's lending shares have risen more than 520% ​​since the beginning of the year - this year Elon Musk started at 35th place in the ranking of the richest people in the world. By November, he took off for second, writes Market Watch. 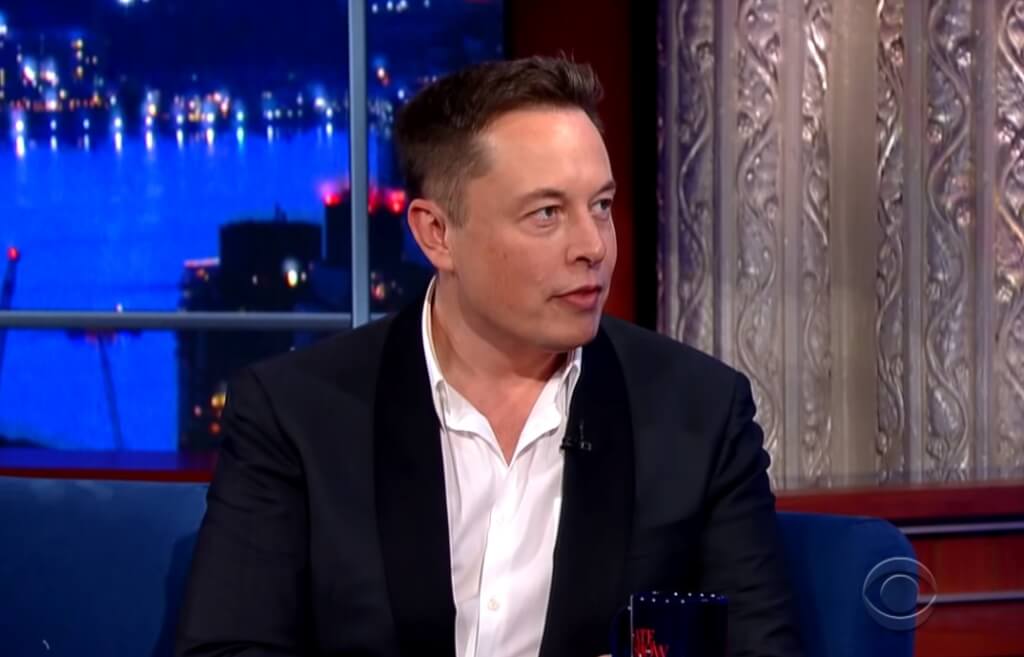 Elon Musk has increased his net worth by more than $ 100 billion this year and surpassed Bill Gates as the second richest person in the world.

This data was provided by the Bloomberg Billionaire Index, which on Monday, November 23, first put the CEO of Tesla Inc. with a fortune of $ 127,9 billion above Gates with his $ 127,7 billion.

Musk has benefited from massive gains in Tesla stock, which are up more than 520% ​​since the beginning of the year. On Monday, Nov.23 alone, the company's shares jumped more than 6% to a record $ 521,85, ending the day with a market capitalization of about $ 464 billion.This is tantamount to a $ 7,2 billion increase in Musk's equity in one day.

CEO Amazon.com Inc. Jeff Bezos is the richest man in the world, with a fortune of $ 182 billion according to Bloomberg, and has grown by more than $ 67 billion this year.

Bloomberg noted that Bill Gates, co-founder of Microsoft Corp., would probably have ranked higher had he not donated more than $ 2006 billion of his fortune to the Gates Foundation since 27.

Throughout the history of the Bloomberg Billionaires Index, Gates has almost always ranked first. He dropped to third place in the ranking in July 2019 (at that time $ 110 billion), giving way to Bezos (at that time $ 109 billion) and the head of the French LVMH corporation - Louis Vuitton Moet Hennessy Bernard Arnault with his $ 103 billion.

As recalled Forbes, Gates' fortune came from the technology company Microsoft, which he co-founded with Paul Allen in 1975 (Allen passed away in October 2018). Gates made sure to diversify his portfolio: in 2019, Microsoft stock accounted for less than 12,5% ​​of his fortune. Gates owns most of the assets through his investment company Cascade Investments. Including a share in the holding company Berkshire Hathaway, founded by his friend Warren Buffett.

The rise in the prices of Microsoft shares and other assets from the investment portfolio of Gates allowed his fortune to exceed $ 100 billion by April 16, 2019.

In 2010, Gates and Buffett launched the philanthropic initiative The Giving Pledge and called on the world's wealthiest people to donate at least 50% of their fortune to charity during life or after death. To date, about 200 people have joined the movement. Including Elon Musk and Airbnb co-founder Brian Chesky.

Gates has already donated more than $ 35 billion to charity. Most of his donations have gone to the Bill and Melinda Gates Foundation, which he runs with his wife, Melinda. The activities of the family foundation are mainly aimed at developing health care. In particular, the foundation is known for its campaign to fight the polio virus, which is being carried out in cooperation with the international organization Rotary International.

This is not the first time that Gates has a 12-digit fortune. In April 1999, at the height of the dot-com bubble, his fortune briefly surpassed the $ 100 billion mark.Considering inflation, it would now be $ 150 billion.

Seattle-born Bill Gates was developed beyond his years from childhood and spent so much time reading that his parents had to forbid him to sit at the dinner table with books. As a student, Gates skipped school with his friend Paul Allen to program. They were doing this at a power plant in North Bonneville, Washington.

Gates later dropped out of Harvard and co-founded Microsoft with Allen in a garage in Albuquerque, New Mexico. By the late 1980s, Microsoft had become the largest software company in the world.

The transport of the future from Musk brought to life: the first passengers rode on the Hyperloop