Home In the U.S. NYT: Trump proposed shooting at the feet of illegal immigrants and digging a moat with alligators at the border

NYT: Trump proposed shooting at the feet of illegal immigrants and digging a moat with alligators at the border

Excerpts from the book of journalists Michael Shear and Julie Hirschfeld Davis, published by the New York Times on 1 in October, describe a hectic week inside the Trump administration in March this year when the president ordered staff to close the US border with Mexico. 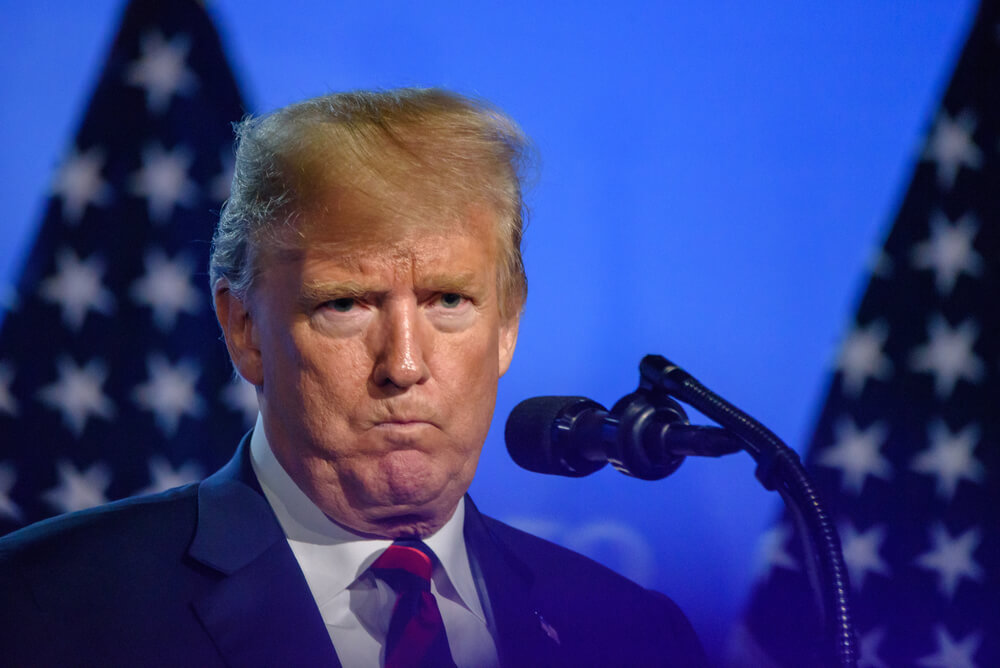 According to reports New York TimesPresident Donald Trump privately spoke of “reinforcing the border wall with a moat filled with snakes or alligators, prompting assistants to look for cost estimates. He wanted the wall to be electrified, with spikes at the top that could pierce human flesh, ”the book quotes the passage.

He stepped back after assistants told Trump that his public offer to shoot migrants if they throw stones at soldiers was illegal. But later, the president proposed "shooting at the feet of migrants to slow them down."

“This is also not allowed,” the (staff) told him, “the passage says.

An article published on Tuesday was adapted from the book Border Wars: Inside Trump's Assault on Immigration, which will be published in full 8 on October.

The article is based on an interview with more than a dozen White House administration officials who were granted anonymity. They all described a “frenzied week of presidential rage,” which included “around-the-clock staff panic and much more unrest in the White House than at any other time,” according to The Times.

On the subject: US authorities begin to deport migrants back to Mexico

Accompanying his words with profanity, Trump shouted: “You make me an idiot!” I won the election with this promise. It is my problem". All this happened during the meeting, which was attended by White House Assistant Stephen Miller, former Head of the Department of Homeland Security Kirsten Nielsen, Secretary of State Mike Pompeo, then Head of Customs and Border Guard Kevin Makalinan, Acting Head of the White House Office Mick Mulvaney, and Advisor and son-in-law of President Jared Kushner.

The comments appeared at about the same time that the president publicly threatened to close the border, saying that he would do so if "Mexico does not deal with this." Trump later moved away from this threat.

“The president was disappointed, and I think he took this moment to press the reset button,” said Thomas Homan, who served as director of immigration and customs control, to the publication. “The president wanted it fixed quickly.”

An excerpt from the book includes details: for example, Trump “scolded” Nielsen for “ineffective and, worse, at least in his mind, not tough” measures in relation to migrants.

During a briefing on the need for a new legal right to destroy drones, Trump reportedly said Nielsen: “You have not heard me for the first time, dear. Kill them. Honey, just shoot them from the sky, okay? ”

On the subject: Supreme court tightens asylum rules for US immigrants

"The happiest [Trump] was a few months earlier when US border guards fired tear gas toward Mexico to try to stop migrants from entering the United States," Times writes.

Democrats hastened to express their indignation after the published excerpt.

Rep. Alexandria-Ocacio Cortes said that “cruelty has always been the main theme” of the president. Rep. Eric Swwell wrote on Twitter that Trump’s actions usually fall into “one of three options: cruel, childish, or corrupt.”

US authorities begin to deport migrants back to Mexico

The merit of the Trump administration: the number of illegal immigrants on the US border is reduced