Home In the U.S. The United States withdraws from the Open Skies Treaty because of Russia: what does it mean and how it threatens

The United States withdraws from the Open Skies Treaty because of Russia: what does it mean and how it threatens

The United States decided to withdraw from the Open Skies Treaty, accusing Russia of repeated violations of its terms, said the head of the State Department, Mike Pompeo, writes Air force. 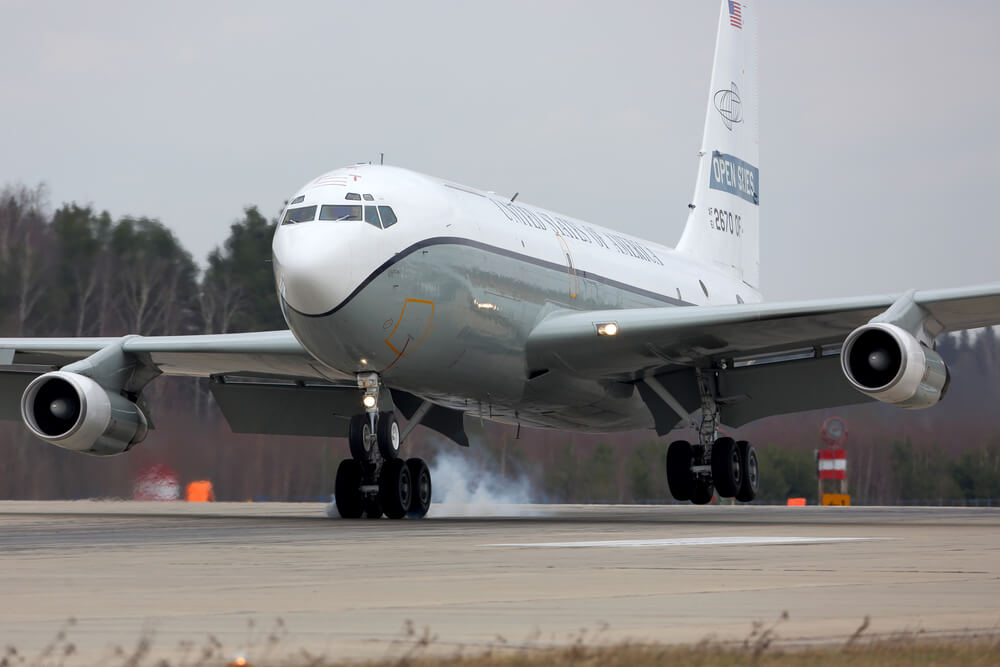 The agreement, which unites 35 states, allows for the conduct of sightseeing flights to non-weapon aircraft over the territories of the participating countries.

In his statement, published on the website of the US Department of State, Pompeo lists many examples of Russian violations of the terms of the contract. In particular, he claims that the Russian army used overflights over the United States to aim its precision-guided weapons at strategically important American and European targets.

“Instead of using the Open Skies Treaty as a mechanism to build confidence and confidence while maintaining openness in military matters, Russia thus turned the agreement into an instrument of intimidation and threats, made it an extension of its weapons,” Pompeo said in a statement.

What else are the USA dissatisfied with

In addition, the US Secretary of State put forward other claims.

Among them is Russia's refusal to allow observation flights in a 10-kilometer corridor along the border of the self-proclaimed Abkhazia and South Ossetia. According to Pompeo, in this way Moscow is "trying to promote its false claims that these [Russian] occupied territories are independent states."

As well as the allocation of places for refueling aircraft flying within the framework of the contract, at airfields that are located in the Crimea. This peninsula of the United States and the vast majority of countries around the world consider the territory of Ukraine.

“This is also an attempt to advance their claims about the alleged annexation of the peninsula, with which the United States does not agree and will never agree,” the statement said.

The establishment of restrictions on flights over Kaliningrad, a Russian enclave located between the countries of the European Union, is another of the complaints expressed. According to Pompeo, a significant amount of Russian weapons are concentrated in the area, including short-range nuclear missiles aimed at NATO.

The head of the Department of State clarifies that on Friday, May 22, the United States will give all parties an official notice of withdrawal from the contract and after six months will no longer be bound by its terms.

“At the same time, we can reconsider our decision to withdraw in the event that Russia returns to full compliance with the treaty,” Pompeo said.

On the subject: NASA is preparing a contract for the extraction of resources on the moon, but without the participation of Russia

The Russian Foreign Ministry said that if the United States really withdraws from the treaty, this will be an unfortunate step.

“Unfortunately, this fits into the general line of the current administration to undermine all agreements in the field of arms control. This agreement is key from the point of view of ensuring predictability and mutual trust in Europe and on a wider scale, ”the high-ranking diplomat said in an interview with RIA Novosti.

The Russian Foreign Ministry insists that the Russian Federation has never violated the terms of this agreement, and emphasizes: Moscow regrets such a move on the part of Washington.

German Foreign Minister Heiko Maas called on the US to reconsider its decision to withdraw from the treaty and said that official Berlin, like other EU countries, would continue to comply with it.

“I deeply regret this statement,” Mass said. “Together with our partners, we will persuade the US to reconsider its decision.”

Maas added that Germany, along with France, Poland and Great Britain, had repeatedly told Washington that problems in relations with Russia were "not worth" withdrawing from the treaty.

According to France-Presse sources, NATO ambassadors will hold an emergency meeting on Friday to discuss the US decision.

New round of talks?

President Trump noted the high, in his opinion, chances of concluding a new agreement with Russia. According to him, the US president hopes that Russia will express a desire to conclude a new deal.

“I think we have good agreements with Russia, but Russia has not followed that agreement,” Trump said Thursday, May 21. "Until they start to comply, we are getting out of it."

This is another step of the Donald Trump administration to withdraw the United States from a number of major international treaties, including the agreement on the elimination of intermediate and shorter-range missiles (INF).

Reuters also reports that US officials have begun negotiations in recent days with a group of Russian officials to launch a new round of nuclear weapons talks.

“Our goal is to bring two strong teams of experts to the negotiating table to begin developing new measures to contain the next generation of nuclear weapons. The United States is committed to arms control. We stand for European security. And we stand for a future that will impose significant restrictions on nuclear weapons, ”said an unnamed diplomat.

The Open Skies Treaty was signed on March 24, 1992 in Helsinki by representatives of 23 OSCE member states.

On the subject: Russians involved in Trump's conspiracy case with Russia: who they are and what their role is

Disturbing news for US partners

By withdrawing from the Open Skies Treaty, President Donald Trump is effectively abandoning the arms control treaty, which was considered important for maintaining military transparency after the end of the Cold War.

Not only that, he refuses the agreement, which, according to many experts, still gives the United States enormous advantages.

And the fact that this happens when the entire control structure collapses and a new era of the arms race is approaching is doubly depressing.

So what does this contract allow?

It allows you to fly unarmed reconnaissance aircraft over the entire territory of another country without warning in advance. This can be done, for example, to collect data on military facilities and on the redeployment of troops.

In recent years, many problems have arisen in connection with this. The US claims that Russia did not allow access to some of its territories. However, as Trump critics say, this is a reason for improving the treaty, and not for refusing it.

The US will be able to use satellites to collect information about Russia, but Trump’s decision will create tensions with Washington’s European allies, who do not have access to such technologies.

The treaty may continue to be in the interests of Russia, which will continue to fly over Washington’s partners, and this will only aggravate their anxiety.