Home In the U.S. Media: US intelligence believes that Russia will try to intervene in the 2020 presidential election

Media: US intelligence believes that Russia will try to intervene in the 2020 presidential election

US intelligence agencies believe that Russia will try to intervene in the 2020 presidential election to help incumbent US President Donald Trump win reelection. This was reported by sources in the American media who were aware of the contents of the secret briefing for members of Congress, writes with the BBC. 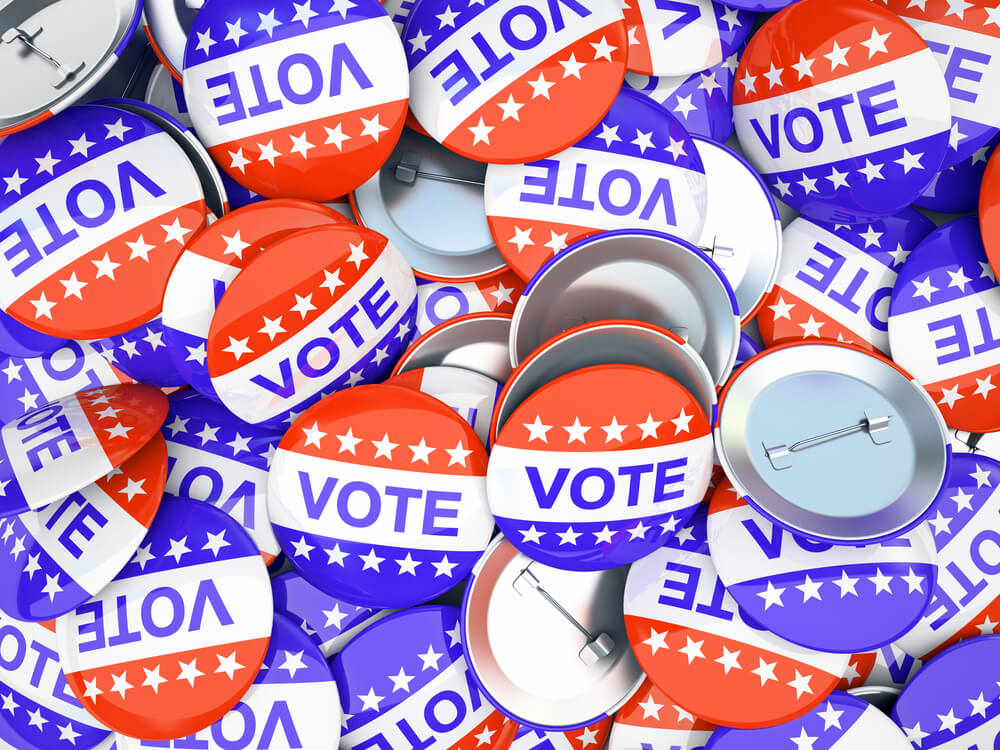 A number of American media citing several anonymous sources, it was reported that on February 13, the intelligence community held a private briefing on possible Russian interference in the US presidential election for members of the House’s intelligence committee.

According to the New York Times, Trump found out about the contents of the briefing from Republican members of Congress and was so dissatisfied that he decided not to propose Joseph Maguire, the current director of national intelligence, for approval.

On February 20, it became known that Trump had appointed Richard Grenell as the new acting director of national intelligence - the coordinator of all 17 intelligence services. Grenell, who previously served as US Ambassador to Germany, has no intelligence background.

However, Grenell said that he would occupy this post on an interim basis, and the president would present another candidate for approval by the Senate. Some senators have expressed doubts about the prospects for the approval of Grenell.

In 2017, in the final days of the Obama administration, the American intelligence community published a report on various forms of Russian interference in the 2016 elections - from hacking the correspondence of Democratic Party officials to trolls trying to influence voters, targeted advertising on social networks and attacks on the counting infrastructure.

On the subject: Check yourself: what do you know about the complex system of presidential elections in the United States

The decision on this operation was allegedly made personally by Russian President Vladimir Putin.

In May 2017, special prosecutor Robert Muller was appointed, who for almost two years had been developing a version of a conspiracy of Trump's entourage with individuals acting in the interests of the Russian state.

Ultimately Muller did not find evidence of collusion, but he made an unambiguous conclusion about the reality of other forms of Russian intervention and even indicted several Russians, who were called GRU officers in the indictment.

As a source told CNN, the new briefing for lawmakers spoke in general about all the same goals of Russian intervention - not only to support Trump, but also to undermine trust in the electoral process in American society.

However, it is not yet clear what concrete steps Russia could take to help Trump, writes the Washington Post.

Russian officials have repeatedly and categorically denied interference in the US election.

Trump commented on the situation

The news that Russia plans to intervene in the next US presidential election to ensure the re-election of Donald Trump is another attempt by the Democrats to mislead voters. Trump wrote about this on his Twitter page, writes RBC.

“Another congressional disinformation campaign from Democrats.” They assure that Russia would prefer me to do nothing to the candidates from the Democratic Party, who for the second week already cannot count the votes cast for them at the Iowa focus, ”Trump wrote.

Even at the stage of the election campaign, Donald Trump made statements more than once that showed the American politician’s usual willingness to compromise with Russia: he spoke favorably of Vladimir Putin, questioned the need for NATO, and even allowed the possibility of recognizing Crimea as Russian territory.

In the summer of 2016, he explicitly called on Russia (“Russia, if you can hear me”) to find emails allegedly missing from the private server of his rival Hillary Clinton.

In the fall of that year, when accusations of Russian interference were already heard everywhere, Trump said that both Russia and any other country are capable of cyber attacks.

Having settled in the White House, Trump continued to speak in the same spirit. He began to call Mueller's investigation a witch hunt. Soon after Muller’s last speech in Congress on July 25, 2019, Trump had a telephone conversation with Ukrainian President Vladimir Zelensky, where he mentioned this event and asked to investigate the activities of many of his political opponents.

This conversation led to the beginning of the impeachment procedure, which was announced to the president by the Democratic-controlled House of Representatives. The Senate, in which the majority are Republicans, ultimately decided not to deprive Trump of his post.

Sources of the American media, however, have repeatedly said that the president is extremely sensitive to any mention of Russian interference, believing that they question the legitimacy of his election victory. Its Republican allies acknowledge the fact of interference for the most part, but insist that it did not affect the voting results.

During a new briefing, “Republicans have reacted as expected. They got mad. They began to doubt the reliability of the intelligence, ”Reuters quoted a source as saying.

On the subject: US presidential election officially kicks off: why it starts with Iowa

Devin Nunes, a Republican minority leader on the committee who is known for his loyalty to the president and his penchant for deep state conspiracy theories, told Trump about the briefing, according to a Washington Post source.

The intelligence committee is chaired by Democrat Adam Schiff, who played a prominent role in the impeachment process - he was also the lead manager (essentially a prosecutor) at the Senate trial. According to sources, this circumstance further hurt Trump when he learned about the briefing, about a new Russian intervention.

Then he suspected the acting. director of national intelligence in disloyalty and appointed in his place Grenell, who shares his theses about the "deep state" digging under the president. Back in 2016, Grenell wrote Articles that Russia has always tried to interfere in American elections, and its latest efforts in this direction are not fundamentally different from the previous ones.

The Kremlin called "paranoid" statements by US intelligence that Russia is interfering in the 2020 election campaign and trying to reinforce the chances of Trump's re-election, writes "Voice of America".

“Another paranoid message, which, unfortunately, will be more and more as we approach the election. Of course, they have nothing to do with the truth, ”Kremlin spokesman Dmitry Peskov told reporters.

US Power System: How Federal and Local Governments Work

Check yourself: what do you know about the complex system of presidential elections in the United States