Home Positive 16 films in 24 hours: the company offers $ 1000 for watching a crime movie 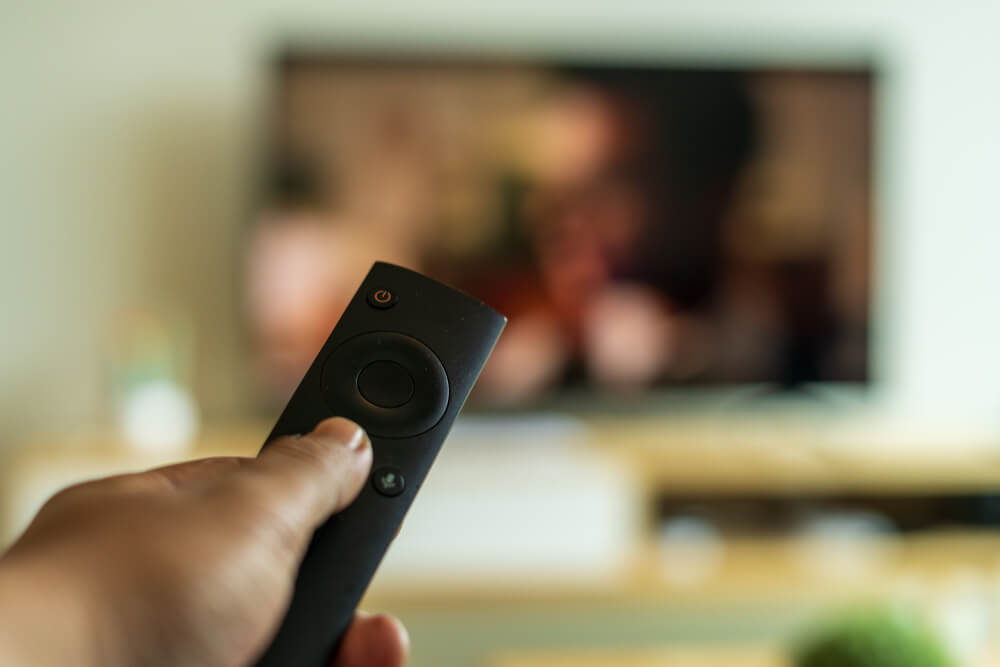 MagellanTV is giving away money to those who can watch intimidating films 24 hours in a row.

Do you often feel like a detective on the couch and like to watch crime films? Well, you're in luck: you can now earn extra money during quarantine.

MagellanTV offers a four-digit payment to anyone who can watch a prepared list of 16 documentaries within 24 hours.

“Our candidate has a passion for everything related to the stories of real crimes. They can cope with watching movies about the creepiest serial killer, the scariest details and the paranormal. So much so that our candidate is ready to watch it without interruption for 24 hours in a row, ”the company said in a statement. 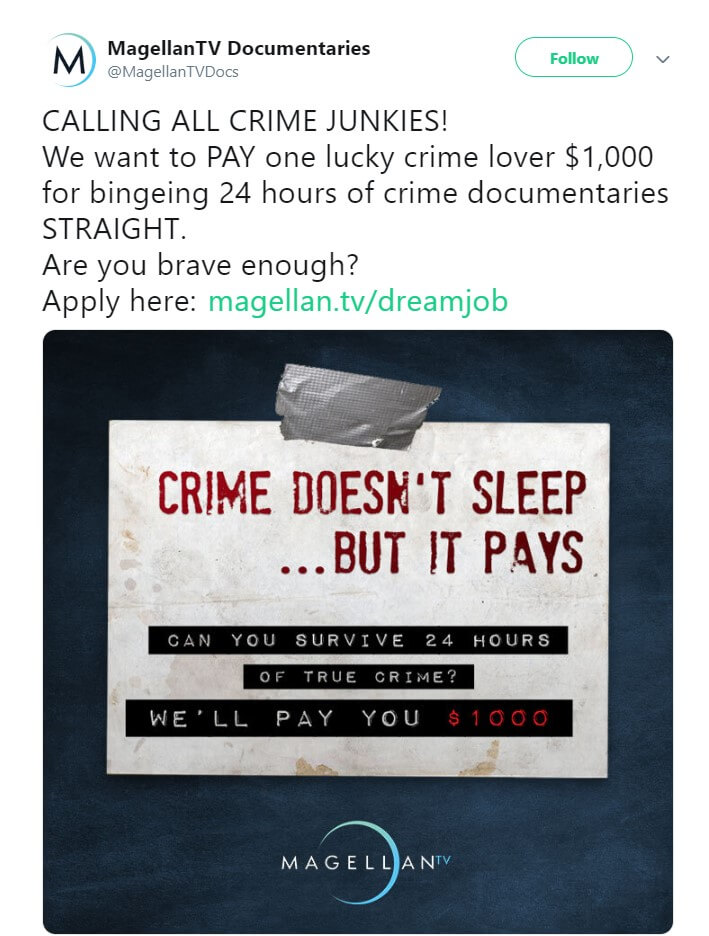 If the task seems too simple or it seems tempting to just spend this time turning on the films in the background, MagellanTV requires the participant to fulfill one more important condition.

On the subject: Cinema, Education, Creativity, and Sports: Free Resources for Boring Self-Isolation

“Our members will enthusiastically document their Crime Night Hours on social media so their followers can see if they can handle ... or not,” the company added.

Although MagellanTV initially stated that it was looking for someone who could watch 16 documentaries for 24 hours in a row, the company would actually allow the selected participant to complete the task within 48 hours, so sleep and other breaks were not prohibited.

The contestant will receive a cash prize of $ 1000, MagellanTV free membership for one year, and three-month membership for three friends or family members.

To submit an application, visit magellantv.com/crime-watch-dream-job and send a short application with a message explaining why you are “ideally” suitable for this job. Video recording is also welcome.

For those who are tired of isolation: a car cinema has re-opened in California

Spares no one: 20 famous people who died from coronavirus