Home Our people A unique method of reading notes: how a Russian woman opened a music school in Los Angeles

In 1992, Marina Simkins met an American guy in Moscow and fell in love with him, got married and moved to the USA. And in 1998, a teacher of singing and piano opened her own music school in Los Angeles (California). Her story was told by the publication "Present Tense". 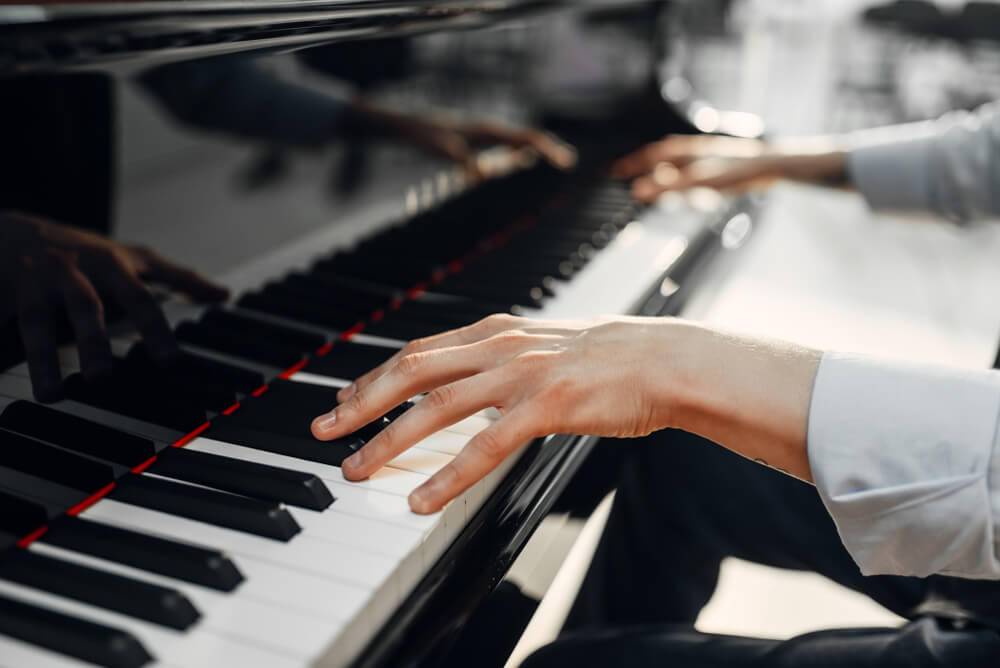 Over the years of teaching, she developed her own unique method of reading notes, which the child learns from the first lesson. In addition, it was always important for Marina to interest her students, therefore, as a rule, they begin to demonstrate success very quickly.

“The very last thing is to devalue a person, point out his mistake and tell him that he is wrong. This does not motivate them to play better, because they feel not smart enough and not capable enough. You can't tell children that they made a mistake and that they will not succeed. All this does not give them a good attitude towards music, ”says Marina.

With the onset of the coronavirus epidemic, when all children's institutions were closed without fail, Marina spent a week without work, as everyone worried about how she would pay the rent. At some point, she decided to call her students and ask if they would like to try taking music lessons online. Most liked the idea.

Switching to online learning has not been so easy. In addition to the technical part: how to position the cameras, configure the video and the microphone, Marina had to figure out how to keep the child’s attention through the Internet.

“When they study at my home, there is a setting here - portraits of composers, toys and all sorts of things with which we improve our knowledge. And through the screen, it's all limited. They are in their home, they see their piano, which they see every time. In front of them is only a face on the screen, and not bears from the cartoon, but teachers, ”says Marina.

She decided to use toys in the lessons - they "communicate" through the screen with the students, attracting their attention.

Partly responsible for the concentration of the child during the online lesson, says Marina, lies with the parents.

“I try to keep my home quiet during class so that my children are not distracted. In class, they are forced to concentrate. But being at home, where we are walking around, doing something, it is difficult for them to concentrate, ”says the mother of one of the students.

Still, modern children, for whom new technologies are an integral part of life from an early age, adapt to a new way of learning without any problems.

“The new generation child is already accustomed to online communication with friends and relatives, he is used to the fact that almost everything happens online. He moved very well from live to online learning, ”says Olga, the mother of one of the students.

After the situation with the coronavirus is resolved, most of the parents whose children are taught by Marina plan to take part of the piano lessons via the Internet. According to them, this will save time.