Home World People around the world receive parcels with unknown seeds: some species have been identified

Residents of the United States, Canada, the United Kingdom, New Zealand, and perhaps some other countries have received a lot of postage lately with seeds they did not order. This became known from the reports of the United States Department of Agriculture (USDA), which began its own investigation after the appeal from some addressees of unsolicited packages from different states. Similar complaints were subsequently reported by the supervisory authorities of several other countries. Writes about it Meduza. 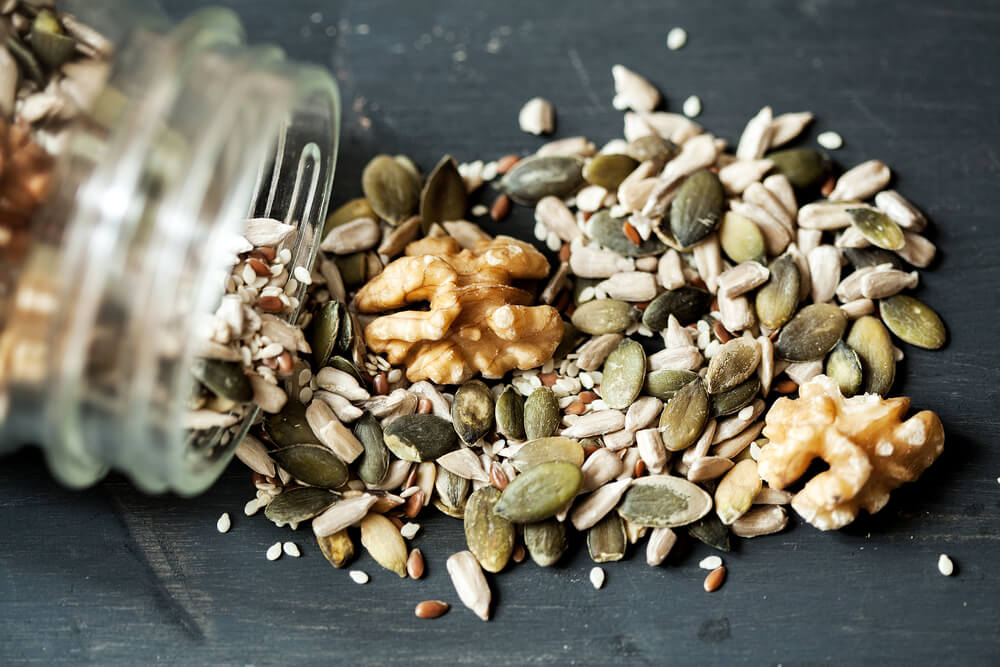 Parcels with seeds look like ordinary soft parcels, on the labels of which the contents are described with the words "earrings-studs", "jewelry" or just "toy". At the same time, inside, instead of decorations or toys, there are ziplock packages with seeds: pumpkin, cabbage, dope and other plants. Based on reports available to date, most of the parcels had Chinese addresses as return packages, and the seeds themselves were labeled "Made in China." However, the Chinese authorities deny any involvement in what is happening.

According to The Guardian, about 100 people in the UK received such packages. The same British newspaper reports on several cases in Portugal. At least one more case is described in New Zealand - it differs in that the recipient is not China, as in the vast majority of other cases, but Zambia.

In the United States, the scale of the mailing seems to be the most significant: in the state of Florida alone, according to the local branch of ABC channel, unsolicited seeds were sent to more than six hundred residents. And one of them, Matt Weidner from St. Petersburg, Florida, received three packs in one week. The USDA report from July 29 says that residents of at least 22 states have already applied to them with complaints about such packages - but officials admit that they do not know the true number of such mailings sent around the country.

In their messages commenting on the complaints of the recipients of the seeds, the agricultural authorities of different countries are urging to treat the parcels with caution. Officials urge not to sow seeds from unknown sources: “They can be seeds of invasive plants or carry plant pests that could be harmful if introduced. They are capable of invading agricultural and natural areas, causing serious damage to our plant resources, ”says the Canadian Food Safety Agency (CFIA).

On the subject: Bananas, packages, and bats: China's most popular coronavirus myths

The representative of the British Royal Society of Agriculture, Gerald Clover, who spoke to The Guardian, said that the threat from such packages is difficult to assess without knowing the origin of the seeds, but noted that "anything that can grow can be potentially dangerous." ...

In the United States, Kentucky Commissioner for Agriculture Ryan Quarles spoke from the most alarming positions, saying that it is too early to rule out any versions of what is happening: “We do not have enough information to understand whether this is a hoax, a hoax, Internet fraud or an act of agricultural bioterrorism "- he said.

On July 28, Chinese Foreign Ministry spokesman Wang Weibing emphasized that sending seeds is prohibited by the rules of the International Postal Union, which China adheres to. He also pointed out that when checking the items, which according to the statement of the US Postal Service USPS originated from China, it turned out that the addresses (at least in some cases) were forged and contained errors.

In addition to mainland China, some of the seed parcels had an address in Taiwan as the return address - a parcel received by a Canadian resident. According to the Taiwanese news site Focus Taiwan, citing the local postal service, in this case it was possible to establish that the package was received from a third country and processed by a private logistics company, which now has to pay a fine for violating postal regulations. The Taiwanese Post did not disclose either the name of the company or the country of origin.

Mysterious parcels may have a simple explanation: rating boost in online markets

Despite the alarming statements of representatives of individual states, the USDA federal service has not yet found a reason to link the mailing with bioterrorism or any threats to the country's agriculture. The main version of what is happening, which is being considered by the department today, is a fraud with reviews in online stores.

This type of scam, called brushing scam in English-language sources, has been known since at least 2015 and is even mentioned as one of the risks important for investors in Alibaba's reports to the US Securities Commission (SEC).

The fraud scheme is structured as follows: an unscrupulous owner of an online store operating at a large online marketplace like Alibaba hires special people to write fake reviews in order to increase their rating on the site. However, in order for reviews to be accepted, proof of delivery from the postal service is required. To get this confirmation, the owner sends unnecessary parcels to the addresses of real people in the most interesting countries in terms of sales, and the information from the tracking of parcels is then used to confirm fake reviews.

On the subject: What to do if your package arrived damaged or did not come at all

What exactly will be contained in the parcel is completely irrelevant for the sender, so usually scammers send either empty packages or parcels with junk goods. Why in this case exactly seeds were used, which, generally speaking, even with a real order, according to international rules, are prohibited for shipment is not clear. No explanation is offered by the USDA or other countries.

Some seeds were identified

Department of Agriculture officials identified several seeds that were mailed to the Americans. Washington examiner.

Seed analysis revealed that some Amazon shoppers were being sent “a mixture of ornamental, fruit and vegetable, herb and weed species” in packages they did not order. Officials say people should not plant any mysterious seeds that are sent to them and should continue to report them to law enforcement.

Bernd Blossie, a professor in the Department of Natural Resources at Cornell University, said the identified seeds would not harm the environment, but that other packages that have yet to be identified could contain invasive species that could do harm. He suggested burning the seeds rather than throwing them in the trash can because they might sprout in the landfill.

“It is obvious that planting rosemary or thyme in your garden is not something that threatens our environment,” he said. “But there may be other seeds that have not yet been identified. Every time you get something unknown, I suggest burning them, not throwing them in the trash. "

18 common risks of online shopping and how to protect yourself