Home Page In the U.S. A budget crisis and millions of unemployed: states drastically cut spending on Medicaid

Three states have cut spending on the Medicaid program since the pandemic, while others are being warned of painful cuts in health benefits and services, writes Political. 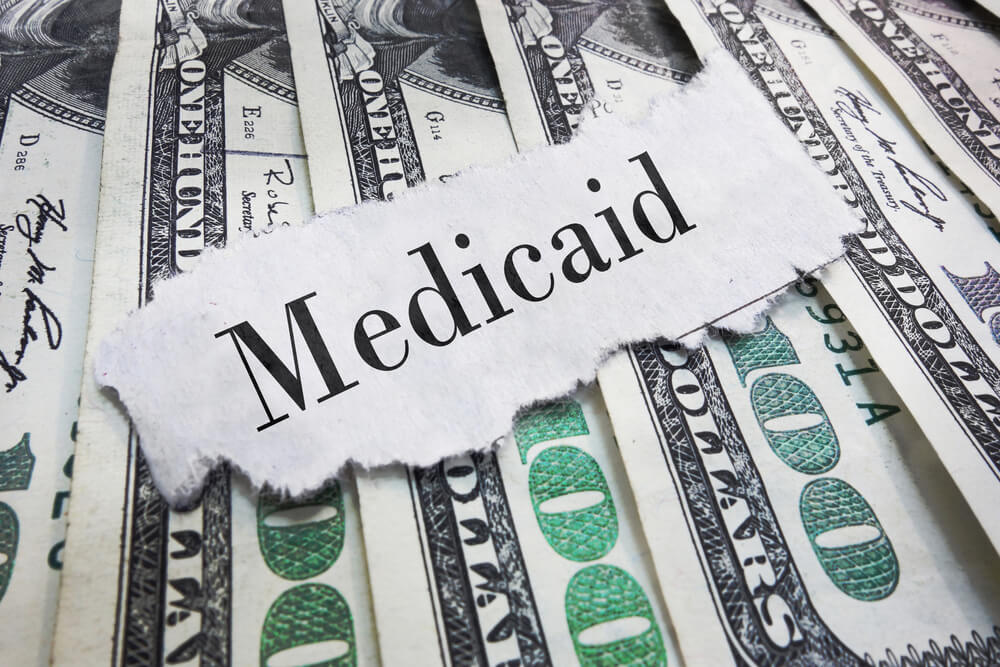 States facing a sudden drop in tax revenue amid a pandemic are announcing deep cuts in their Medicaid programs as the number of new unemployed in the US continues to skyrocket.

Officials are worried that they will have to cut back on patient benefits and health benefits for the poor if they do not receive more federal assistance.

Medicaid programs in the states during the last economic crisis reduced everything from dental services to orthopedic care, and cut down payments to hospitals and doctors to balance spending on other needs, such as roads, schools, and prisons. Medicaid officials warned that this time the situation could be much worse, because the number of program participants in recent years has increased largely due to the expansion of Obamacare.

“The looming Medicaid crisis will be a bloated 2009 recession,” said Matt Salo, head of the National Association of Medicaid Directors. "The blow will be strong and fast."

Medicaid, one of the largest budget items in most states, provides health insurance for approximately 70 million poor adults, children, people with disabilities, and pregnant women. The federal government pays about 60% of program costs on average, with poorer states receiving a larger share. States have the freedom to regulate benefits, payments to health care providers, and eligibility requirements under the supervision of the federal government.

Now the governors are turning to Congress for help, as they are weighing a new support package to save the budgets of states affected by the pandemic. They are asking lawmakers to step up Medicaid payments and provide hundreds of billions of dollars in new aid to support budgets.

Naturally, Medicaid is facing increased demand as economic conditions worsen. But that leaves the states face even greater need, at the very time when they have less money.

“The brutal nature of the economic downturn is that while you need social safety nets, government revenue is shrinking,” Ohio Republican Mike DeVine said May 5, who announced a $ 210 million cut in Medicaid over the next two months. ...

On the subject: How to get health insurance if you lose your job due to coronavirus

The vast majority of the $ 229 million cost cut that Colorado Governor Jared Polis made in early May was funded by Medicaid, although new federal funds will prevent immediate cuts in benefits or payments to health care providers. State Legislative Committee officials have warned that Medicaid membership could increase by the end of the year by 500.

In Georgia, where Medicaid is projected to grow by 567, Republican Governor Brian Kemp and legislative leaders have instructed each agency to prepare for a 000 percent cut across the board.

The House of Democrats is pushing for an additional $ 1 trillion package to help state and local governments and support welfare programs that can ease state pressure during a pandemic. Some Republican lawmakers have questioned the need for additional assistance after Congress has allocated trillions of dollars to fund state rescue.

State officials generally agreed that the increase is helpful, but said it was likely to be eroded by the expected increase in referrals. Governors say Congress - in addition to providing at least $ 500 billion in direct support to states - should double the increase in Medicaid funding to 12%, as it did in the last recession. At least one Republican senator, Cory Gardner of Colorado, said his state is in dire need of additional Medicaid funding to avoid "harmful budget cuts."

Over the next few months, 11 to 23 million people can sign up for Medicaid. Demand will be even higher in about three quarters of the states that have expanded Medicaid coverage for poor adults under the Affordable Care Act.

Medicaid enrollment data in some states is often lagging, making it difficult to determine the number of registrations by country, while the number of jobless claims began to grow two months ago. However, some states have begun to report noticeable leaps, and more significant growth is expected in the coming months.

In Arizona, over the past two months, Medicaid and the Children's Health Insurance Program have registered an additional 78 people who receive more generous funding from the federal government. Since mid-March in Virginia, the number of applications for registration has increased by 000%.

In New Mexico, where 42% of the population has already been enrolled in Medicaid, the number of registered users in the first two weeks of April increased by about 10 more than expected before the pandemic.

On the subject: A site has appeared that helps to save on medical services

A senior official at Medicaid in New Mexico said the budget is a serious concern for a state that is heavily dependent on oil and natural gas. She fears that a prolonged economic downturn could force the state to abolish wage increases for Medicaid suppliers who worked last year, and another planned wage increase for next year is almost certainly not being discussed.

States that have accepted a temporary increase in Medicaid fees from Congress are prohibited from reducing the number of program participants while they receive extended funds. This leaves states with the opportunity to cut insurance premiums or pay providers.

Michigan MP Mary Whiteford, chair of the Republican Health Appropriations Commission, said Medicaid could rise from 2,4 to 2,8 million by the end of the year.

Before the pandemic, states spent $ 72 billion in rainy day funds - a record high, said Brian Sigritz of the National Association of Public Employees. But that figure is an understatement because Congress gave more than $ 150 billion to state and local governments in an earlier aid package, far less than what states are currently demanding.

“We are now expecting a larger decline than what we saw during the Great Recession and increased spending,” Sigritz said. - If there are no more federal funds, states will have to pay attention to cuts in funding for basic services: public safety, education, health. That's where the money is. "

Government Trump spending may break records for all previous presidents

Tens of thousands of dollars: how much will COVID-19 treatment cost Americans

How to get medical insurance in case of COVID-19 in the USA: special registration periods are open