Home Page In the U.S. California provides free meals to all schoolchildren: this is the first such program in the USA

California provides free meals to all schoolchildren: this is the first such program in the USA

When schools in California reopen for the fall semester, all 6,2 million public school students will have free meals at school, regardless of their family's income. The state has launched the largest free school lunch program in the United States. The edition told in more detail APNews. 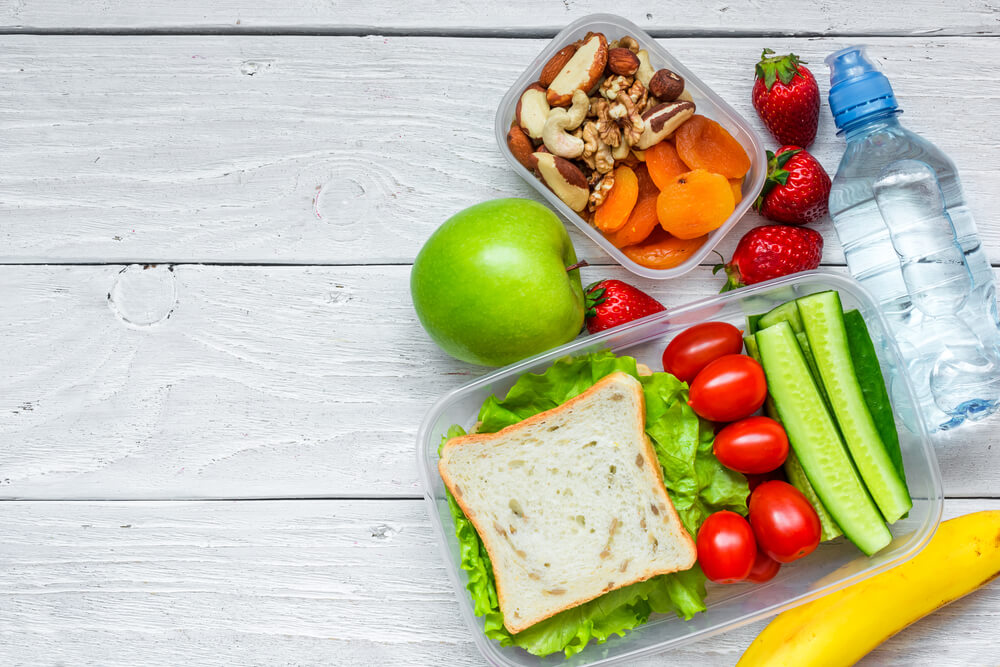 The event, made possible by an unexpected budget surplus, will be the largest free lunch program for schoolchildren in the country. School officials, legislators, hunger organizations and parents hail this as an innovative way to feed more hungry children.

“It's so historical. It will change lives, ”said Erin Primer, director of food service for the San Luis Unified School District.

Several cities in the United States, including New York, Boston, Massachusetts, and Chicago, Illinois, already offer free school meals for everyone. But until recently, statewide universal nutrition programs were considered too costly and unrealistic.

California became the first state to adopt the universal program late last month, followed shortly after by a similar plan in Maine.

On the subject: School in Massachusetts 'corrects behavior' of children with electric shock: the court decided it was legal

“When it comes to school meals, we have made everyone equal,” said Primer. The additional funding will also allow schools to offer tastier, better food, such as fresh bread, groceries and cheese from local producers, she said.

Federal regulations require a family of four to earn less than $ 34 per year to be eligible for free meals and $ 000 to be eligible for reduced price meals. The limits change annually, but are based on federal poverty rates that do not take into account the high cost of living and taxes in California.

“So this is only for the poorest families, and not even everyone because some people were unable to register or were afraid to register,” said Kat Taylor, a philanthropist and major sponsor of the Environmental Awareness Center, who backed California's plan.

About 60% of high school students are eligible for reduced price meals, but experts say the number of children needing food aid is much higher in a state with huge income inequality. Non-white communities are disproportionately affected, and immigrant communities, in particular, are wary of filing applications due to detailed forms that ask intrusive questions such as their family income, social security number and children's immigration status.

Schools reported a drop in the percentage of families applying for free and reduced price meals during the Donald Trump administration, which tried to tighten immigration policies and public benefits.

Like school officials across the state, Primer has countless stories of children struggling to pay for school meals or ashamed to eat for free.

There was a child whose mother called Primer, afraid that she had earned several hundred dollars more to qualify for free lunches; a father who is in the country illegally and feared that filling out an application for free meals could lead to his deportation; and the constant occurrences of high school students who don't want their friends to know they need free food, so they skip meals.

When the pandemic broke, it changed everything, including the way school meals were served, and kick-started a universal program that received unanimous bipartisan support. Previously, lawmakers only pursued targeted bills, such as reducing school lunch arrears.

Since the closure of schools in March 2020, many have turned their parking lots into pick-up spots, and federal funding has allowed schools to offer food to anyone.

The massive turnout showed how much families rely on school meals.

The Los Angeles Unified School District, the largest in the state with 600 students, distributed more than 000 meals a day, County Representative Shannon Haber said. San Luis Costal, home to 400 students, is serving 000 meals a week at the height of the pandemic, nearly three times more than before. The area includes the wealthy city of San Luis Obispo and low-income areas.

“For a long time, I thought it was a pipe dream,” said Senator Nancy Skinner, a longtime proponent of free food for all.

With the backing of more than 200 organizations in a coalition called School Meals for All, Skinner and other lawmakers pushed for government funding, taking advantage of the moment money came to California. The $ 262 billion budget provides $ 54 million for the coming academic year, in addition to funding from the administration of US President Joe Biden through June 2022. After that, California will spend $ 650 million annually.

On the subject: Putting your child to school: stationery items that are most profitable to buy at Target

“If a child is hungry, he will not be able to study well,” Skinner said. "Why do we have to go through bureaucratic hurdles to feed a child."

“For many of them, it was their dinner, and they sneak or take it off someone’s plate when someone’s not finished eating,” Dale said.

Schools rarely drive away hungry children. But for children who did not meet the requirements and needed lunch, their parents were billed, and many went into huge debts. In recent years, some schools have threatened to prevent students from graduating from school until lunch debts are paid, or have stamped the hands of students who owe money, said Jessica Bartolow, Skinner's chief of staff, who is an anti-hunger advocate.

Some schools hire debt collectors to extort debts from parents, she said, but at the end of the year, schools are forced to use the money from the general fund to pay off food debts.

For Tina Self, a mother of three, giving up her $ 3 daily school lunches will be a huge relief.

"It may sound a little, but it will help a lot," said Self, who lives in San Luis Obispo, where a gallon of gas can cost $ 5 a gallon and the rent is "insanely high."

“Luckily for us, we both have a job and two working machines,” she said of herself and her husband.

“Just like you need to give students textbooks and computers, there are certain things that need to be done. And this is one of them, ”said Wald.