As a Russian guy lost a successful business in the US

- Yeah, he had a full blast in Vegas! He won three hundred dollars, but lost a thousand! - Dima laughs like a naughty little boy and uncorks a bottle of water. 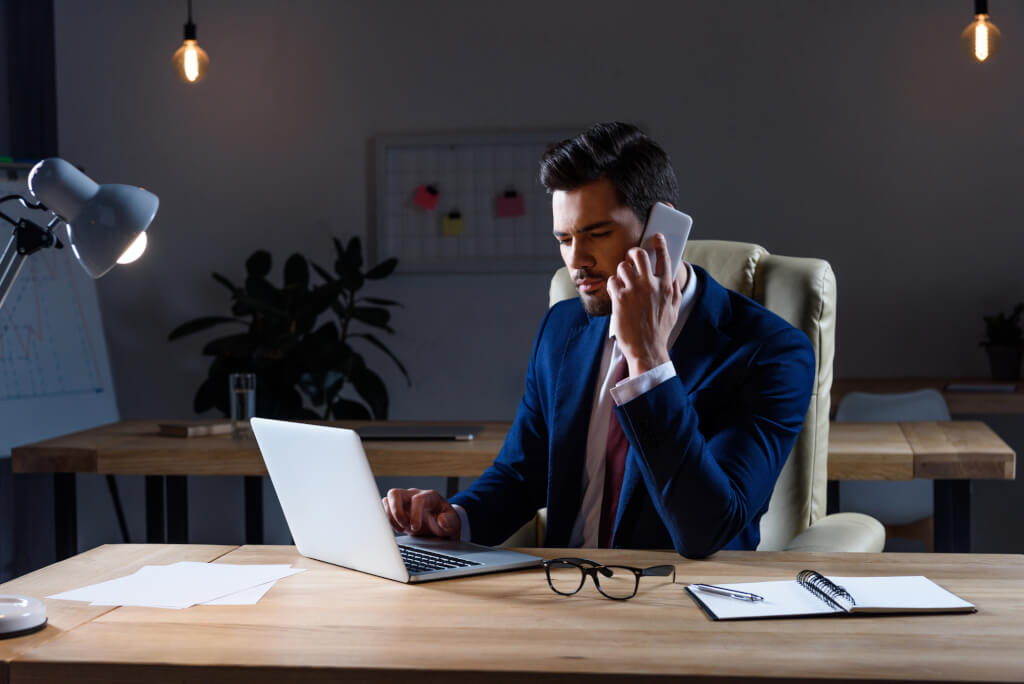 After a sleepless night in the city of sins, thirst torments. In his reddened eyes, the shiny lights of Las Vegas, round black chips, full of anticipation and excitement of the faces of casino visitors still glimpse. We are sitting a motley Russian company in one of the restaurants in Los Angeles and listen to Dima with curiosity. For many, such a night at the casino is still from the realm of something impermissible.

- We stopped on the way to Gordon Ramsay's restaurant. Grilled asparagus - well, just an orgasm! And steaks from marbled beef ..., - Dima even closed his eyes for a second. Then, squaring his shoulders, he continued. - Well, the prices there, of course, are also at the level. I gave away $ 500, but the whiskey was excellent.

There are notes of pleasure in his voice. From a weekend in Vegas. From fancy food. From myself. Intoxicated by his own success And how can you not be intoxicated. Dima is only 35 years old, his moving company, which is also a moving service, brings from 10 to 000 dollars in net profit per month. And in the season it is even more so. Moving to the United States is easy and frequent; moving services in California are among the most demanded.

Dima, as the Americans like to say, selfmade man, who made himself. Arriving in California from Krasnodar three years ago, he began as an ordinary mouver, I mean a loader. I packed my clients' belongings into boxes, wrapped them in plastic, dragged tables and chairs ... I earned $ 3000-3500 per month, which is not enough for comfortable living.

A year later, one of the clients, an American businessman, spotted Dima. Seeing how he quickly copes with the work, he offered him to transport all of his six offices. Dima decided to take a chance. I rented trucks, made a team of similarly recently moved Russian guys.

- On that order, I earned so much that I was able to buy three trucks already, open my own business. The American, without knowing it, gave me a start in life. Without him, I would not have developed this all so quickly. God save this American! - Dima liked to repeat.

This is how I remember him. At the very crest of the wave. Like a surfer who conquered the wayward Pacific Ocean in bad weather. We continued to be transported to the alluring Vegas, which Dima continued to talk about. Suddenly there was a familiar trill - his iPhone rang.

- Well, what is it? He said reluctantly. - Smashed ?! Well done, what. Then you have to deduct from your salary. Just tell the client that you will deliver the new plasma until tomorrow. So that you don't write a bad review.

He casually tossed the iPhone onto the table and reached for the bottle of water again. He swallowed greedily.

- Yes, my workers screwed up! Dropped plasma for a thousand dollars in a client's house, - Dima shrugged his shoulders and moved a plate with a huge juicy steak slightly charred around the edges. He cut off a piece and quickly dug his teeth into it.

“And you think that is the norm, Dim?” Yes, they broke, but you, as a businessman, must understand these risks. Moreover, you have insurance that covers it. Why remove a thousand bucks from the guys’s salary? Well, fine a kraynyak for a hundred bucks, but not a thousand!

There was already some kind of neglect in his eyes. Dima shrugged in bewilderment.

- Mowing up next time will be less. I actually provide them with work, which of the Americans will take me into the company of Russian illegals! Yes relax, Sanya!

Sasha raised his eyebrows and stumbled into the menu again, as if realizing the uselessness of the argument. The rest of the guys from our company chose not to interfere.

After a couple of hours, everyone left. Dima rushed off in his huge silver jeep, resembling an alien ship. 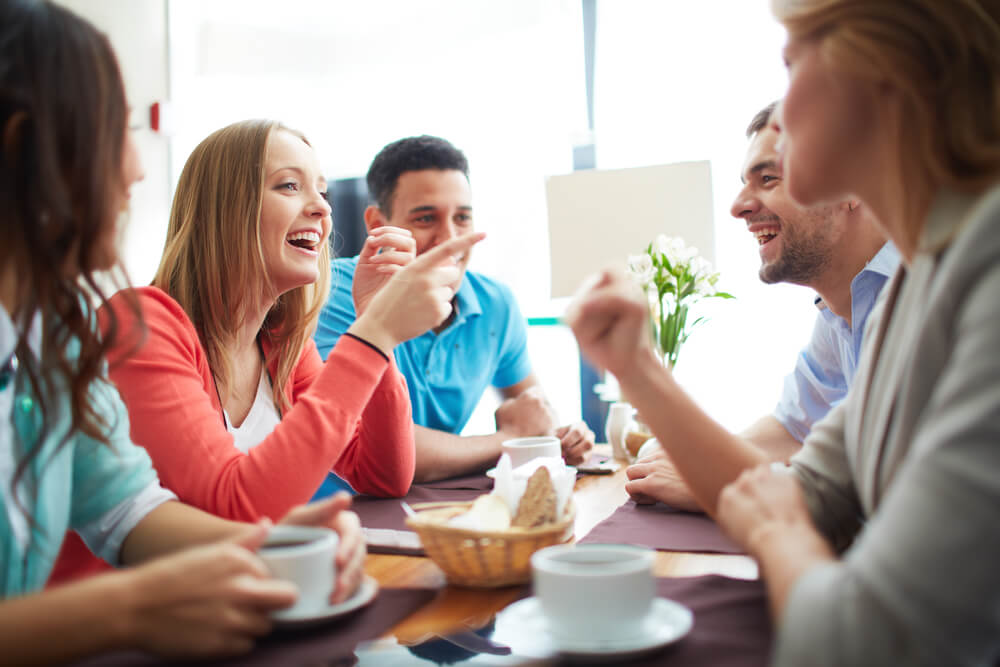 About three months have passed since that moment. That company had already gathered infrequently. Once we phoned Sasha, and from the discussion of current affairs, the conversation smoothly turned to mutual friends.

- How is Dima, everything lights up Vegas at the weekend? - I asked.

There was an awkward pause. And then Sasha started talking, from the speaker it blew with slight bewilderment.

- Don't you know? Dima is going to close the company. Almost everyone has already left him, out of 14 employees there are only two left, - Sasha's voice sounded calm, even ordinary. - I saw him for the last time on a bike. Looks like money is very tight. I lost weight decently. Not eating those five hundred bucks steaks anymore.

The first few seconds I could not believe what they heard.

- When he went to $ 10, it was then that he caught the star, - Sasha chuckled. - You just found him in that state. Why, a businessman in the USA gives people jobs. Well, king, not otherwise. In general, he showed his true attitude. He began to fine, but he had no right. In general, this often happens with visitors to the United States, who take off quickly, but treat people badly ...

When Dima only developed his company, he tried to restrain himself. Workers were few. It was important to earn the trust of customers, to reach a constant level of profit. It is impossible to offend experienced movers, otherwise they will quickly go to the competitors, and he perfectly understood it. But over time, orders, and with them the profit has become more.

- He just started to use the fact that many guys from Russia did not yet have documents, they worked illegally. They were afraid to complain about him, - contempt sounded in Sasha's voice. - Yes, only experienced ones did not tolerate this disgusting behavior with fines and disrespect for themselves, they immediately left. And for beginners without them, oh, how hard it became. They did everything for a long time, they broke something periodically. It was necessary to train them.

The backlash was not long in coming. Customers immediately began to leave bad reviews on Yelp, a site that in the US is used not only to find services, but also to rate companies.

- Americans love to leave reviews there. All companies value their reputation at Yelp. Dimka thought, see, to score negative good reviews, fake. But only at least ten write them, clients will not erase their bad ones. And they came more and more. In the US, because of this, the business is even faster derailed. After all, people are watching reviews, choosing them, choosing a whole ocean here. So almost no orders. And the workers fled.

In my head, that Dima pleased with himself floated, on the crest of a wave, which she remembered. Sasha was silent for a few seconds.

- Do you know what's funny? Dimka is sure that the staff ruined everything for him! - Sasha laughed. - So he says: they say, he lost his successful business because of them, he did not just keep track of it. And what he ruined himself, no hello. Well, kings don't understand that.

Wikipedia of life in New York: how to survive a newcomer in the capital of the world

Take your own path: in the suburbs of Texas very creatively approached the names of the streets