Home In the U.S. At least 7 people died in the US due to a winter storm

A powerful winter storm in the United States led to the death of at least 7 people, warnings about dangerous weather conditions were issued in the territory of the length of 1500 miles (2 414 km).

January 13 storm set its sights on the country's capital and, according to forecasts, will bring the largest amount of snow in the region this season, writes Fox News. 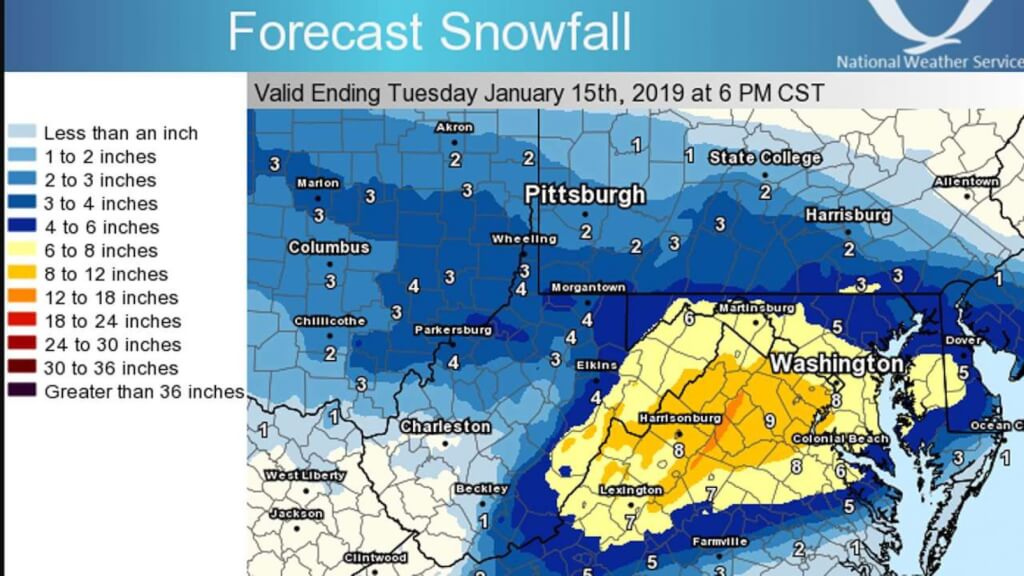 On Friday, the storm moved to Kansas and Nebraska from the Rocky Mountains and then moved east to Missouri, Iowa, Illinois and Indiana, covering roads with snow and making driving very dangerous.

Part of the Interstate 44 motorway near St. Louis was blocked for several hours on Saturday, the traffic delays in this area were eight hours.

The Kansas authorities said that at least 3 people died as a result of traffic accidents on slippery roads, in the state of Missouri, 4 people became victims of accidents due to difficult weather conditions. Militiamen ask motorists to refrain from traveling.

As the storm moved eastward, the states of Maryland and Ohio declared emergency situations due to snow to restrict traffic on the region’s roads.

Virginia Governor Ralph Northham also declared a state of emergency on Saturday evening to ensure a higher level of state preparedness for the storm.

According to the results of Saturday, the largest consequences of the storm were in Missouri. The National Meteorological Service said more than 30cm of snow fell in some places near St. Louis and Jefferson City on Saturday morning, and 46cm in Columbia, Missouri.

The rain in the sky. Numerous wrecks, slide-offs and standstill traffic on all roads, including interstates. #MOwx #StLouis #Missouri #snowpocalypse pic.twitter.com/UBGsKd3XfA

Rescuers in Missouri responded to more 3000 emergency calls as of Saturday morning, including more 700 crashes and 1300 stuck cars. Illinois state police said more 100 crashes occurred along the Mississippi River due to the storm.

At Lambert International Airport in St. Louis, most flights were canceled or delayed on Saturday.

In the central part of the state of Missouri, according to officials, about 12 000 families and businesses were left without electricity due to the storm.

The coldest cities in the world: how to live at minus 70 degrees

How to use a mobile phone in cold weather

September snow storm in the USA: 5 things that should not be left in a car in cold weather