Home Page In the U.S. Due to the presidency, Trump's fortune has been greatly reduced: how much did he lose

Due to the presidency, Trump's fortune has been greatly reduced: how much did he lose 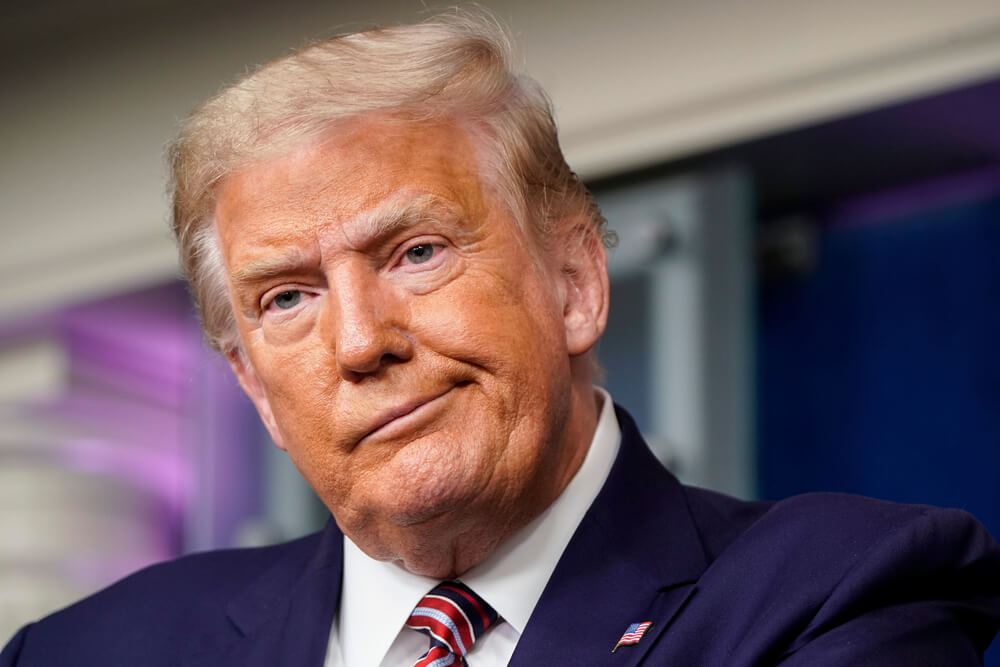 Trump has suffered the most from the decline in the value of his business centers and hotels. Also, planes and golf courses have dropped significantly, bringing Trump a steady income before the pandemic.

The compilers of the Bloomberg Billionaires Index studied documents and data on Donald Trump's net worth in May 2016 and January 2021, that is, before he took office as president and at the time of his departure from the White House.

About two-thirds of Trump's fortune is in commercial real estate. And during the pandemic, the demand for hotels and office buildings fell sharply, which led to a decrease in cost.

According to Bloomberg, the value of Trump's business centers fell 26% on average.

He owns or operates about 10 hotels and resorts, as well as 19 golf clubs. All these assets also fell significantly during the pandemic.

Although golf was supposed to be popular during the pandemic due to its social distancing ability during the competition, golf clubs were effectively left without income and dropped significantly in price.

According to Bloomberg, at least two golf courses in Scotland, owned by Trump, have ceased to generate the usual income and have lost much in value. Back in the fall of last year, Forbes calculated that Trump's National Doral golf club in Miami lost more than 70% of its value (more than $ 114 million) and was estimated at only $ 28 million.

The decline in Trump's capital was also influenced by the storming of the Capitol on January 6. The Professional Golfers Association of America has pulled out of a 2022 championship at Trump's golf club in Bedminster, New Jersey, out of concern that such a partnership would damage the association's reputation.

Deutsche Bank - the only bank that did not refuse loans to Trump after bankruptcies in the 1990s - also announced its unwillingness to cooperate with the 45th President of the United States after the storming of the Capitol.

Trump has his own air fleet, among other things. Its planes fell significantly in price even before the pandemic: almost all aircraft were produced about 10 years ago, and during the pandemic their value collapsed completely. Still, Trump managed to sell several planes.

During his tenure as President of the United States, Donald Trump tried to keep the amount of taxes he pays a secret. Thus, Donald Trump became the first US president in the past 50 years to refuse to disclose the data of his tax returns after the elections.

However, in February of this year, the US Supreme Court ordered him to disclose the data of his tax returns for the past nine years, agreeing with the requirements of the prosecutor's office.

According to the lawsuit filed by New York District Attorney Cyrus Vance, the New York accounting firm Mazars LLP, which handled Trump's tax affairs, as well as two banks - Deutsche Bank and American Capital One - are required to disclose tax returns, data on loans, credits and other Donald Trump's financial transactions over the past nine years.

According to prosecutors, these financial and tax documents of Trump should help investigate possible secret payments by Trump to two women who, they claim, had an intimate relationship with Trump before his presidency, and then received significant sums for silence about the relationship.

Both banks and accounting firm Mazars have already announced that they are ready to provide all financial documents in their possession following the decision of the US Supreme Court.

In June 2015, before announcing his nomination for the presidency, Donald Trump issued a statement prepared, in his own words, by a "big accounting firm." It stated that the fortune of the future president is $ 8.

Forbes magazine then questioned the data provided by Trump. The publication estimated Trump's fortune at $ 4,1 billion, and then lowered this estimate by another $ 125 million.

Trump will write a memoir

Like many former US presidents, Donald Trump has the potential to strike a bargain and write a book of memoirs.

Barack Obama and his wife Michelle earned about $ 65 million from their memoirs. Bill Clinton received $ 2004 million in 15 for a book about his presidency.

As noted in Bloomberg, one of the likely projects for Trump is a news channel or social network, designed for 74 million of his voters.

Biden's dogs were evicted from the White House: one of them bit the guard