Home In the U.S. Meghan Markle wants to become president of the United States: this idea was publicly supported by Trump

Meghan Markle will take advantage of the furor following her interview with Oprah to launch a political career that could lead her to the White House if the rumors circulating in Westminster turn out to be true. It is reported by The Daily Mail. 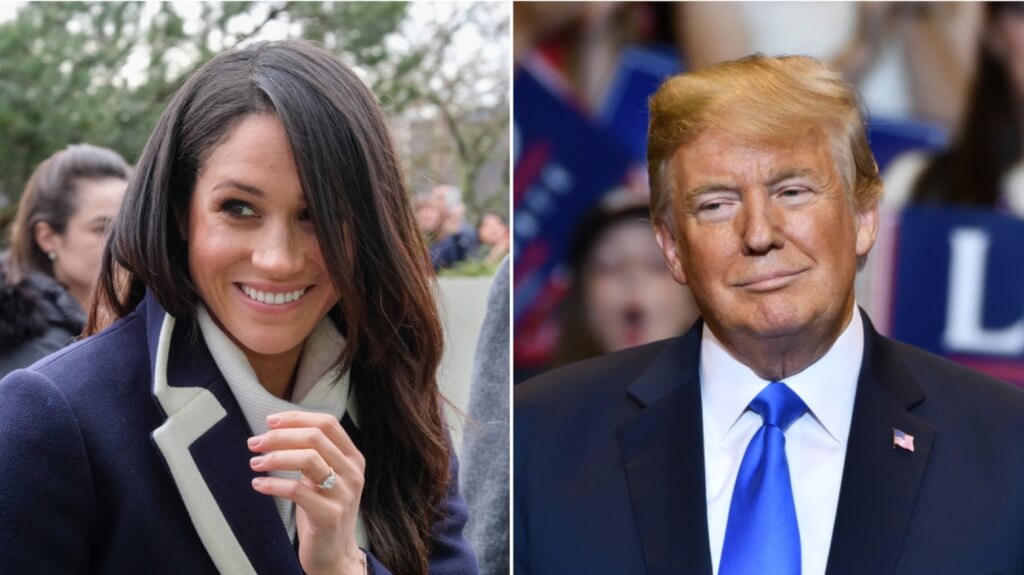 One senior Labor Party official - a veteran of the Tony Blair administration in Downing Street with close ties to Washington - told the publication that 39-year-old Markle is in contact with high-ranking Democrats to create a fundraising campaign towards the US presidency.

A source close to the Dukes of Sussex declined to comment, but the couple did not hide their political views. During last year's US elections, Meghan and Prince Harry struck a thinly veiled blow at Donald Trump, urging voters to "reject hate speech", which a spokesman for the couple called a "call for decency." Trump himself said that he was “not a fan” of 39-year-old Megan.

The source said: "Blairists, internationalists and democratic party networks are abuzz with talk of Meghan's political ambitions and her potential backers."

Last year, a friend of the Duchess told Vanity Fair magazine that one of the reasons Meghan didn’t give up her American citizenship when she married a member of the royal family was because it allowed her to be in Washington politics.

American constitutional experts responded that she would have to relinquish her title if she wanted to hold a public office in the States, because that would contradict the US oath of allegiance.

Buckingham Palace tried to distance the royal family from remarks made during the US election by issuing a statement saying that "the duke is not an active member of the royal family" and described his comments as "made in a personal capacity."

The source added that the Duchess presumably expects 2024, when President Joe Biden turns 82 and will decide if he wants to run for a second term.

If she made it to the White House, Meghan would become the first female US president - to succeed in what Hillary Clinton failed four years ago - and the second non-white occupant of the Oval Office after Barack Obama.

She will also follow in the footsteps of President Ronald Reagan, who was a Hollywood actor for four decades before switching to politics. During the 2020 campaign, the Duchess reached out to When All Women Vote, an organization co-founded by Michelle Obama, to encourage participation in the elections. Meghan's friends have previously encouraged rumors of her political ambitions, describing her humble beginnings as "the American Dream".

On the subject: Prince Harry and Meghan Markle gave an interview to Oprah Winfrey: the royal family was accused of racism

Donald Trump said he wants Meghan Markle to run for president in 2024 because it will help him make a decision about his own future. The Daily Mail.

In an interview with Fox News the other day, Trump was asked what he thinks about Megan's meeting with the Democrats and a possible election race.

He replied: "Well, I hope this will happen, because in this case I will have an even stronger feeling about participating in the race."

Trump added: “I'm not a fan of Meghan and what she has to say about the royal family and the queen. I think I know the queen. As you know, I've dated the Queen and I think the Queen is an amazing person and I'm not a Meghan fan. "

“When I spoke to the President this morning ... he said, 'Yeah, [Megan] is no good. I said that, and now everyone can see it. "

“But you understand that if you say anything negative about Meghan Markle, you will fall victim to a culture of cancellation like Peter Morgan,” Miller says.

According to "Wikipedia", abolition culture is a modern form of ostracism, in which a person is deprived of support and condemned in social or professional communities, both online and in social media, and in the real world. It happened with the famous TV presenter Pierce Morgan. He stepped down from his post at Good Morning Britain due to his comments on Meghan's interview.

The host said that he “didn’t believe a single word” of what Meghan said about how she experienced royal racism and thought about suicide when she was pregnant with Archie’s son.

Trump has spoken out against Meghan in the past, including when he called her “vile” in 2019.

Miller, who served as Trump's chief spokesman for his 2016 campaign and as his senior advisor for the 2020 campaign, quoted Trump as saying, “I'm on Pierce's team. Pierce is the best, he is the greatest, and they tried to "undo" him simply because he was criticizing Meghan Markle. This is just the last chapter of the awakened culture. "

Trump and the Sussex have a history of exchanging barbs.

The then president weighed in on Harry and Meghan's decision to leave the royal family in January 2020 and expressed sympathy for Queen Elizabeth II.

“I think it's sad. The Queen is a great woman, ”Trump told Fox News.“ If you look, she was never wrong. I mean, she behaves flawlessly. "

Asked by host Laura Ingram at the time if Harry should "return to the family," Trump said, “I don't want to go into details. But I just have a lot of respect for the queen. I don't think this should be happening to her. "

Trump hooked Meghan again last fall after she and Harry made an unprecedented decision to comment on the upcoming U.S. election, which many interpret as backing incumbent President Joe Biden.

“I'm not a fan of her,” Trump said of Megan. “I'd say that — and she probably heard it. I wish Harry the best of luck because he will need it. "

Meghan and Harry broke with the royal convention when they released a video message that thinly veiled criticism of Trump. In the video, which was included in the Time 100 in connection with the publication of the list of the most influential people of 2020, Harry called on Americans to "reject hate speech," and Megan called it "the most important choices in our lives." Many saw this as an attempt to prick Trump.